The Lens Of Photog Heinz Kluetmeier Told a Story 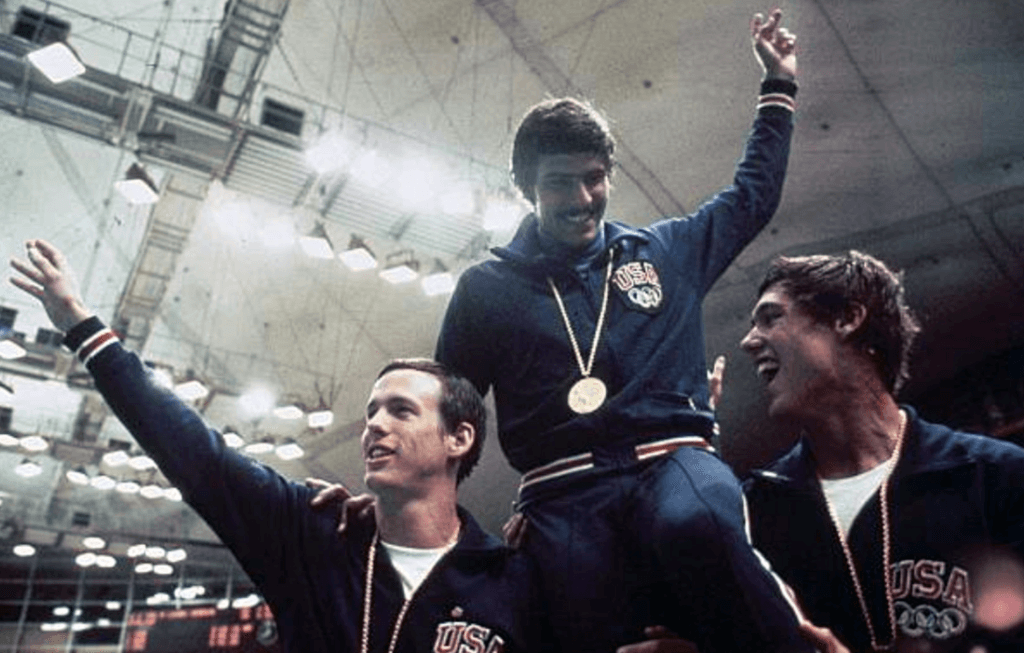 While swimming constitutes just a small portion of his incredible portfolio, no photographer has meant more to swimming history and the International Swimming Hall of Fame than Heinz Kluetmeier. From the eras of Mark Spitz to Michael Phelps, he was there to persevere for posterity the great moments in swimming history. He is, perhaps, best known in the world of swimming for capturing the image that proved Phelps out-touched Milorad Cavic in the 100-meter butterfly at the 2008 Beijing Olympic Games. But in the world of photography, he is revered by the current generation of photographers, including Al Bello, Donald Miralle, Giorgio Scala, Simon Bruty and Mike Lewis, among many others, as a master.

Born in Berlin, Germany in 1943, but raised in Milwaukee, Wis., Heinz Kluetmeier was introduced to the idea of a career in photojournalism while he was making a name for himself in the local papers as a member of Custer High School’s swimming and tennis teams—and was working part-time as a copywriter for the local Associated Press.

At the office, he also worked as a wire-photo operator and got to see hundreds of photographs. He started thinking he could do better than a lot of the photos he saw. Seeing his interest in photography, his parents bought him a Nikon S, and, as they say, the rest is history.

Upon graduating from high school, Kluetmeier was offered a full-time job as a photographer with the Milwaukee Journal. But he was persuaded by his father to pursue a degree in engineering at Dartmouth College. After graduating from Dartmouth, Kluetmeier got married and opted for the financial security of a full-time job. But his wife, Donna, recognized how unhappy he was and encouraged him to return to photography.

He went back to work at the Journal as a stringer for AP and started putting together a sports portfolio with the dream of landing a job at Sports Illustrated in New York City.

One of his early assignments for AP took him to Bloomington, Ind. to photograph Mark Spitz.

THE GOLDEN BOY OF SWIMMING

Mark Spitz had grown up in Sacramento, Calif., where he was a record-setting age group swimmer. He was introduced to competitive swimming by Ervin Zádor, the famous Hungarian water polo player. Then, while training under Coach Sherm Chavoor, he literally rewrote the national 10, 12 and 14-and-under age group record book before his father, Arnold, relocated the family to Santa Clara so he and his sisters could train with George Haines.

Mark broke onto the international scene in 1965 when he won four gold medals as a 15-year-old at the Maccabiah Games, in Tel Aviv, Israel. By 1967, experts were predicting he could win as many as six gold medals at the 1968 Mexico City Olympic Games.

But as SI reporter Jerry Kirshenbaum wrote, “Suffering from turista, tonsilitis and an Olympic-size case of the jitters, Spitz ended with only two golds (both for relays) plus a silver and a bronze for finishing second and third in individual races. It was a medal haul that would have been prodigious for almost anybody else, but for Spitz it was failure.”

Yet this “failure” would provide him with the experience and motivation he needed to make an even more ambitious run four years later.

When the Games in Mexico City ended in October of 1968, Mark Spitz was set to begin his collegiate career in California in January. But at the last minute, he changed his mind and went to swim for Doc Counsilman at Indiana University. At about the same time Mark was making his NCAA debut as a Hoosier, a young staff photographer at the Milwaukee Journal arrived in Bloomington.

“I had heard,” said Heinz, “that early in his career, he had a reputation for being a spoiled brat, a misfit and a loner. That’s not the man I came to know. From the first time I met him, I found him to be a nice guy, likable, cooperative, low-key, almost shy. He was also very handsome and photogenic.” After that first meeting, Heinz photographed Spitz several more times at meets leading up to the Munich Olympic Games. At the 1971 U.S. Nationals, he photographed Mark with his father, Arnold, whose Lombardi-esque credo for Mark growing up was, “Swimming isn’t everything. Winning is!” And Mark had pretty much lived up to it until the Olympic Games in Mexico City. But under the guidance of Doc Counsilman, Mark had found that there was more to life than winning and swimming—and that understanding would produce what was at the time, the greatest achievement in Olympic history.

“I really liked Mark,” says Heinz. “In fact, I liked all the swimmers who swam for Doc Counsilman. I loved watching him work. He cared about the people who swam for him. He treated them like human beings unlike another, perhaps better known coach in Bloomington” (a reference to Hoosier basketball coach Bobby Knight).

At the 1972 Olympic Trials, which were held in Chicago’s Portage Park, Spitz won four individual events and qualified for three relay teams. With the possibility of him winning seven gold medals in Munich, Heinz was assigned to shoot Mark for an SI pre-Olympic cover.

“I think that technique and technical stuff are absolutely irrelevant to the picture in terms of what you do as a photographer,” says Kluetmeier. “I think the most important thing is to have a vision, to have an emotional feeling, to care about what you’re photographing, and to have something that’s already there in your heart, in your eye.

“For this picture of Spitz, I didn’t want to show him swimming. Of course it was important for him to be in the water, but I wanted to capture how I saw him—carefree, likable and handsome…exuding the confidence of a winner—and I think I captured that. He was comfortable in front of the camera and was a delight to work with.”

At the swimming pool in Munich, Kluetmeier tried for days to get access to the pool deck—for a unique point of view that other photographers could not get. Each time, the American delegate to FINA, Dr. Harold Henning, had made sure no photographers got on deck. But on the final day of competition, Henning was nowhere to be seen. Instead, Heinz found a German in charge and, being fluent in German, he talked his way onto the deck in time to capture the most memorable moment in Mark Spitz’ illustrious career.

Before swimming in the final event, the 400 meter medley relay, Mark’s teammates talked about what they should do for Mark. “Here was a guy who had done something no one will ever do again (seven gold medals, seven world records), said Jerry Heidenreich, “and so we decided to pick him up on our shoulders and carry him around the pool.”

“I couldn’t believe it was going on,” Mark said later. “To me, that was really exciting because I felt at that time, they kind of respected what I had done. I enjoy looking at that picture more than the picture of me holding seven medals, or whatever it was, because to me, you can’t go out and win a race and command respect, and I felt that it was a mutual feeling, of camaraderie amongst the team members, and I was really proud.”

“Instead of celebrating on the town after winning his seventh gold medal,” remembers Heinz, “Mark quietly reflected on his accomplishments over a quiet dinner with me and SI reporter Jerry Kirschenbaum. After dinner, we dropped him off at the Olympic Village. It was Sept. 4, 1972. At about the same time, the Palestinian ‘Black September’ terrorists were in the process of entering the Village and taking the Israeli athletes hostage.”

Less than a year later, Heinz called up Mark to ask if he could come to Mark’s wedding and take some pictures. “Of course,” Mark told him. The casual photo of Mark and his bride to-be, Suzy, before the wedding was featured on the cover of SI on May 14, 1973.

In 1989, Tom Jager and Matt Biondi dreamed up their “Dash For Cash” professional swim challenge. At the time, Spitz, at the age of 40, was still the most recognizable name in swimming. He was a successful businessman and was doing commentary for ABC Sports. But he wanted to explore what an athlete could do in the sport after the age of 30.

Mark was appearing in ads for Clairol that featured aging athletes touting anti-gray hair color. The company jumped in by creating a “made-for-TV” challenge on ABC’s Wide World of Sports with Mark against Jager and Biondi in a 50 meter butterfly.

In the first race, “Mark Spitz’s well-advertised head of hair, the promotional point of his match race with Tom Jager, held up perfectly. After 50 meters of chlorine, it was still jet black, proving that you certainly can fool ‘Mother Nature’ out of the pool. But in the pool, it was another matter.”

And there to capture the end of Mark’s short-lived professional swimming career was Heinz Kluetmeier.

Bruce Wigo, historian and consultant at the International Swimming Hall of Fame, served as president/CEO of IHOF from 2005-17.