The Gemmell Clan Is Uniquely Talented 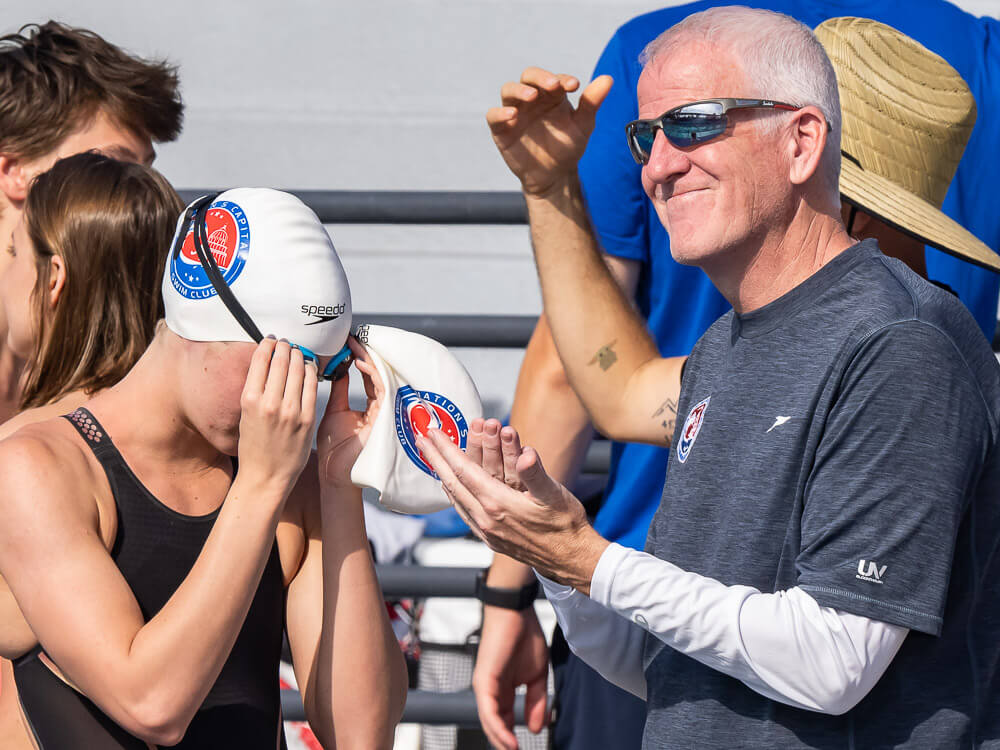 All In the Family: The Gemmell Clan Is Uniquely Talented

When Erin Gemmell was around 8 years old, her brother and father offered her some advice. If you’re going to pursue a sport, they said, maybe consider something other than swimming—some pursuit that’s less lonely, less laborious, less unforgiving of a spotlight.

It may have seemed an odd time for that to be their message. Older brother, Andrew Gemmell, had just been to the Olympics in 2012, finishing ninth in the 1500 freestyle. He’d won a gold medal in the 5-kilometer swim at the 2011 FINA World Championships. Erin’s and Andrew’s father, Bruce Gemmell, had moved during the fall following those Olympics from Delaware Swim Team (DST) to Nation’s Capital Swim Club (NCAP), inheriting a certain London gold medalist in the women’s 800 free by the name of Katie Ledecky.

Erin, though, didn’t quite heed the direction her dad and older brother were steering her. “She didn’t take our advice,” Andrew told Swimming World. “Maybe it was bad advice. Maybe she was just smarter than us.”

Either way, Erin looks set to author the next chapter of the Gemmell family’s long and illustrious swimming history, one that might lead to the Paris Olympics. If she gets there, it will mean a Gemmell has been in Team USA colors for three of the last four Games, a legacy few families can match.

The Gemmells’ history in the sport goes back long before Erin was put to a decision about her future in the pool. Bruce was a distinguished swimmer in the 1980s. A standout at the University of Michigan and the 1982 Big Ten champion in the 400 individual medley, he qualified for U.S. Olympic Trials in 1980 and 1984. He didn’t get near qualifying for either team, and he settled into a successful career as an engineering manager and consultant—he holds a dozen patents—while dabbling in coaching. He had chances as a graduate assistant in the 1980s with the then young coach of the Wolverines, Jon Urbanchek, and in the 1990s when Andrew was young. But it wasn’t until Erin grew into the sport in the early aughts that he devoted himself to the pool deck full-time.

From his successful stint with DST, Bruce helped elevate NCAP to a perennial top club. In addition to Ledecky, the program has churned out many national teamers through the years. Bruce has followed them to a bevy of events: as an assistant coach at the 2016 Olympics and a coach at two World Championships and two World Junior Championships. He was recognized as the coach of the year by USA Swimming and the American Swimming Coaches Association three times from 2013-15.

Andrew was one of those notable pupils. He medaled at national open water events as early as 2009, when he was still in high school. His national title in the 1500 in 2011 set him up as a contender for the London Olympics. He won that event at Olympic Trials, booking his place in the Games. He finished ninth in London and became a six-time All-American at the University of Georgia before a postgrad stint at Michigan in his unsuccessful bid to reach the Rio Games. (He received a master’s degree in economics from Georgetown and is now a director at KPMG, one of the world’s leading professional services firms.) The next in that line is Erin, almost 14 years younger and from a second marriage. Despite their attempts at dissuasion, Bruce recognized a special attraction to the water in his daughter as an infant, something that couldn’t be communicated as it predated Erin’s ability to speak.

It’s paying off for Erin, who has burst into the conversation for the 2024 Paris Games, albeit amid a monstrously deep American talent pool. She won a national title this summer in the 400 freestyle after finishing runner-up to Ledecky in the 200. She’ll make her senior national team debut in December, just after she turns 18, at the FINA Short Course World Championships.

Erin was one of the stars of the 2022 Junior Pan Pacific Championships, setting meet records en route to gold in the 100, 200 and 400 free, plus three relay golds and individual bronze in the 50 free. She’s committed her college future to the University of Texas.

With both kids, Bruce sought individualized balances between swimming and family life. Andrew is certain that Erin is benefiting from some of the kinks that he and Bruce worked out when she was just a young child. As Andrew became more successful in the pool, their communications strategies evolved. They didn’t talk much about specifics in swimming at home, and when they did, it was usually in a space firewalled off from the rest of life, like over a lunch outing. That borderline—of where the father-child interactions end and the coach-swimmer dynamics begin—is different with each child, but they are lines that they have tried to pencil in darkly.

One important boundary set with Andrew, for instance, was not to talk after a race, good or bad, until he had a chance to warm down in the pool. Erin will often denote questions that are aimed at either “Father Bruce” or “Coach Bruce,” in the off chance the answers might conflict.

“I really enjoyed spending a lot of time with my dad,” Andrew said. “We had a really good relationship, as coach-athlete and as father and son, and both of those made it work really well.”

Andrew’s reflex was always to work more. If ever he disagreed with a strategy or approach, his response would be to buckle down and do the work—a consummate willingness to absorb punishment typical of a distance swimmer—and ask questions later. As a coach, Bruce appreciated the ease that brought, but both admit it might not have been the most sustainable. Andrew concedes, “that maybe my brain was broken a little in that way,” and Bruce wonders, “if I may have done him a disservice by giving him as much work as I gave him.”

The approach with Erin is more nuanced. She’s more liable to question a workout or to prioritize quality over quantity. Instead of Andrew unquestioningly doing the five reps of a set, Erin is more likely to ask if four more intense reps might do the job instead.

“It’s a different approach to the work that needs to be done,” Bruce said. “She probably has forced me to be a little bit more creative and innovative and on top of things rather than Andrew’s nose-to-the-grindstone type of approach.”

Andrew enjoys watching his younger sister compete, though he admits it’s much more stressful than when he was in the water. Much of that stems from his lack of control from the stands, not to mention his slight bemusement of his sister excelling in the 50 and 100 while he once toiled through races too long for the pool to contain.

“With her, it’s completely out of my hands,” Andrew said. “I enjoy watching Erin have the success that she’s been having, and I love to see the fun she’s having with the sport. I think that was always the most important thing.”

As a coach and a parent, Bruce takes pride in his children’s accomplishments from dual vantage points. There, too, he draws a notable line between the two realms.

“I’m so proud of them as people,” he said. “They happen to be relatively good swimmers. I think they’re better or as good of people as they are swimmers, and that’s way more important than how fast they may swim on any given day.”

Advice for Getting Back in the Studio — A Dancer’s Life