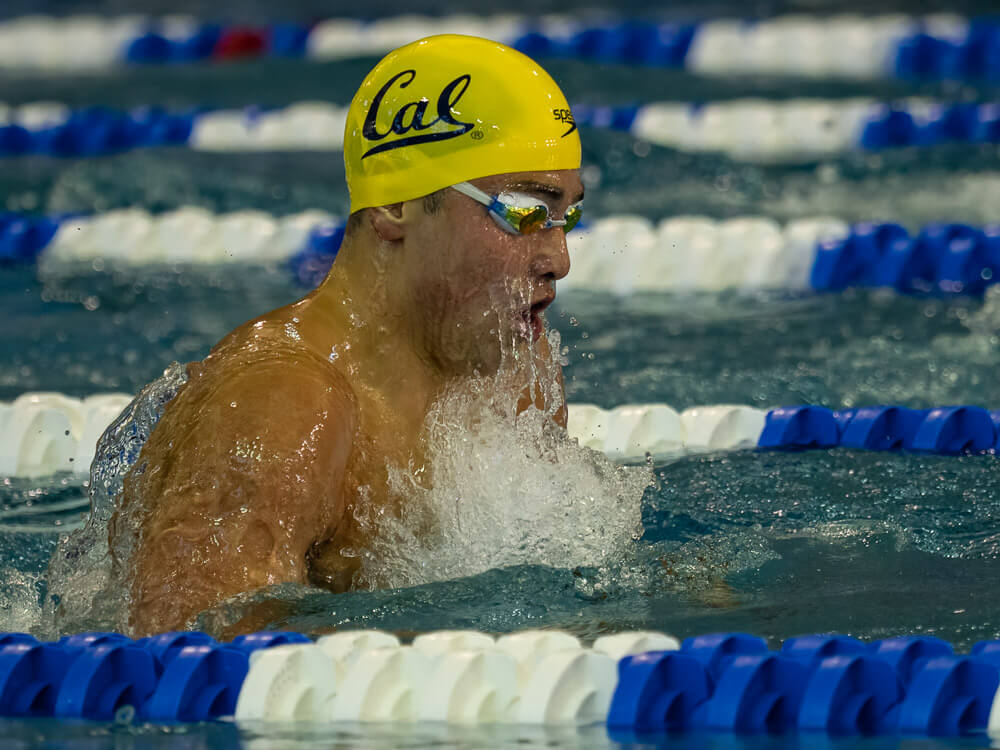 For the second consecutive season, the two top men’s swimming programs in the country will race at midseason as the Texas Longhorns and California Golden Bears are among the teams set to race at the Minnesota Invitational, which begins Wednesday at the Jean K. Freeman Aquatic Center in Minneapolis. The two teams raced in Minneapolis last December with the Longhorns dominating their longtime rivals, but Cal turned the tables with a dramatic win at the NCAA Men’s Championships in March.

The psych sheet for the Minnesota meet is posted and available here.

The Cal men lost several significant contributors from last year’s title-winning squad, including Trenton Julian, Daniel Carr and Bryce Mefford, but this year’s Bears roster is led by defending 200 backstroke national champion Destin Lasco, sprint star Bjorn Seeliger, rising 200 butterfly specialist Gabriel Jett and breaststrokers Liam Bell and Reece Whitley. Lasco highlights both backstroke events plus the 200 IM in Minneapolis, while Seeliger is entered in the 50 free, 100 free and 100 back. Jett is currently listed for five events (500 free, 200 IM, 100 fly, 200 free and 200 fly), but it’s doubtful he races all of them.

For Texas, Carson Foster is set to race the 500 freestyle Thursday after he recently blasted a time of 4:09.43 at a Texas practice. Foster and his older brother Jake are both entered in the 200 IM and 400 IM but no events Saturday. Both are scheduled to race at the Short Course World Championships, so it would not be surprising if the two swimmers left the meet early.

Also racing for Texas this weekend are 200 freestyle specialists Coby Carrozza, a member of the U.S. World Championships team, and Luke Hobson, the U.S. National champion in the 200-meter free who emerged with a handful of powerful swims at last year’s Minnesota meet. Notably, Texas will be without breaststroker Caspar Corbeau, the runnerup in the 100 breast at last year’s NCAA Championships, as the Dutch star prepares to race at Short Course Worlds shortly thereafter.

While the meet will not be a perfect preview for the NCAA Championships showdown between Texas and Cal given the swimmers absent and the unclear amount of focus each team is placing on the meet, it will still provide a good check-in point for fans of both teams in the leadup to March.

Other teams racing include Wisconsin, Arizona, Harvard, Pitt, UNLV and of course the hosting Golden Gophers. Max McHugh, racing in his fifth year at Minnesota, will be in action in the breaststroke events as he seeks a third consecutive national title in the 100-yard race.

On the women’s side, the Texas women will be the top team present. Senior Kelly Pash is entered in the 200 IM, 100 fly, 200 free and 200 fly, while Anna Elendt and Lydia Jacoby lead the way in the women’s breaststroke events and graduate transfer Dakota Luther joins Pash and Emma Sticklen racing butterfly. After impressive midseason performances by top rivals Virginia and Stanford prior to Thanksgiving, we’ll see how the Longhorns stack up at their midway point.

The start of the final day could produce two of the top women’s races of the meet. In the women’s 1650 free, defending national champion Paige McKenna of Wisconsin will race runnerup and 1500-meter free Olympic silver medalist Erica Sullivan of Texas, while the 200 back features Wisconsin’s Phoebe Bacon racing Cal’s Isabelle Stadden. Bacon was the 2021 national champion and 2022 national runnerup in the 200 back before winning silver in the 200-meter back at the World Championships this summer, while Stadden captured bronze in the 200-meter back at Short Course Worlds last year and will again compete for the U.S. less than two weeks later in Melbourne.

Learn How to Do Triangle Pose (Trikonasana)