Stanford Men Bounce Back with Sweep of Arizona 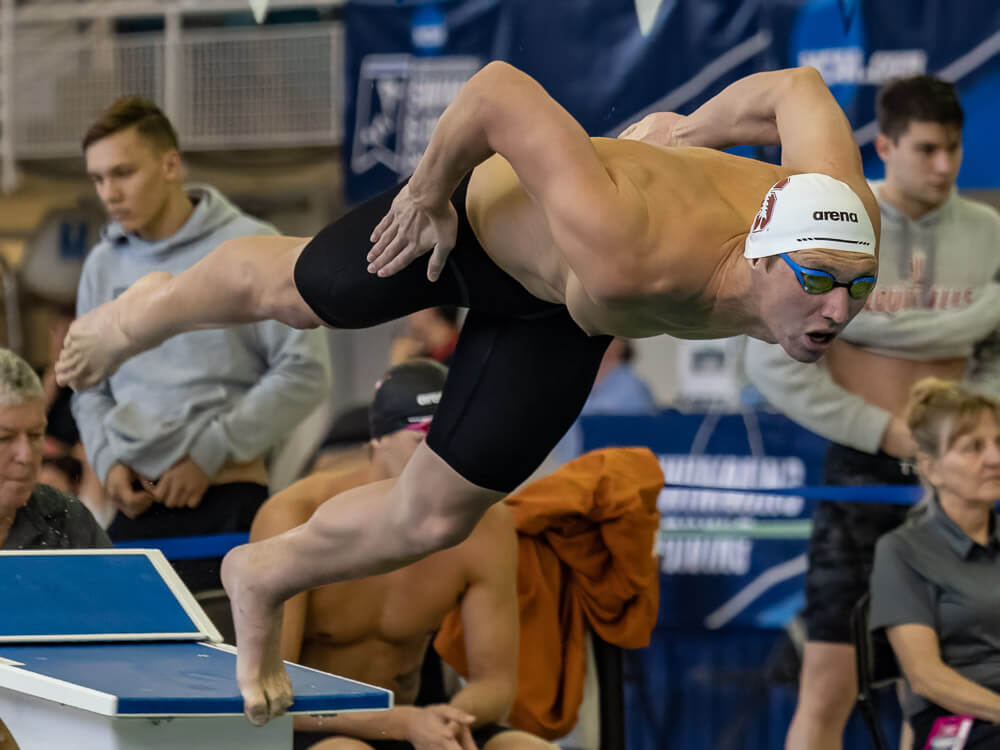 Stanford Men Bounce Back in Sweep of Arizona

The Stanford women won every event in leading a sweep of Arizona Saturday in Tucson. The men’s team, ranked 12th in the nation, claimed a 190-86 win over the Wildcats, a day after falling to Arizona State. The women’s team completed a sweep of the Arizona schools on the weekend by downing Arizona, 169.5-99.5.

The women’s team didn’t exactly have to max out their lineup to get things done easily. The 100 backstroke was a fitting early statement, won by Claire Curzan in 52.95 seconds. Janelle Rudolph and Amy Tang followed her to the wall.

Morgan Tankersley won the 200 free, by .26 seconds over teammate Natalie Mannion, and was third in the 50 free. Mannion won the 500 free, ahead of Lucy Bell, who won the 100 breaststroke. Lillie Nordmann won the 200 fly and was second to Alex Crisera in the 200 back.

Arizona won both diving events behind Delaney Schnell, who scored 342.38 on 1-meter and 320.48 on platform.

Beyond that, the most excitement came from Andrei Minakov laying down a time of 43.72 off the front of the 400 free relay. That helped the team of Luke Maurer, Leon MacAlister and Neel Roy win in 2:55.95.

Arizona fired an opening salvo by winning the 200 medley relay by .22 seconds, the squad of Ryans – Ryan Purdy, Ryan Foote, Ryan Perham – and Marin Ercegovic going 1:28.37, but they couldn’t sustain it. Ercegovic was the runner-up in the 50 free, as was Purdy in the 100 back and Foote in the 100 breast. Parnham was third in the 50 and the 500 free.

Arizona’s only win came in the 200 fly via Haakon Naughton.