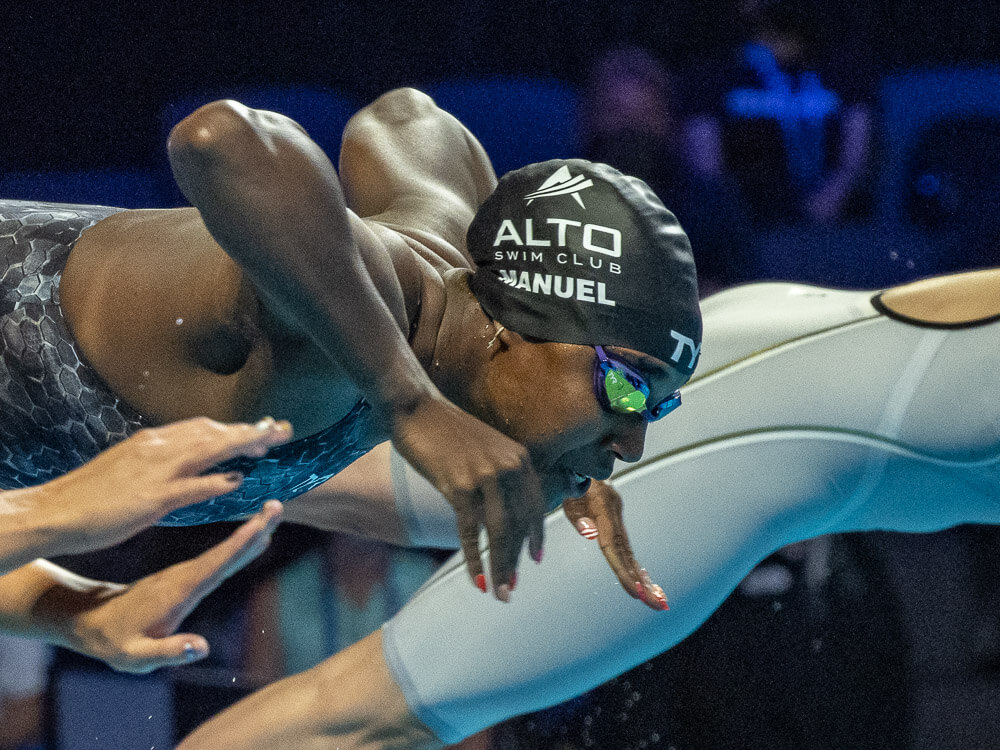 Simone Manuel will make her return to major swimming competition at the TYR Pro Swim Series in Knoxville next week.

The psych sheet has been released and Manuel is listed in several events. This will be her first major competition since the Tokyo Olympics.

A two-time Olympian, Simone Manuel became the first African-American woman to earn an individual gold medal at the Olympics when she shared the title in the 100 freestyle with Canadian Penny Oleksiak. She struggled at the 2021 Trials, revealing her challenge with overtraining syndrome. She still made the United States team for the Tokyo Games in the 50 freestyle. She has not raced competitively since Tokyo, where she helped the U.S. to bronze in the 400 freestyle relay. She finished 11th in the 50 free.

Manuel, an NCAA champion at Stanford, took some time off after the Olympics and moved her training from Stanford to Arizona State with Bob Bowman in August.

Simone Manuel joined a long list of stars in Bowman’s pro group in recent months. Hali Flickinger and Allison Schmitt have been there for a while, but this year has seen the additions of Olivia Smoliga, Regan Smith, Chase Kalisz, Jay Litherland and Sierra Schmidt in recent months and weeks.

“After a long and much needed break, I have made major changes. I am excited to announce that I will be training at ASU under the guidance of Bob Bowman, Herbie Behm and the coaching staff at ASU,” Simone Manuel wrote on Instagram in August.

Now, she will compete for Sun Devil Aquatics for the first time as she returns to high-level competition. She will be one of the many familiar faces slated to compete in the Pro Swim Series in Knoxville.

How the Wrong Dietary Fat Can Wreck Your Health