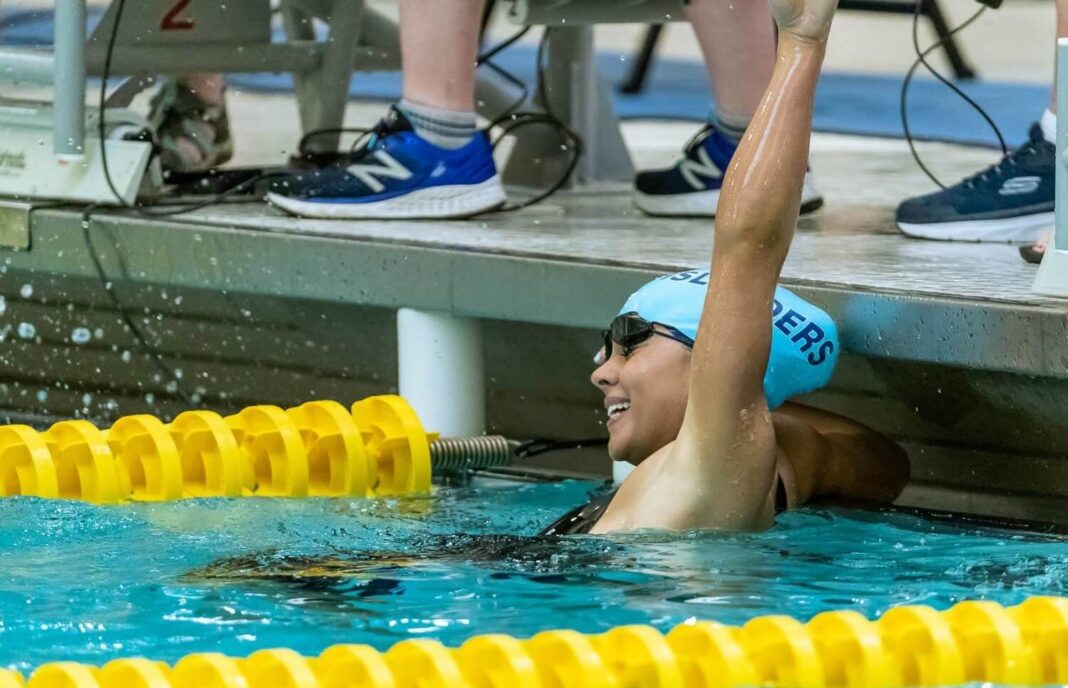 Barlaam’s was the last, and most impressive, of the bunch. He went 52.23 to chop eight tenths of a second off his record from last year. Barlaam had also owned the meet record since 2019 at 54.10. He was more than three seconds clear of France’s Ugo Didier in an event where Jamal Hill’s America’s record (56.16) was good for only fourth.

Barlaam’s medal brings Italy to a table-topping 16 gold medals and 37 total medals at the meet, which runs through Saturday.

Italy faces a late charge by the United States in the medal table, the Americans picking up four golds, all on the women’s side.

Leanne Smith made it four world titles in four days by winning the S3 50 backstroke. She clocked in at 55.08 seconds, nearly two seconds ahead of Great Britain’s Ellie Challis.

Anastasia Pagonis picked up a second world title by claiming the SM11 200 IM by a margin of nearly 16 seconds. Gia Pergolini won her second gold and third medal by setting a meet record in the S13 100 back of 1:04.80. (Second in that event was Australia’s Katja Dedekind in an Oceania record of 1:05.98.) And Julia Gaffney won her second event of the week by going 1:21.03 in the S7 100 back. Teammate McKenzie Coan garnered bronze.

Dos Santos helped Brazil win four gold medals on the evening. Maria Carolina Gomes Santiago won the SB12 100 breast in 1:14.91. (The event produced an Asian record for silver medalist Sophie Jin Wen Soon of Singapore and an African record for South Africa’s Cornelle Leach.) Mariana Ribeiro outsprinted the group in the S9 women’s 100 free, her time of 1:03.04 just .31 ahead of Australia’s Emily Beecroft and .36 up on Spain’s Sarai Gascon. Brazil won gold in the 49 points mixed 400 medley relay and bronze in the S14 mixed 400 free relay.

Great Britain’s Maisie Summer-Newton won the S6 women’s 400 free. Canada’s Nicolas-Guy Turbide won the men’s S13 100 back, his time of 1:00.17 less than a second ahead of Thomas van Wanrooij of the Netherlands and Ukraine’s Oleksii Virchenko. Danielle Dorris won silver in the S7 100 back for Canada.

Ukraine added another gold medal via Andrii Trusov in the S7 men’s 100 back and silver from Oleksii Fedyna in the men’s SB12 100 breast and Mykhailo Serbin in the men’s SM11 200 IM. Denys Ostapchenko won bronze in the S3 men’s 50 back.

Greece picked up a pair of gold medals, with Dimosthenis Michalentzakis outsprinting the field in the S8 men’s 100 free and Alexandra Stamatopoulou claiming the S4 women’s 50 back. Arnost Petracek earned the Czech Republic’s first gold medal of the meet, his time of 41.94 in the S4 50 back besting Cameron Leslie of Australia by 0.60 seconds.

Vali Israfilov won the SB12 men’s 100 breast for Azerbaijan. Diego Lopez Diaz and Jesus Hernandez made it a Mexican 1-2 in the S3 men’s 50 back. Spain’s Antoni Ponce Bertran dominated the SM5 200 IM.

Roger Tomas is an Agent of Fitness for Major League Baseball