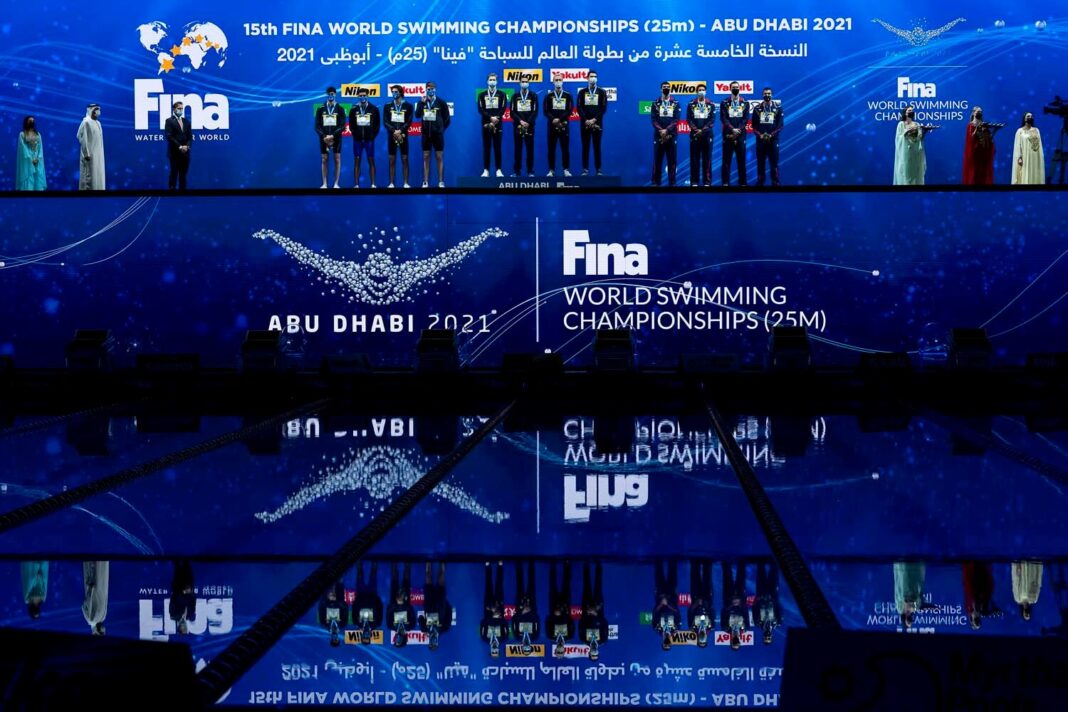 We’re down to the last month of 2022. With the International Swimming League on hiatus this year, it has been a relatively quiet fall after three consecutive months of major international competitions in June, July and August, but the schedule picks back up in December with three consecutive weeks of high-quality competition centered in the United States and in Australia.

Not every top American swimmer will be on hand in Greensboro this weekend, but plenty will, and after a long fall focused mainly on training, the post-Thanksgiving event serves as a good barometer in the long leadup to next year’s International Team Trials in late June. Perhaps the highlight will be Katie Ledecky facing off against Canadian teenager Summer McIntosh in the 400 freestyle, but we’ll also get to see Leah Hayes returning to the site of her breakthrough Trials in April, in which her second-place finish in the 200 IM qualified her for World Championships, Abbey Weitzeil racing long course for the first time since a disappointing Trials, Regan Smith competing for the first time since relocating her training to Arizona State University and Erin Gemmell trying to follow up on a huge summer performance of her own in the middle-distance events.

The men’s meet won’t be as competitive as the women’s, but Chase Kalisz will have a full slate of events while Hunter Armstrong returns to Greensboro for the first time since his world-record-breaking swim in the 50 backstroke in April. Canada’s Josh Liendo will be racing long course for the first time since winning gold in the 100 butterfly at the Commonwealth Games, and Virginia’s Matt King will try to keep up with him in the sprint freestyle events.

Most top college swim teams have already completed their midseason meets, but the women and men of Texas and Cal are among the teams waiting until after Thanksgiving. The Longhorns and Golden Bears will be in Minneapolis this weekend, and on the men’s side, this meet will be something of a preview for the national championship meet in March (to be held in the same University of Minnesota pool) as Cal and Texas aim for their ninth consecutive 1-2 finish in some order. Long before Cal won last year’s national title, Texas was dominant in their midseason clash, so we shouldn’t read too much into the results, but this will still be a good barometer. Meanwhile, the Texas women will get a chance to lay down some quick times after top rivals Virginia and Stanford already finished their invites.

We don’t know yet what swimmers will be in attendance at this two-site showcase, but the December edition of Junior Nationals (held in a 25-yard pool) always produces some outstanding performances. Already-well-known swimmers can take steps forward, and new faces can introduce themselves to perspective college coaches and swimming fans alike. Katie Grimes and Bella Sims were already Olympians before last year’s Juniors, but they still shocked onlookers as both swam times faster than the eventual winning marks at the NCAA Championships in the 500 free while Grimes surpassed the eventual winning time in the 1650 free and gave a first indication that she would soon be a national and international contender in the 400 IM.

Also at last year’s meets, Thomas Heilman ran roughshod through the 13-14 national age group record book, while swimmers such as Hayes, Baylor Nelson, Alex Shackell and Anna Moesch made their first national-level impressions. We’ll see who takes advantage of the opportunity this year and uses Juniors to propel themselves into 2023.

The six-day Short Course World Championships will conclude the major competition slate for this year, and the 2022 edition shapes up as a much more competitive meet than the 2021 edition in Abu Dhabi where Siobhan Haughey, Maggie Mac Neil and Florian Wellbrock all broke individual world records. The American team will be missing some big names but should still be a more-than-capable bunch, while Australia should have a big group competing at this home Worlds after only one Aussie made the trip to Abu Dhabi last year. This meet includes three rounds of 50 and 100-meter races while 200s and up go directly to finals, and the program includes a whopping 12 relays, with 200, 400 and 800 freestyle relays and 200 and 400 medley relays for women and men plus mixed 200 free and 200 medley relays.

Most Americans Over 50 Suffer Some Type of Joint Pain (Poll)