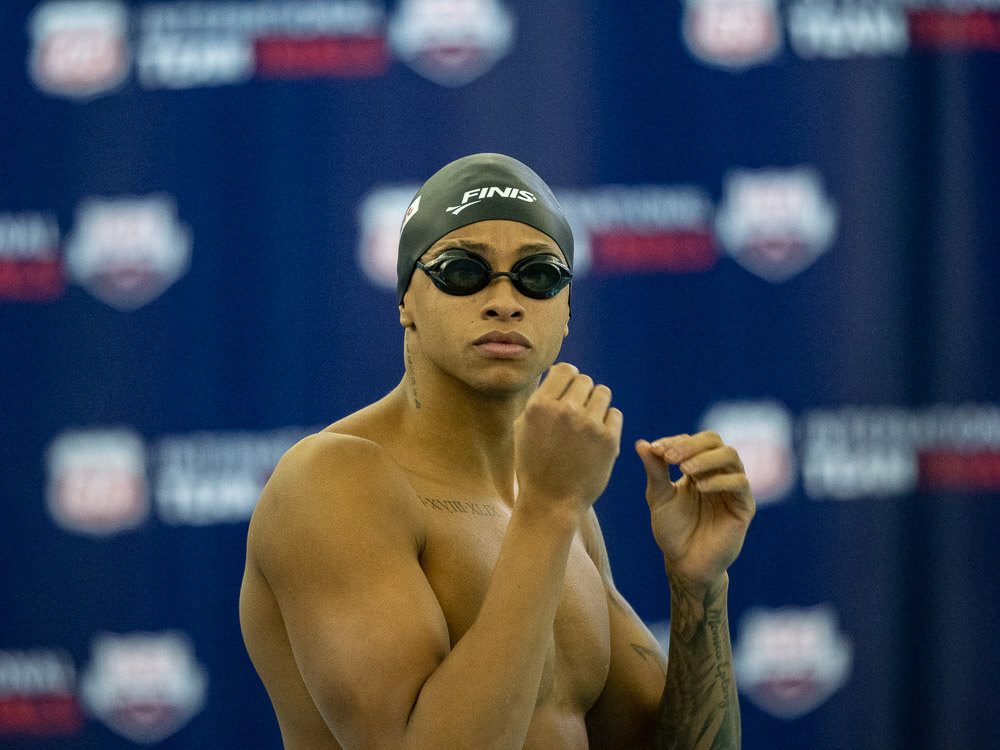 After narrowly missing the U.S. Olympic team in 2021, Shaine Casas has emerged internationally over the past year. He swam at his first major international long course meet last month as he claimed bronze in the 200 backstroke at the World Championships, but the versatile 22-year-old is skilled in a wide range of events. Competing this weekend at Sectionals in Austin, Casas won the 100 freestyle in 48.23 Thursday, and then he checked in with a 52.51 100 back Friday.

His performance Saturday was the most impressive of all as he dominated the 100 butterfly. Casas was out in 23.42, and he returned in 27.14 for a final time of 50.56. That time ranks Casas third in the world for 2022 behind world-record holder Caeleb Dressel and world champion Kristof Milak, and he moved into a tie for ninth all-time with South Africa’s Chad le Clos, the 2013 and 2015 world champion in the event. Among Americans, only Dressel, three-time Olympic champion Michael Phelps and two-time world champion Ian Crocker have ever recorded quicker performances.

Casas arrived at the U.S. International Team Trials in April as a strong contender to qualify for the World Championships in the 100 fly, but he chose to skip the race and focus on the 50 back that same evening. But after swimming a time that would have been good enough to win silver at Worlds, Casas is likely to put more attention on the event moving forward.

Casas will swim one final event at Sectionals, the 200 IM. He skipped that event at Trials as well, but he swam a time of 1:56.70 in April, so it would be no surprise if he recorded another internationally-ranked time Sunday evening.

Behind The Stage: A Bodybuilding Journey Jessica Reyes Padilla

How Many Kids Does Pink Have?