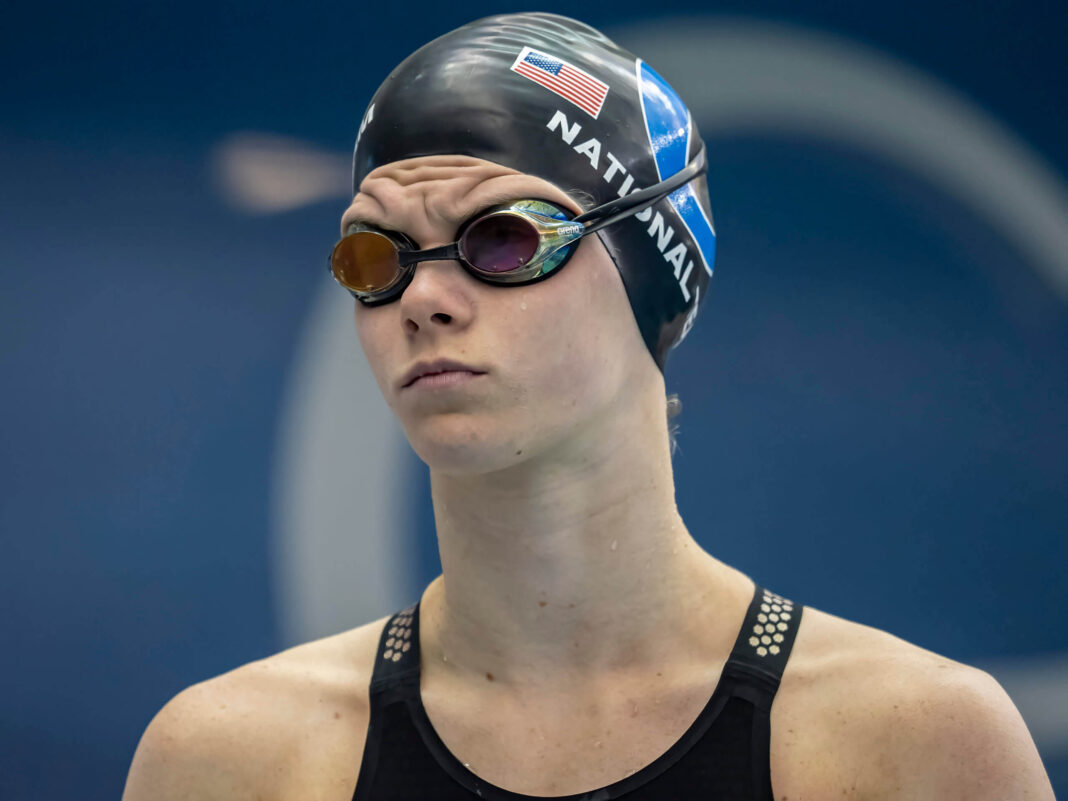 During the first evening of finals at U.S. Junior Nationals in Irvine, Calif., a pair of siblings representing the Carmel Swim Club began the meet with resounding wins in their respective 200 butterfly races. 15-year-old Alex Shackell broke 2:10 for the first time as she won the women’s event before older brother Aaron Shackell out-dueled Thomas Heilman to capture first in the men’s race.

Alex Shackell was narrowly behind the women’s field after 100 meters of her final, but she blasted ahead on the third 50, and she ended up winning the race by almost three seconds. She touched in 2:09.44, breaking her lifetime best of 2:10.00 set in prelims (after entering with a top mark of 2:10.21). Shackell placed 10th in the 200 fly at the U.S. International Team Trials in April, but this mark would have been good enough for seventh at that qualification meet. Badger’s Hana Shimizu-Bowers placed second in 2:12.41, and third went to Patriot’s Annika Parkhe in 2:12.54.

In the men’s event, Aaron Shackell held off Heilman by four tenths as he swam to a time of 1:57.42. Like his sister, Shackell also improved his lifetime best twice in one day. Heilman came in second in 1:57.84, his best time by two tenths, and third went to Jersey Wahoos’ Henry McFadden in 1:59.01. All of those top three swimmers along with Alex Shackell are set to represent the United States at the Junior Pan Pacific Championships next month.

Elmbrook won the women’s 200 medley relay with a team of Maggie Wanezek, Thomas, Campbell Stoll and Abby Wanezek combining to swim a time of 1:51.41. Just behind was Carmel in 1:52.08, with Berit Berglund leading off in 28.29 (just ahead of Maggie Wanezek’s 28.39) and Shackell anchoring in a blistering 24.71. In the men’s 200 medley relay, Dynamo’s team of Idris Muhammad, Britton Spann, Owen McDonald and Leo Roden got the win in 1:41.93.

When Should My Child Start Pointe?