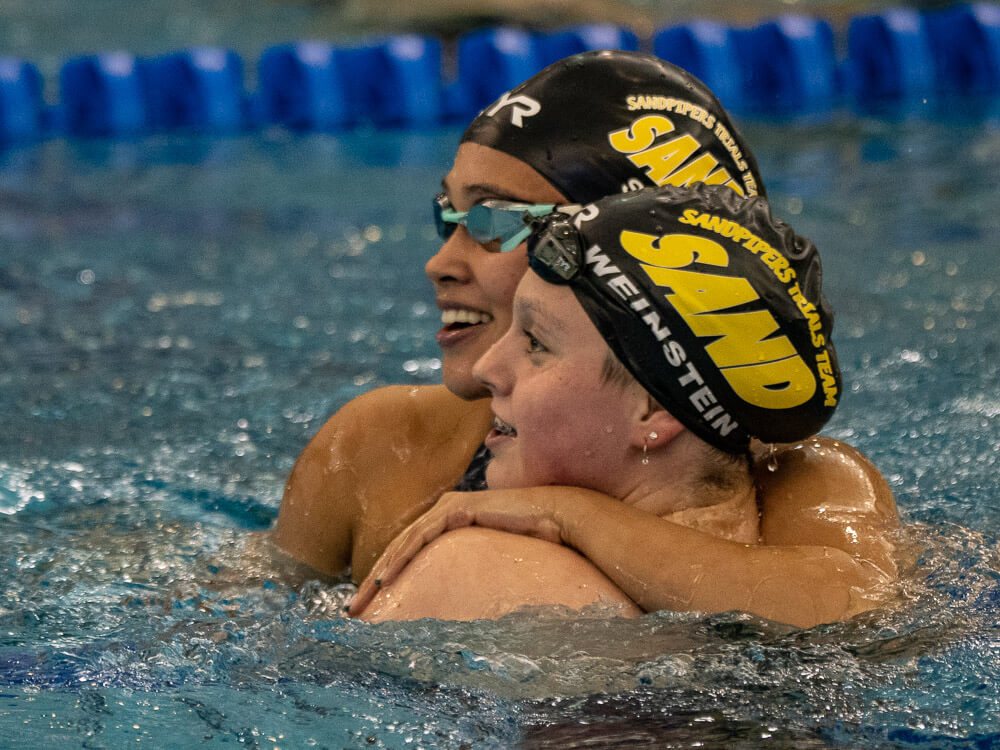 A dominant performance at Junior Nationals West for the Sandpipers of Nevada finished exactly the same way it started: with a National Age Group record in a freestyle relay. Bella Sims, who had already won the 200 backstroke and 200 butterfly Saturday evening while moving into the all-time top-10 in both events, led off in 47.16 to give her team a big lead, and Katie Grimes, fresh off a win in the 1650 free plus podium finishes in the 200 back and 200 fly, handled the second leg. Macky Hodges and Claire Weinstein finished up the win as the team clocked 3:13.15.

That time annihilated the existing 15-18 National Age Group record of 3:15.38 by more than two seconds. The old mark, set in 2015, was set by a loaded group from the Carmel Swim Club that included Veronica Burchill, Claire Adams, Kendall Smith and Amy Bilquist. The Sandpipers swimmers, two of whom are already Olympians and another of whom jumped onto the senior international level in 2022, surpassed that mark even though the majority of the group are not sprint specialists.

In the end, the Sandpipers finished the meet with wins in four out of five women’s relays and with nine individual victories: six from Sims, two from Grimes and another from Luke Ellis in the boys’ 1650 freestyle.

August 2022 Strala Home Calendar: If You Can Breathe, You Can Do Yoga