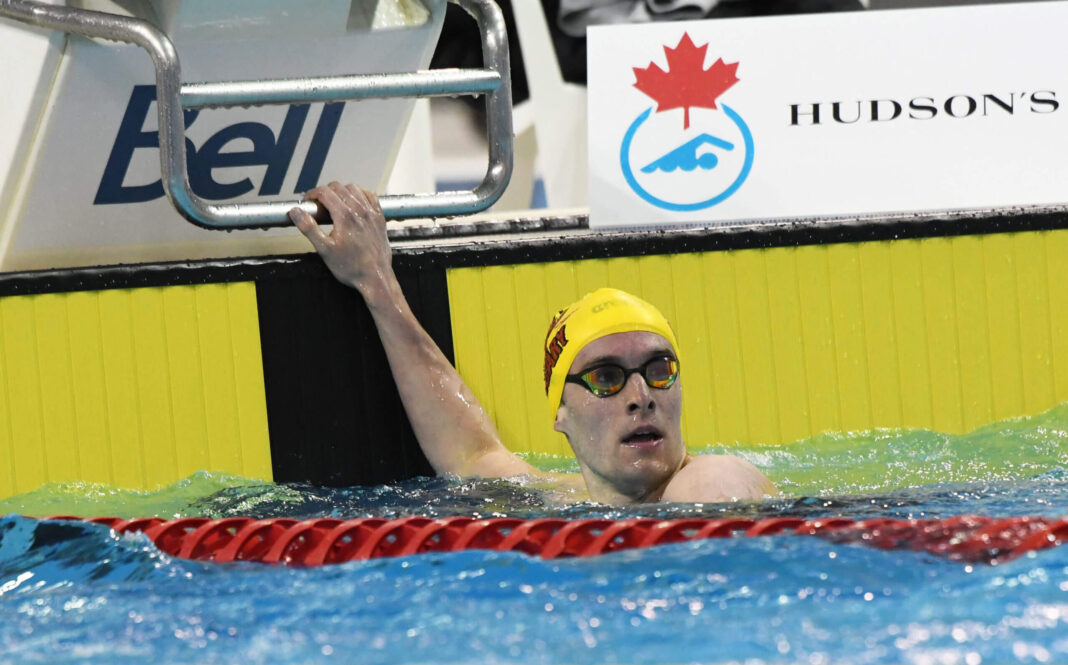 Mallette, 42, is leading the team at the Commonwealth Games as a team coach. He’s been working in High Performance Centres since 2012 in one capacity of another and was named the interim head in March.

“It’s something that I’m familiar with. I’m excited to work with the athletes,” Mallette said via Zoom from Swimming Canada’s staging camp in Caen, France. “I’ve been working with them since 2019 in Ontario. This year, as interim head coach, I really had a strong focus on getting us through Trials, getting into world championships. We’ve had fantastic results, and now getting us through Commonwealth Games. Looking forward to that as well.”

Mallette started working in High Performance Centres in 2012 and was on his first Swimming Canada national team staff in 2014. He served as the head coach for the 2016 Short-Course World Championships. He worked as the head coach of HPC-Victoria from 2015-19, overseeing the careers of Hilary Caldwell and Ryan Cochrane, among others.

He was named an associate head coach at HPC-Ontario in 2019 and became the interim head coach in March. He interviewed for the permanent position after the World Championships.

“We feel absolutely delighted to have Ryan to continue the work that he did from March through Trials through World Championships, and we’re thrilled to have him on board working with us full-time in that position as the confirmed coach,” High Performance Director John Atkinson said.

HPC-Ontario has been a key piece in Canada’s recent surge on the global stage, which led to 11 medals at the World Championships in Budapest after six at the Tokyo Olympics. Among his pupils are Summer McIntosh, Kylie Masse, Penny Oleksiak and Josh Liendo.

“We are so proud of how Ryan has progressed over the years as a homegrown Canadian coach,” Swimming Canada CEO Ahmed El-Awadi said in a press release. “He has worked extremely hard to help athletes meet and exceed their goals, stepped out of his comfort zone to take on new challenges, and been an important part of our success. We look forward to watching Ryan and his staff continue to succeed and grow along with our swimmers at the High Performance Centre Ontario.”