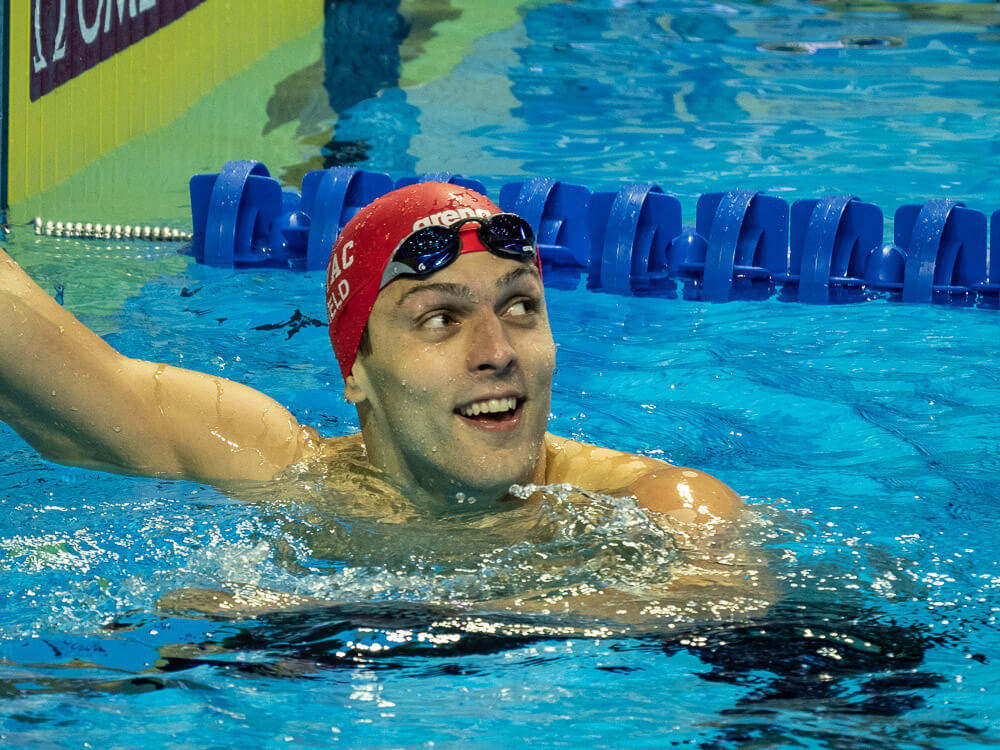 The United States, which has won the past two Olympic crowns and last two world titles, positioned itself for another international gold medal when it paced qualifying in the men’s 400-meter freestyle relay at the World Championships. Racing in the second of two heats at the Duna Arena in Budapest, the squad of Hunter Armstrong, Ryan Held, Justin Ress and Brooks Curry came through with a time of 3:10.80.

Armstrong led off for the Americans with a split of 48.34 and was followed by a superb effort from Held, a member of Team USA’s title-winning relay at the 2016 Olympics in Rio de Janeiro. Held checked in with a leg of 47.13 and was backed up by Ress’ marker of 47.57. Curry finished up the morning duties with a swim of 47.76. During the final, the Americans will add Caeleb Dressel to the equation, a move that will obviously bolster the United States’ strength.

Australia advanced to the final as the second seed following a performance of 3:11.97, which was slightly quicker than the 3:12.38 of Hungary. Australia’s best leg, not surprisingly, was the 47.11 anchor put together by Kyle Chalmers, the 2016 Olympic champion in the 100 freestyle. Meanwhile, Hungary benefited from a 47.36 second leg from Kristof Milak, the butterfly star who is clearly in peak form.

Great Britain and Canada qualified fourth and fifth, with the most notable swim from those countries being the 47.28 anchor of Josh Liendo for Canada.

Midlife weight gain isn’t due to a slowing metabolism

What Are Nootropics? My Take on Natural Brain-Boosting Supplements