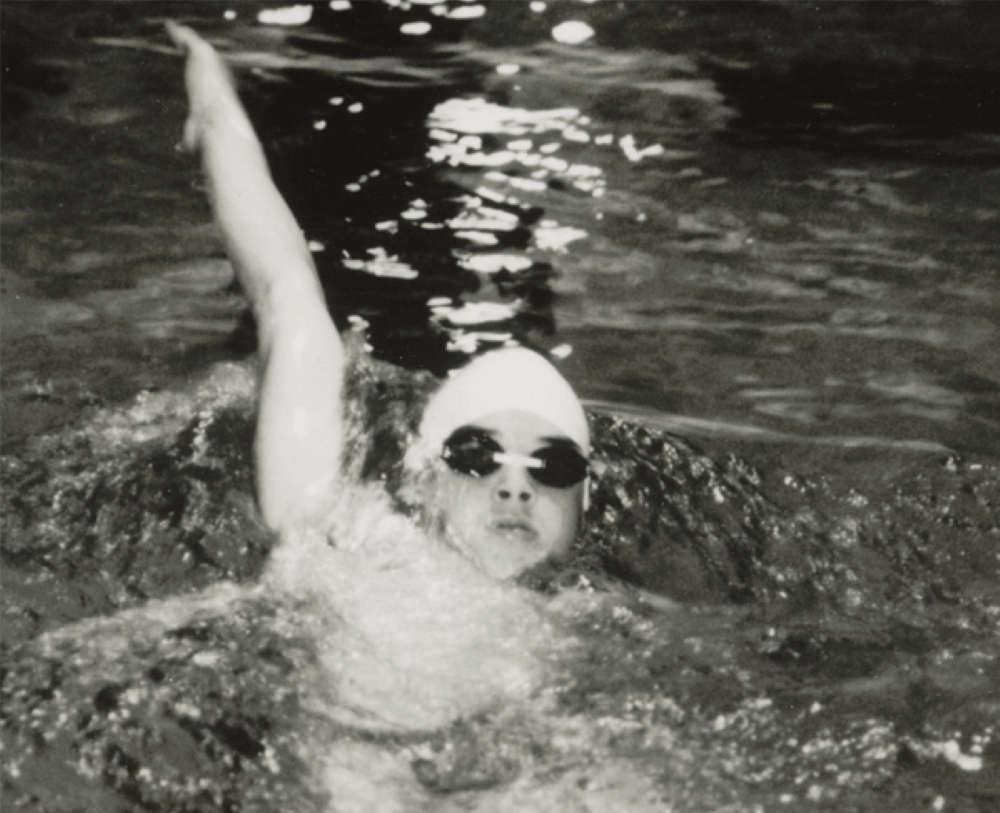 Time is an evil mistress, especially when related to advancing maturity and/or milliseconds in a competitive endeavor. Consider this: Of today’s 186 individual national age group records, only seven are older than the 1983 11-12 long course 100 fly standard (58.74) set by Chas Morton. Never heard of him? Maybe you’ve heard of the others – Olympians all: Sippy Woodhead, Mary T. Meagher, Jesse Vassallo and Bobby Hackett.

Don’t feel sorry for Morton, a prodigy at Nashville Aquatic Club, three-time USA Swimming National Team member and a team captain at Stanford. He is now a successful attorney in Franklin, Tenn., living not far from where he rewrote virtually all the NAG records for which he was eligible. While Michael Phelps, Michael Andrew and Thomas Heilman are more recent age-group phenoms, Morton was literally in a class by himself in the early 1980s.

Did Morton benefit from excellent coaching? Absolutely. It was a time when Australian legend Don Talbot was on site coaching Tracy Caulkins, the world’s best female swimmer. From 1980-83, Morton trained with Joe Goeken, followed by future University of Texas assistant Kris Kubik, then by John Morse.

While Morton aspired to be like Caulkins, he was surrounded by training partners who set NAG records and who frequented the top 16 age group lists. In the 10-and-under group, Christy Campbell was a standout in the SCY and LC 100 fly. Hollie Morgan held short and long course standards in the 50 and 100 back. Kim Gilbert was an NAG record holder in the 11-12 LC 100 breast and finished first in the top 16 rankings (breast and IM) five times.

“It was a very competitive group,” Morton muses.

Morton began his assault on NAG records as a 10-and-under in 1982 when he set all of the SCY records except the 50 breast. “Mostly, I remember how motivated, competitive, smart, goal-oriented and coachable he was,” says Goeken. “As a young coach, it was quite an experience to work with him.”

It was Kubik who oversaw Morton’s development during the 1983-84 short course season when he rewrote all the 11-12 records. By the end of the long course season, he also held NAG marks in the 50 back, 50-100 fly, 200 IM and was a member of the NAG record-setting 200 free relay and the first-place 200 medley relay quartets.

A flash in the pan? Not really. His aquatic adventure continued through the 1988 Olympic Trials before he became a two-time CSCAA All-American (plus eight honorable-mention honors) and won three Pac-10 IM titles for Coach Skip Kenney at Stanford.

Goeken was NAC’s head age group coach when he first saw Morton at age 9. “We had a set of 20 x 100 on 1:30. He just got in and swam. Back then, his best time was a 1:08. On that set, he just got faster and down to a 1:02 or 1:03. He wasn’t the prettiest swimmer—he had long arms and was short, but he was very competitive with a phenomenal kick. If he’d been swimming today, he’d have been the best underwater kicker ever. When he was 11-12, he broke a minute kicking fly with a board,” says Goeken.

Regrettably, Morton’s swim sets have been lost to time. Goeken’s records disappeared during his many moves. “When I was swimming, I kept a log book diligently, but didn’t save them,” says Morton. “What I generally remember was aerobic base training. I don’t recall doing a lot of sprint and race-pace work, but I’m sure we did some. The prevalent thinking back then was long-term rather than short-term development, so my early success was a bit in spite of the training we did. Yardage was in the 5,000 range each day. We may have hit six or more on some days,” he says.

“Joe was in touch with the coach at San Jose Aquatics. I remember seeing sets and times that Luis Nicolao and Mark Taliaferro were doing, and then our group would see if we could do them, too. I don’t recall the sets or how we stacked up, though.”

Goeken’s recollection is “we used to do a lot of quality—a lot of volume. Our junior kids did a number of fast 100s on 2:00—IMs, test sets. We’d go 10 x 100 IM—I was so into it…I spent all my time putting practice records up on a board.

“Chas was a phenomenon in the South,” continues Goeken. “He was gifted, an early maturer, but he had that combination of talent, smarts, desire, and he was unbelievably competitive. He was also one of the most coachable kids I ever had—a little cocky because of his confidence, but he listened to everything you said. If you asked him to work on something, he just did it. He would set a goal in his mind, and his body would take over.

“His first best stroke was fly, then back and free. His breast wasn’t good, but he ended up swimming it at meets. In practice when given a choice stroke, he chose breast and soon thereafter set an NAG record in the 200 IM.”

While Olympic glory may have eluded Morton, his legacy lives. A legend in his day, 39 years later he remains an age-group superstar with an unmatched portfolio.

Michael J. Stott is an ASCA Level 5 coach, golf and swimming writer. His critically acclaimed coming-of-age golf novel, “Too Much Loft,” was published in June 2021, and is available from store.Bookbaby.com, Amazon, B&N and book distributors worldwide.

A message to the Supreme Court by The Tai Chi Notebook