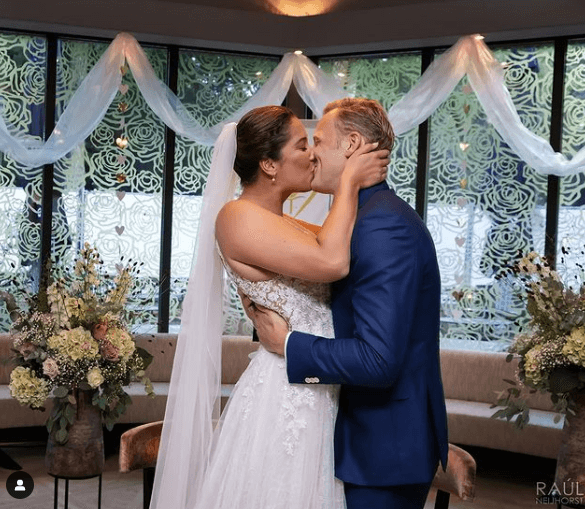 Golden couple Ranomi Kromowidjojo and Ferry Weertman – with four Olympic titles between them – got married on Saturday.

The pair announced their engagement in December 2019 and at the weekend held a ceremony in front of family and friends including double Tokyo silver medallist Arno Kamminga and Femke Heemskerk, the Beijing 2008 relay champion.

Kromowidjojo said on Instagram:  “10-09-22 Thank you family and friends for the unforgettable day and fantastic party accompanied by a series of emojis.

Kromowidjojo retired in January following a career that spanned more than 15 years at the top of the sport.

She first stepped on to the senior international podium at 15 when she won silver with the Dutch women’s 4×100 freestyle relay at the 2006 European Championships in Budapest, Hungary.

She went on to win three Olympic titles across Beijing 2008 and London 2012 – including the 50 and 100 free double at the latter; three world titles among 17 medals and six European golds among 14 medals.

That followed Weertman who in December 2021 called time on a career that brought Olympic open water gold at Rio 2016 as well as world and European titles.

4 Examples of Great Customer Service in 2022