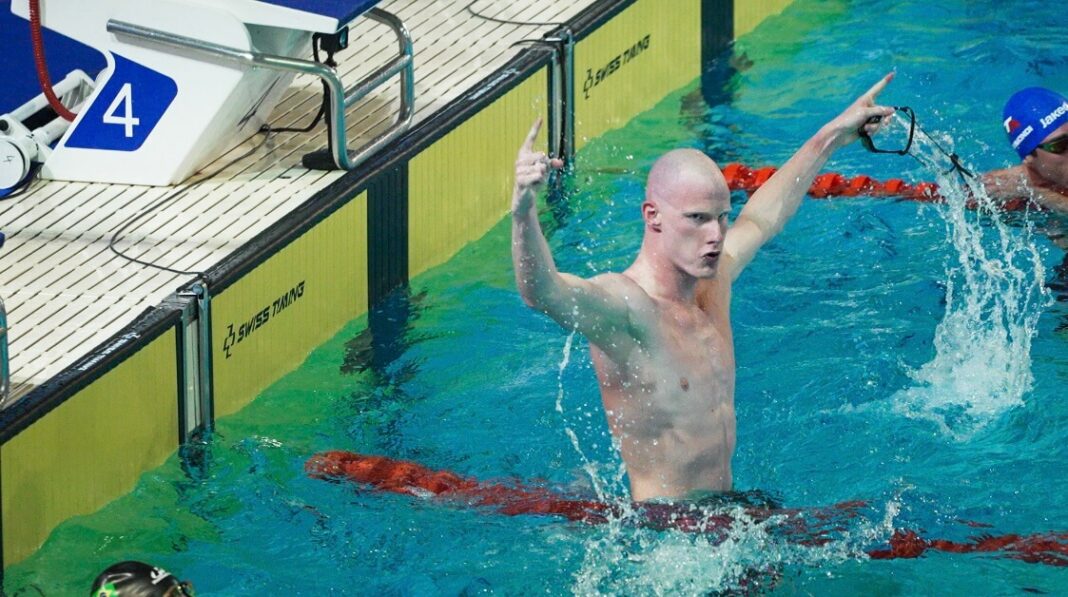 The 24-year-old from Yeronga Park in Brisbane swam and celebrated his way into the hearts of Australian sports fans after his golden lap at the Para Olympics.

And he did not disappoint when the Madeira 2022 World Para Swimming Championships kick-started at the Funchal’s Olympic Swimming Pools Complex (Complexo de Piscinas Olímpicas do Funchal).

The Brisbane boy, under the coaching of Kate Sparks and Rob Van Der Zant, who turned the clock back last year to the famed Australian Mean Machine days of the early to mid 80s, touched the wall and jumped onto the lane rope, pumping his chest in excitement.

Born with cerebral palsy, Crothers emerged in Tokyo as a new cult figure of Australian Paralympics conjuring memories of Australian swimming’s famed “Mean Machine” kings Neil Brooks and Greg Fasala who became the first Australian swimmers to shave their heads at the 1982 Commonwealth Games in Brisbane.

And not to be outdone was another Para cult hero and Tokyo bronze medallist Grant “Scooter” Patterson who added to his World Championship collection, winning silver in the men’s 50m breaststroke SB2.

Crothers and Patterson spearheaded the Dolphins to a golden start to the meet that was tinged with a silver lining on an opening day that also saw: NSW SOUTH COAST young-gun and Tokyo silver medallist Jasmine Greenwood (Bay and Basin, NSW) claimed  bronze in the women’s 50m freestyle S10 with a personal best time of 28.37 which will be a huge confidence booster for the 17-year-old, who will be one to watch in the countdown to Paris. Derek Panza Shows You How to Land the Perfect Left Hook