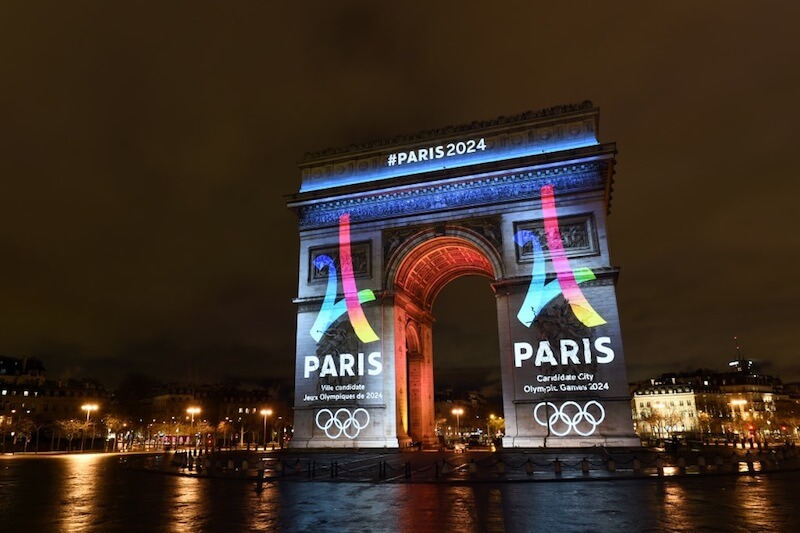 FINA has released the full slate of qualifying procedures for aquatic events for the 2024 Olympic Games in Paris. There will be 852 athletes competing in the 35 pool swimming events in Paris, and the swimming competition at Paris La Defense Arena will be held July 27 through August 4, spanning nine days for the first time.

As usual, FINA will use a two-tiered system of qualification for individual events. Two swimmers per nation may qualify for the Games provided both achieve the Olympic Qualifying Time (OQT, colloquially known as an “A” cut). As usual, each NOC can determine how to allocate their slots in each event. If only one swimmer from a nation achieves the OQT, then only that swimmer will qualify for Paris.

If no swimmer from a nation reaches the OQT in an event, then one swimmer from a nation who has achieved the Olympic Consideration Time (OCT or “B” cut) may be allowed to enter. That number of 852 entries is a hard cap, and FINA must first make room for swimmers who have achieved “A” cuts, up to 12 relay-only swimmers per nation and universality places, which guarantee that one female swimmer and one male swimmer from each nation will be allowed to swim at the Olympics. If there are additional spots to fill to reach 852, FINA will add swimmers who have achieved OCTs, with world rankings used to break ties between swimmers in different events.

FINA will allocate spots in relays for the Olympics based on results from the World Championships in July 2023 and February 2024. The top-three finishers from the 2023 Worlds in Fukuoka will qualify, and 13 additional teams will book their spots based on the results of the 2024 meet in Doha.

The full FINA qualification procedures for swimming can be found here, and all OQTs and OCTs are listed below.

Meanwhile, for open water swimming, the 10-kilometer races in Paris will be capped at 22 swimmers for each gender, which is lower than the 25 entrants allowed at the first four Olympics featuring the 10k events. The open water events will be held in the River Seine in the shadow of the Eiffel Tower at Pont d’Iena.

For both women and men, the top three finishers in the 10k at the 2023 World Championships will qualify for Paris along with the top 13 swimmers at the 2024 Worlds. Then, the top remaining finisher from each of the five recognized continent at the 2024 Worlds race will be added to the team, and as the host nation, France will be allocated one spot in each race. Should a French swimmer qualify by one of the other procedures (which is likely, considering France’s traditional success in open water), then a 14th swimmer from the 2024 race will be added for the Olympics.

The full qualifying procedures for open water are available here.