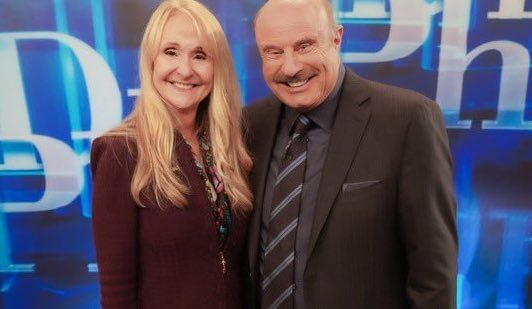 Nancy Hogshead-Makar will appear on the Dr. Phil show on Friday to discuss transgender participation in sports.

Hogshead-Maker is a three-time Olympic champion and a Civil Rights Lawyer, leading the group Champion Women.
She has been an advocate for women’s sports since her days as an elite athlete. She has been a leading voice in the fight for fairness in women’s sports in regard to transgender athletes, one of the most controversial topics in all sports. The topic has been especially prominent in swimming in the past couple of years, with NCAA champion Lia Thomas from Penn in the forefront of the discussion.

Hogshead-Makar has said that she is not against transgender athletes, but wants there to be a level playing field that is fair to all women.

“Inclusion and fairness are two vital values in the world of sports,” Nancy Hogshead-Makar said in December. “Transgender women should be allowed to compete in women’s athletics, so long as these individuals can show that they’ve mitigated the athletic advantages that come with male puberty. As an Olympic champion and as a civil rights lawyer, I can assure you that there is nothing fair about transgender woman Lia Thomas competing for the University of Pennsylvania in NCAA swimming. Worse, her domination of the ‘women’s sports’ category is doing nothing to engender greater empathy for inclusive practices throughout society for the trans community.

“Trans women should compete with biological women, so long as they can demonstrate that they have lost their sex-linked, male-puberty advantage prior to competition in the women’s category.”

Hogshead-Makar will appear on the Dr. Phil show with an expert panel ready to discuss transgender participation in sports.

“Dr. Phil was great, led a respectful, sensitive discussion about a controversial issue: transwomen in sports. I talked about T, science of sex diffs, & potential implications for transwomen competing in the female category,” said Carole Hooven, who will appear on the show with Hogshead-Makar.