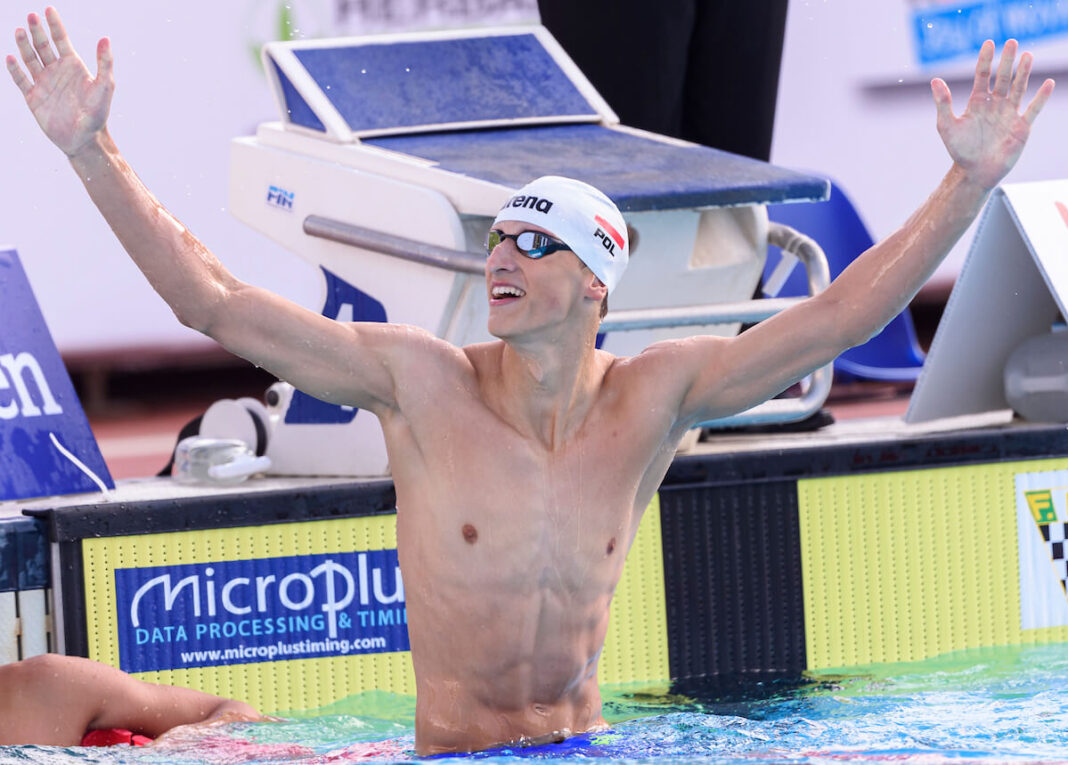 During a summer in which David Popovici was the talk of the sport, and rightfully so, the exploits of another European teenager were somewhat overlooked.

Over the past few months, Poland’s Ksawery Masiuk made it clear that he is a rising star on the international backstroke scene. While the stroke is stacked with headliners, it wouldn’t be shocking if Masiuk, a 17-year-old, contended for the podium in the 100-meter backstroke at the 2024 Olympic Games in Paris.

Consider what Masiuk achieved this summer:

Like Popovici, Masiuk tested himself throughout the summer with appearances in four major competitions. Maintaining consistency and excellence at each stop is not an easy task, but Masiuk regularly produced elite performances. Going forward, his three-month experience should prove beneficial, particularly during NCAA competition at North Carolina State. Masiuk has made a verbal commitment to compete for coach Braden Holloway and the Wolfpack.

The European landscape in the sport is especially stacked at the moment, the likes of Popovici (Romania), Leon Marchand (France), Kristof Milak (Hungary) and Thomas Ceccon (Italy) highlighting the continent’s efforts. Masiuk, along with Portugal’s Diogo Ribeiro, has the ability to enhance this already stout European presence.