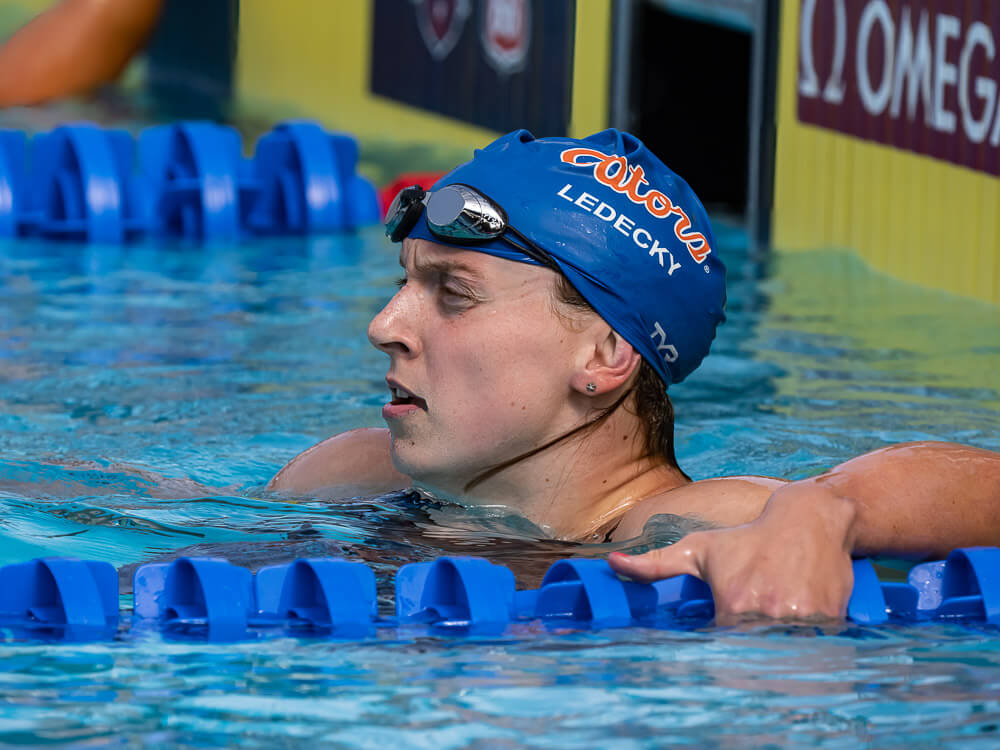 This is the Swim Poll of the Week for Saturday, September 10, 2022, sponsored by Strechcordz Swim Training Products. In our last poll, we wanted to know: What was the most impressive performance by a female swimmer this year?

The only individual world record set by a female swimmer so far in 2022 was Ariarne Titmus’ breakthrough effort in the 400 freestyle at the Australian Championships in May. She swam a time of 3:56.40 to take down Katie Ledecky’s six-year-old record set at the Tokyo Olympics.

Titmus was absent from the World Championships in June, which left Ledecky in position to dominate yet again. She reclaimed world titles in the 400 and 1500 free, but her most impressive swim was in the 800-meter event, where she swam a time of 8:08.04, one of the quickest swims ever and better than any other swimmer in history, to secure a record-setting fifth consecutive world title.

At the Commonwealth Games, Summer McIntosh became the third-fastest woman in history in the 400 IM as she swam a time of 4:29.01 in the event. McIntosh had already become world champion in the race (as well as the 200 butterfly), but the 15-year-old’s effort in Birmingham, England, was quicker than any swim since 2016.

Swim Poll of the Week: What was the most impressive performance by a female swimmer this year?