Montenegrin and Yugoslavian Water Polo Player, Mirko Vičević to be Inducted into the International Swimming Hall of Fame as part of Class of 2022- Updated 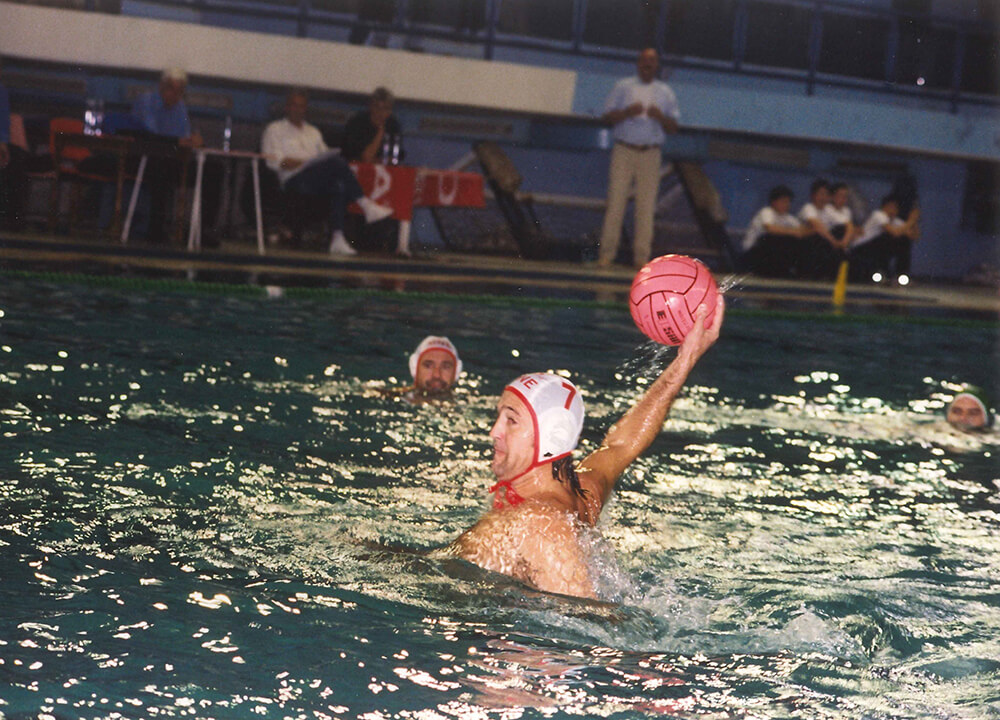 Mirko Vičević has won gold at every major event on the water polo world stage; the Olympic Games, the World Championships and the FINA World Cup.  His original club was Primorac of Kotor, Montenegro (formerly Yugoslavia), where he played from 1982 to 1989. After that, he played for several teams, Jadran, in Split, Croatia, Savona (Italy) Barcelona (Spain) Brixia (Brescia, Italy) and Pro Recco (Italy). Vicevic won the LEN Trophy for the years 2002, 2003 and 2006 with his club Brixia, and was selected as Best Sportsman of the Municipality of Kotor in 1986, 1988 & 1989 and Best Sportsman in Montenegro in 1988. After retiring in 1991 Mirko graduated from the School of Water Polo Trifun-Miro Ćirković and began coaching water polo. He received his coaching diploma in 1997. As a coach he won the Italian Junior Championships with the water polo club Savona in 1999. Since 2008, he has been the A-Team Coach of the newly-founded club, Vaterpolo Akademija Cattaro, where he is also the team manager, winning the LEN Trophy in the season 2009/2010. Vičević won the European championship gold medal in 2013, with the National Junior Team of Montenegro.  He has also been the adviser of sport in the municipality of Kotor since December 2013. Come join Vicevic and this year’s class of 2022 in Ft. Lauderdale.  If you cannot join us, consider making a donation.

This year’s International Swimming Hall of Fame Honorees include:

Top 5 Procedures to Rejuvenate Your Appearance