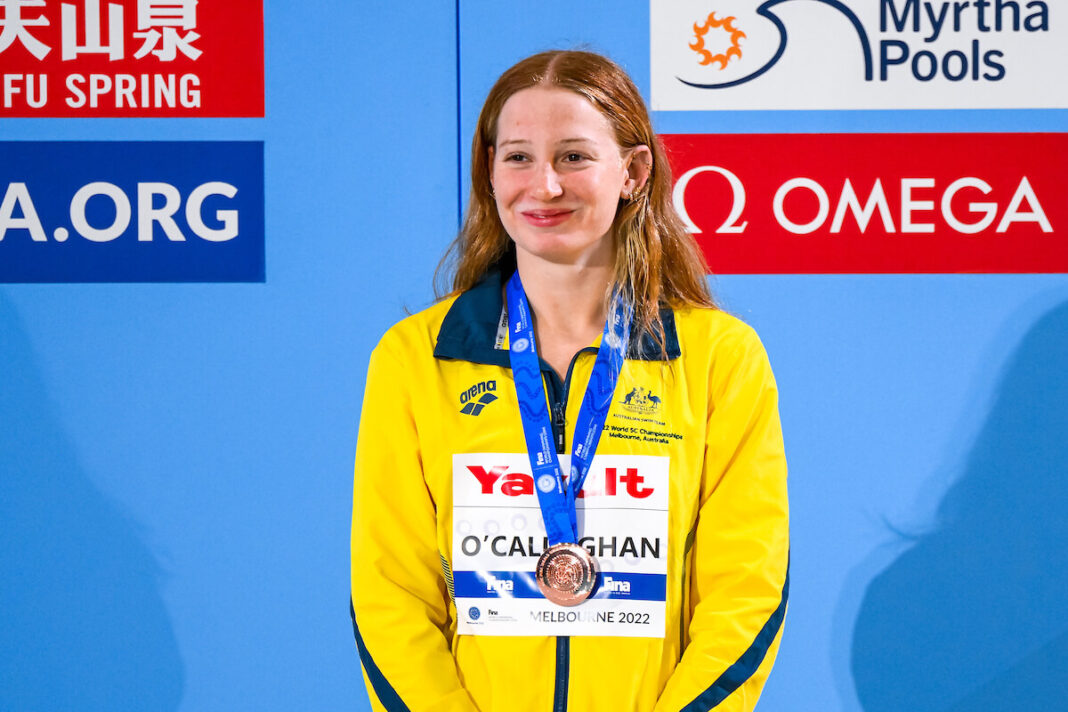 Australia’s teenage world champion Mollie O’Callaghan has a 2022 highlights reel to die for, with 11 international gold medals, two world records and a No 1. World Ranking. A year in the pool that any 18-year-old in any sport would be proud of and it’s no surprise to see her named as the Swimming World Female Breakout Performer of the Year for 2022.

O’Callaghan’s record haul of gold medals at the Queensland State Championships would springboard the Tokyo Olympic debutant (where she won two relay god medals) to a year to remember.

O’Callaghan emerged from her post-Olympic slumber at the 2021 McDonald’s Queensland Championships and raced a whopping 12 open and age-group individual events and three relays for a total of 27 races in seven days. She won a remarkable 14 gold and one bronze medal, providing a hint that backstroke was also very much on the Mollie-O radar.

She went on to become Australia’s newest and youngest world champion in the 100 freestyle in Budapest, before lowering the colours of reigning Olympic 100 freestyle champion Emma McKeon and adding her name to the list of Australians to also have won the Commonwealth Games gold in the blue ribband freestyle event.

O’Callaghan also continued to thrive on Australia’s premier relays teams as a member of the Dolphins world record-breaking teams in the 4x200m freestyle relays both long course (in Birmingham) and short course (in Melbourne).

It was a remarkable year for the shy Dean Boxall-coached O’Callaghan, with a total international medal haul of 20 medals and the No. 1 world ranking of 52.49 in the 100m freestyle. She owns six of the fastest 10 times of 2022 and sits second behind Titmus over 200m freestyle with her 1:54.01.

Here is Mollie’s detailed medal list that made her the Female Breakout Swimmer of the Year for 2022: