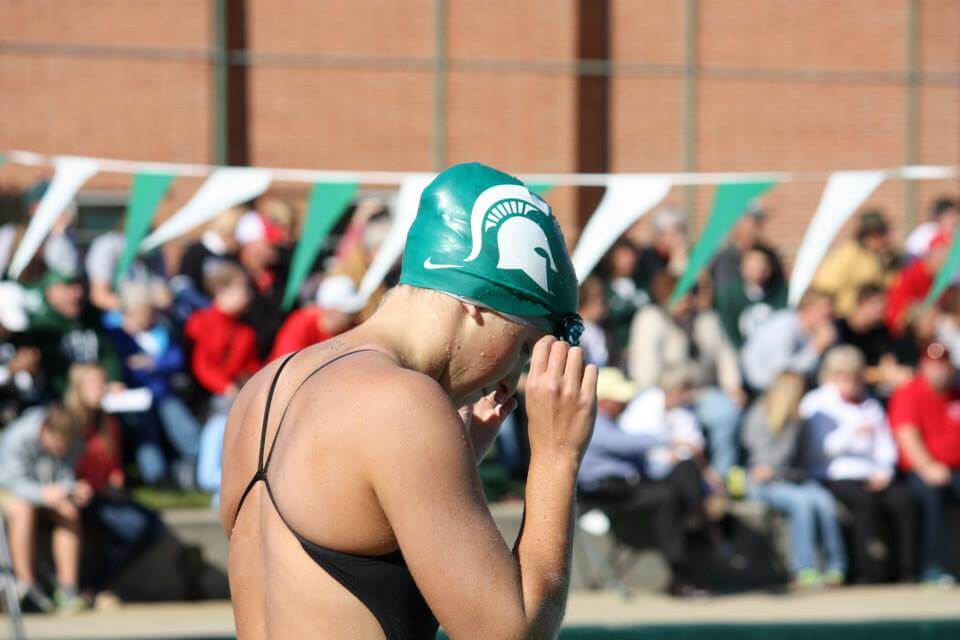 Michigan State President Samuel Stanley resigned from his position on Thursday, a decision that has been hailed as a positive step for the group fighting to restore the swimming and diving program that was cut under his administration.

Stanley’s resignation is a 90-day notice, as required by his contract. He will not remain on the faculty as he sees out his term through mid-January.

The Battle for Spartan Swim and Dive, a grassroots effort fighting for reinstatement of the program, called Stanley’s departure the “latest obstacle removed” in their quest and “a necessary fresh start for the university.”

Beekman. Foster. And now Stanley. When you lose sight of serving the students and choose instead to fight them from an ivory tower, you lose the right to be called a true Spartan. The last obstacle is now gone, @halleral. Let’s bring back @MSUswimdive! https://t.co/Pv0bNBb7h0

From a Battle for Spartan Swim and Dive Statement:

“We support the efforts of the majority of the Michigan State University Board of Trustees to continue the independent investigations aimed at correcting and improving the university’s troubled Title IX legacy, and agree with their exercise of oversight and pursuit of accountability.

In our experience, Stanley’s lack of accountability was core to his failure as a leader. He refused all attempts to engage with the Battle team to discuss our proposed solutions. In his only meeting with current swimmers, Stanley remained noncommittal and referenced “ongoing financial challenges,” all while his Athletic Department enjoyed a $7 million surplus and ushered in more than $200 million in donations and media revenue.”

Stanley resigned Thursday with a blaze of defiance. In a five-minute video posted to YouTube, he inveighed against the school’s Board of Trustees, saying he has, “lost confidence in the actions of the current board of trustees and I cannot in good conscience continue to serve this board.”

Michigan State cut its swimming and diving teams in October of 2020, citing a lack of funding. (Stanley, however, used his farewell address to trumpet specifically an increase in fundraising of the athletic department, including new facilities for other sports teams.)

Stanley follows the other architect of that decision, former athletic director Bill Beekman, out the door. Beekman announced in Aug. 2021 that he was taking a new role as vice president for strategic initiatives.

Stanley joins a long list of recent turmoil at Michigan State, much of it related to mishandling of gender-related issues. Lou Anna Simon was forced to resign in Jan. 2018 over her mishandling of the Larry Nassar sexual assault scandal, with the university having employed Nassar. Her interim replacement, John Engler, resigned under pressure after insensitive comments regarding Nassar’s victims.

Samuel Stanley arrived in May 2019 from Stony Brook University. While the decision to axe athletic programs, including swimming and diving, was unpopular in some quarters, it wasn’t the biggest ramification from a sprawling Title IX review of the university’s practices. It has, however, led to a district court saying that Michigan State has not sufficiently cleared its burden for Title IX compliance.

Michigan State has appealed to the U.S. Supreme Court seeking relief from those protections, while Spartan Swim Dive continues to seek immediate reinstatement of the program. After an unsuccessful quest for an injunction to mandate reinstatement, advocates are using other avenues to dismantle the university’s arguments against the program’s sustainability, including assembling a draft schedule, assembling a roster that can start the season immediately and fundraising to endow the program and upgrade its facilities.

Is My Pee Pattern Normal? A Urologist Answers