Michael Phelps to be Honorary Captain for Michigan Football Game 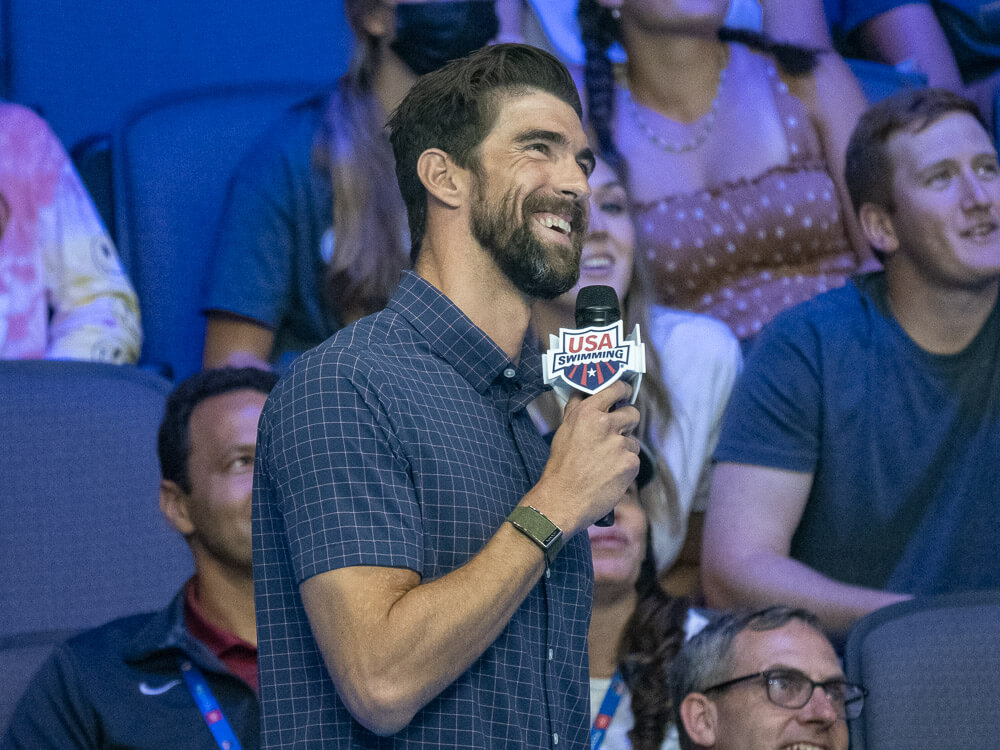 Michael Phelps has been named the honorary captain for this week’s Michigan football game.

Michigan football coach Jim Harbaugh has brought in honorary captains each week of his tenure. Some are former players, some are inspirational figures, some are athletes of other sports, like Hank Aaron and Derek Jeter.

This week against Penn State, the honor goes to Michael Phelps.

Phelps spoke to the team earlier this summer during team camp and Michigan’s players said they haven’t forgotten his message.

“It was really cool to see what kind of athlete he is, for him to come and talk to us and give us insight about how he recovered his body, all the training he does and how he didn’t take any days off,” offensive lineman Zak Zinter told the Detroit Free Press. “Just kind of taking his mindset into this week and getting ready to go for a top 10 opponent.”

Michael Phelps won 28 Olympic medals during his career, including a record eight gold in Beijing.

He went to college at the University of Michigan, but did not swim for the Wolverines since he was a professional. He swam for Club Wolverine during his time in Ann Arbor. He is a big football fan, supporting his hometown Baltimore Ravens in the NFL and the Michigan Wolverines in college.

30 Hollywood Actresses Before and After Popularity ★ 2021

Perks of Brushing Your Teeth With Your Non-Dominant Hand