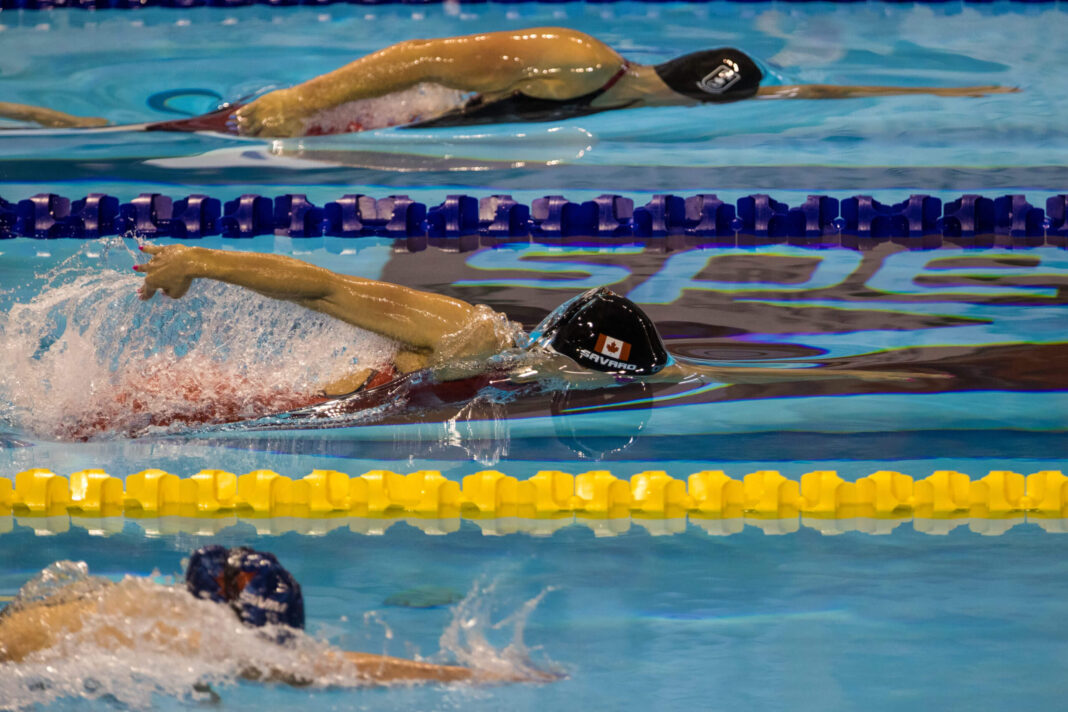 Canadian 14-year-old Maxine Clark downed a Canadian age-group record in the 100 butterfly Monday that had belonged to Penny Oleksiak.

Clark, who represents the University of Calgary Swim Club, dashed that record to win the event against a senior field. Her previous best time had been from earlier this month at the Keyano Invitational at 1:01.13. Clark was 20th at Canadian Trials for the World Championships and Commonwealth Games in April, going 1:01.55.

“It’s pretty exciting,” Clark said in a Swimming Canada press release. “I didn’t think at all I would get that record coming into this meet. It’s pretty awesome.”

Clark trains at UCSC along with Canadian program stalwarts like Rachel Nicol and Rebecca Smith.

Swimming Canada has had no recent shortage of teenage stars. Summer McIntosh set a Canadian record at the Tokyo Olympics last year, a month before her 15th birthday. She holds multiple world junior records. Distance swimmer Katrina Bellio turned 17 during the Tokyo Games. Oleksiak tied for gold at the 2016 Olympics at 16. Taylor Ruck won a pair of Olympic medals at age 16 in Rio.

Also swimming at the meet is Ingrid Wilm, the lone Canadian from the 2022 World Championships team to be present at the meet. Wilm won the 50 backstroke in 27.66 seconds. A former national record-holder in the short-course event, Wilm was fourth at Worlds in 27.43. She also won her first major international medal in Budapest, getting bronze in the medley relay for her prelims swim.

“It was an okay swim,” Wilm said. “In the Worlds final, I took an extra stroke, so I was much too close to the wall. In this one I glided into the touch, so I was a little far. So hopefully the next time I swim the 50 back it’ll be just great and I’ll be truly happy with my race.”