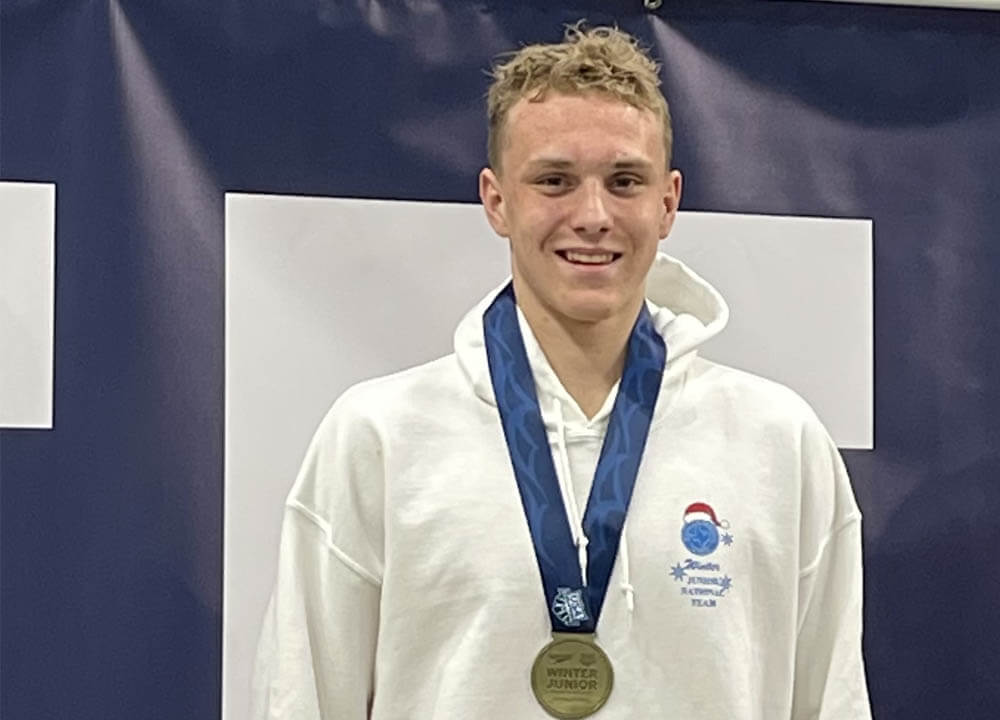 It was a banner night for young individual medley swimmers in the United States. At Junior Nationals East in Greensboro, N.C., Thomas Heilman annihilated the 15-16 boys’ National Age Group record in the 200 IM, swimming a mark of 1:41.71 to beat the previous mark of 1:42.77 set by Michael Andrew by more than a second. An hour later at the West edition of Junior Nationals, Maximus Williamson nearly matched Heilman’s remarkable mark.

Williamson, representing Lakeside Aquatic Club, led the A-final early on fell behind Nathaniel Germonprez on the breaststroke leg before he retook the lead with a blistering 24.02 freestyle leg. Williamson touched in 1:42.07, only 0.35 seconds behind Heilman’s time from earlier in the night. Williamson was a second ahead of his previous lifetime best (1:43.16). Germonprez, representing Inspire, took second in 1:42.82, his best time by almost two seconds, while Texas Ford’s Jacob Wimberly took third in 1:44.08.

In addition to Williamson’s sterling effort, Rose Bowl’s Rex Maurer also became the second-fastest swimmer ever in his age group. In the 500 freestyle, Maurer pulled away on the last 100 from Alec Enyeart, a freshman at the University of Texas still eligible for Junior Nationals and racing in his home pool. Maurer finished in 4:12.33, well off the 17-18 NAG record of 4:08.42 set by Luke Hobson last year but fast enough to tie the 18-year-old best time of 23-time Olympic gold medalist Michael Phelps on the all-time list. Lakeside’s Cooper Lucas took third in 4:14.53.

Shortly after becoming the third-fastest performer in history in the women’s 500 free, Sandpipers’ Bella Sims returned to race the 200 IM, and she responded with another dominant performance. She won the event in 1:52.73 to become the third-fastest 17-18 girl in U.S. history behind Kate Douglass and Ella Eastin, and Sims also moved to 18th all-time in the event while beating the meet record of 1:53.50 that teammate Katie Grimes set last year. Mission Viejo’s Teagan O’Dell took second in 1:55.61, while Elmbrook’s Campbell Stoll placed third in 1:58.05.

The Sandpipers of Nevada shined one more time in the women’s 400 medley relay as Grimes, Lucy Warnick, Sims and Claire Weinstein earned the win in 3:34.26. In her third race of the night, Sims was the standout with a 51.36 butterfly split. The Sandpipers got the better of the Mission Viejo Nadadores by just three tenths as O’Dell, Maddie Phillips, Asia Kozan and Teia Salvino took second in 3:34.53. The University of Denver Hilltoppers’ Charlotte Wilson, Charlotte Burnham, Lexi Greenhawt and Lawson Ficken took third in 3:36.74.

Sleigh Your Fitness Goals with this HIIT Christmas Workout

5 Ways The Pandemic May Have Impacted Your Bladder