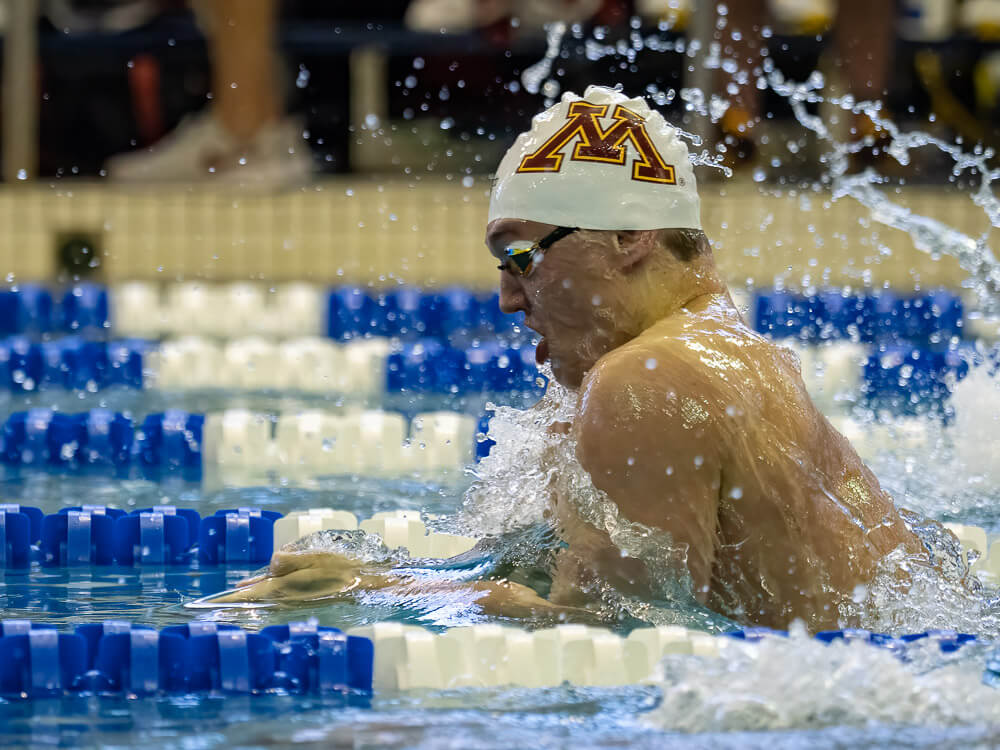 The top sprint breaststroker in college swimming over the past few years has been Minnesota’s Max McHugh, and after skipping the U.S. International Team Trials earlier this year, McHugh was in action at a Sectionals meet this weekend at his home pool, the University of Minnesota.

McHugh became only the second man in history to break 50 in the 100-yard breast in March on the way to an NCAA title, and in his long course experience this weekend, McHugh won the 200 breast (2:18.40) and 100 breast (1:01.66) this weekend, and he clocked 27.71 in a 50 breast time trial. McHugh has been as fast as 59.68 in the long course edition of the 100 breast, and he tied for seventh in the event at Olympic Trials last year. McHugh completed his senior season for the Golden Gophers in March, and while he has not officially revealed his future plans, he hinted at the NCAA Championships that he planned on swimming a fifth year of college swimming.

Meanwhile, the NC State Wolfpack continued to dominate the Sectionals meet in Cary, N.C., just a few miles away from the school’s campus. Noah Bowers, fresh off a 1:47 in the 200 freestyle earlier in the weekend, recorded a time of 49.74 to edge out teammates Noah Henderson (49.99), Bartosz Piszczorowicz (50.00) and Hunter Tapp (50.26), while sprint backstroke specialist Katharine Berkoff went 55.68 to take first place in the women’s 100 free. In the longest event on the program, NC State’s James Plage clocked 15:24.38 in the men’s 1500 free.

McColgan, Farah and Weir lead 16,000 strong field at The Big Half