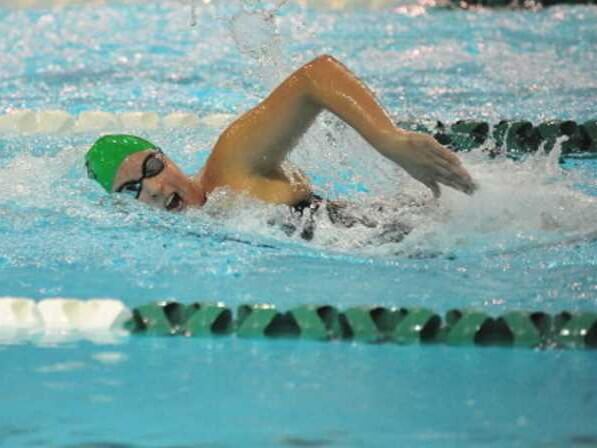 Marshall University swimming will move to the Missouri Valley Conference from Conference USA this season.

The Missouri Valley Conference has added Marshall University as an affiliate member in women’s swimming & diving, effective for this season, according to the conference.

“Looking forward to the Thundering Herd participating in our women’s swimming & diving championship,” said Commissioner Jeff Jackson, now in his second year at the MVC.  “I attended my first last season and know first-hand their student-athletes will have a tremendous experience.”

Marshall will compete in the 2023 MVC Championship in Iowa City (February 15-18, hosted by UNI). The addition of Marshall lifts league membership to 10 in the sport.

“Our administration, staff and student-athletes are thrilled to be part of the Missouri Valley Conference,” said Ian Walsh, Marshall’s swimming and diving coach. “Our priority was to find a conference that provided our program with an elite conference championship environment. It is a competitive conference, sending multiple athletes to the NCAA Championship last season, puts together first class meet operations, and competes in some of the fastest venues in the country.

“This year will be in Iowa City, Iowa, who hosted the 2015 NCAA Championships and continues to be one of the premier aquatic facilities in the country. Our team is excited for this new challenge and will continue our pursuit for championships here at Marshall.”

Marshall returns 17 of 20 conference scorers this season and is coming off one of its best conference championship showings in 2022.

“We’re just thrilled to join the MVC for women’s swimming and diving,” said Christian Spears, Marshall’s Director of Athletics. “I know this conference and their leadership, and they will provide a stellar championship experience for our student-athletes.”

Marshall University is a public research university located along the banks of the Ohio River in Huntington, West Virginia. Founded in 1837, the university has an enrollment of nearly 13,000 students and employs more than 3,000 people. The Thundering Herd has 16 varsity sports.