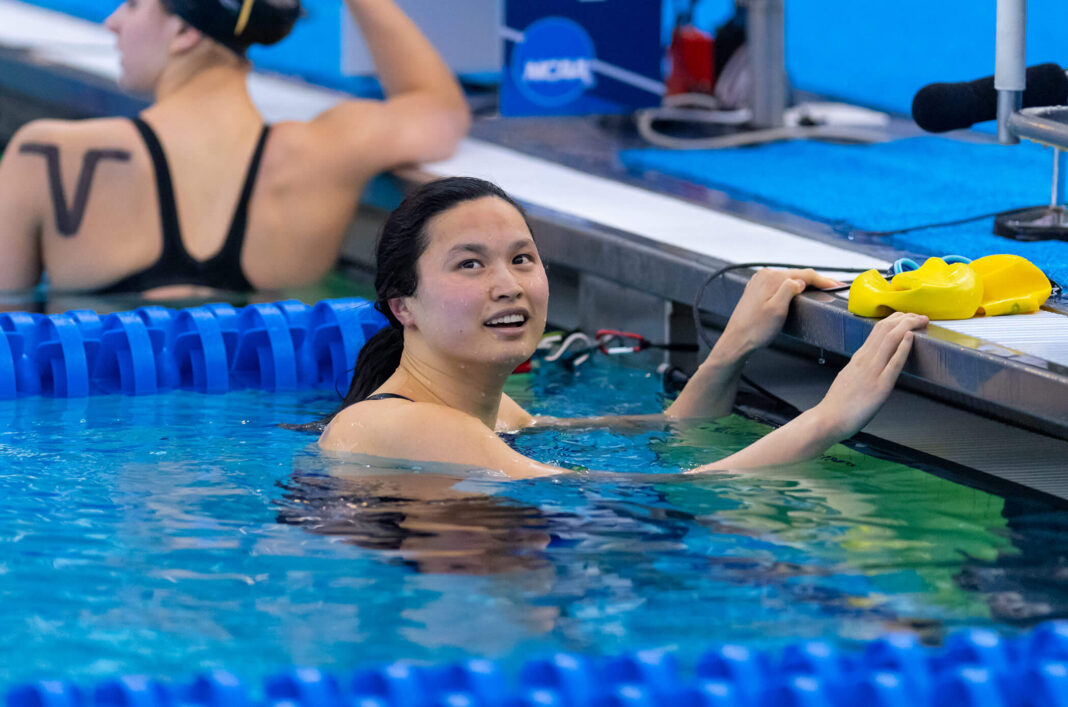 Maggie MacNeil set LSU program records in the 50 freestyle and 100 butterfly as the Tigers split a dual meet at South Carolina Saturday.

MacNeil has set four school marks in her two meets in purple and gold. This week, she downed Haylee Knight’s time of 51.71 in the 100 fly by nearly a second. Her time of 50.84 is the first NCAA sub-51 swim in a practice suit.

LSU got big points in the distance events. Allison Tomsuden held off the field in the 1,000 free in 10:15.82, a race where 1.20 seconds separated the top four finishers. Jenna Bridges won the 500 free in 4:57.17. She had been third behind teammate Sofia Sartori in the 200 fly. Hannah Womer won the 200 individual medley for the Tigers.

South Carolina picked up six wins in the pool and significant points in diving. Brooke Schultz outdueled LSU’s twin Olympians on the boards. On 3-meter, she scored 391.28 points, 41 ahead of LSU’s Chiara Pellacani. On 1-meter, she scored 336.45 to outpoint Helle Tuxen.

Georgia Johnson had a stellar meet, winning the 100 breast, 200 breast and finishing second in the 200 IM. Janie Smith won the 100 free after coming second to MacNeil in the 50. Tatiana Salcutan, an Moldova Olympian and Louisville transfer making her USC debut, claimed the 200 back and was second in the 100, events in which teammate Bella Pantano was third and second, respectively. Freshman Amy Riordan won the 200 free and was second in the 500.

Rafael Davila led the Gamecocks men with wins in the 500 and 100 free. Luke DeVore and Gage Hulbert authored a 1-2 finish in the 200 fly, then DeVore finished second to LSU’s Pawel Uryniuk in the 100 fly. Michael Laitarovsky also picked up a win, in the 100 back, in the front half of the meet.

South Carolina got the better of both diving events. Manny Vazquez Bas and Charley Bayer went 1-2 in the 3-meter event, after Bayer had won 1-meter with Vazquez Bas third.

Mitch Mason swept the breaststroke events. Garon was also second in the 200 free behind teammate Joel Thompson, Griffin Curtis prevailed in the 200 back and Ryan Warmbier took second in the 1,000 and 500 free.

Oracle Cards for Beginners: Tips From an Astrologer