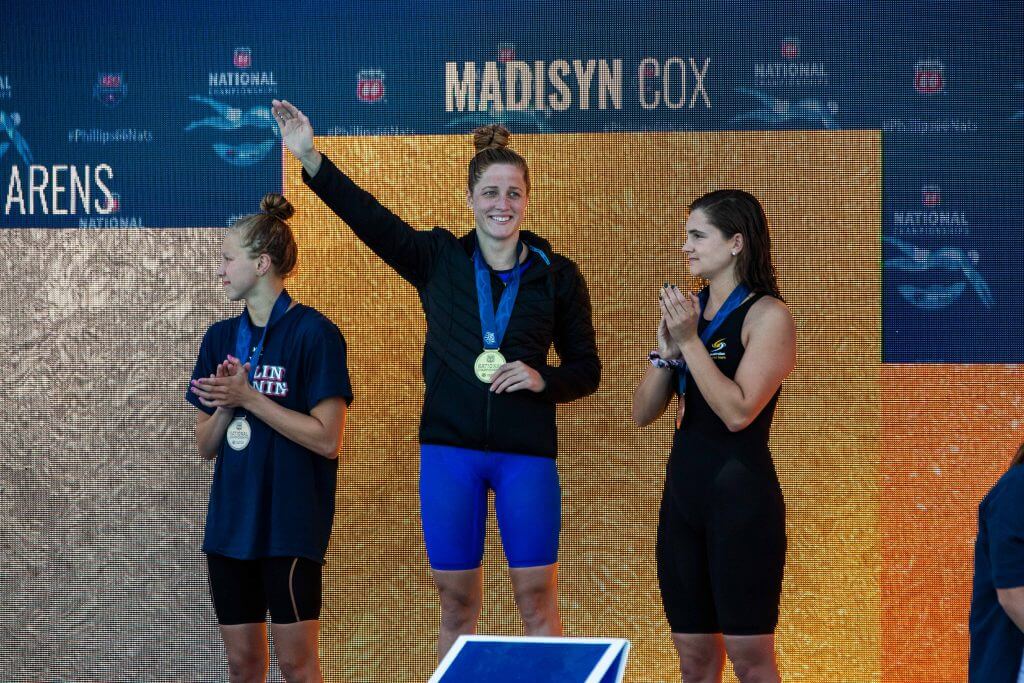 Cox made the announcement on social media Friday night.

“What a ride it was. After all the highs and lows, I have nothing but gratitude for this journey and the people that made it possible,” Madisyn Cox wrote.

Cox had one of the most roller coaster careers in swimming history. She was a world champion on a relay, world medalist and narrowly missed a spot on the Olympic team.

But her career will always have a bit of “What if” to it after she was suspended for a banned substance, but later vindicated during an appeal. But during her suspension and appeal, Cox was ineligible to compete. As a result, Cox was not able to qualify for the 2019 World Championship even though she was one of the world’s fastest swimmers.

It was an extremely trying time for Cox.

For almost four months, Cox sat in limbo, unable to compete as she awaited a decision on a possible sanction. But even as the stress and emotion weighed her down, Cox was cautiously optimistic that the situation would soon be behind her. Given that she had recorded just 0.1 ng/mL of trimetazidine in her problematic urine sample, Cox believed that the panel would issue a decision of “no-fault.”

“When I actually got the phone call and found out, I was broken,” Madisyn Cox said. “I kind of cursed the system. I was like, ‘What is wrong with this? Why are clean athletes getting punished while other athletes who are not clean get away with it because they have an escape route?’ I didn’t have an escape route.”

Madisyn Cox was part of a World Championship winning relay, the 800 meter freestyle relay in 2017. She also took the bronze in the 200 IM.

She won the bronze medal at the 2016 Short Course World Championships and finished fourth at the U.S. Olympic trials in the event.  At the University of Texas, she was an eight-time All-American before winning U.S. nationals in 2019.

There was even more heartbreak in store in 2021 when she finished third in the 200 IM at the U.S. Olympic Trials, narrowly missing a spot on the Olympic team by two hundredths of a second.

12 Houses of Astrology: Your Complete Guide

My Review of Gatorade Sweat Patches and Smart Bottle