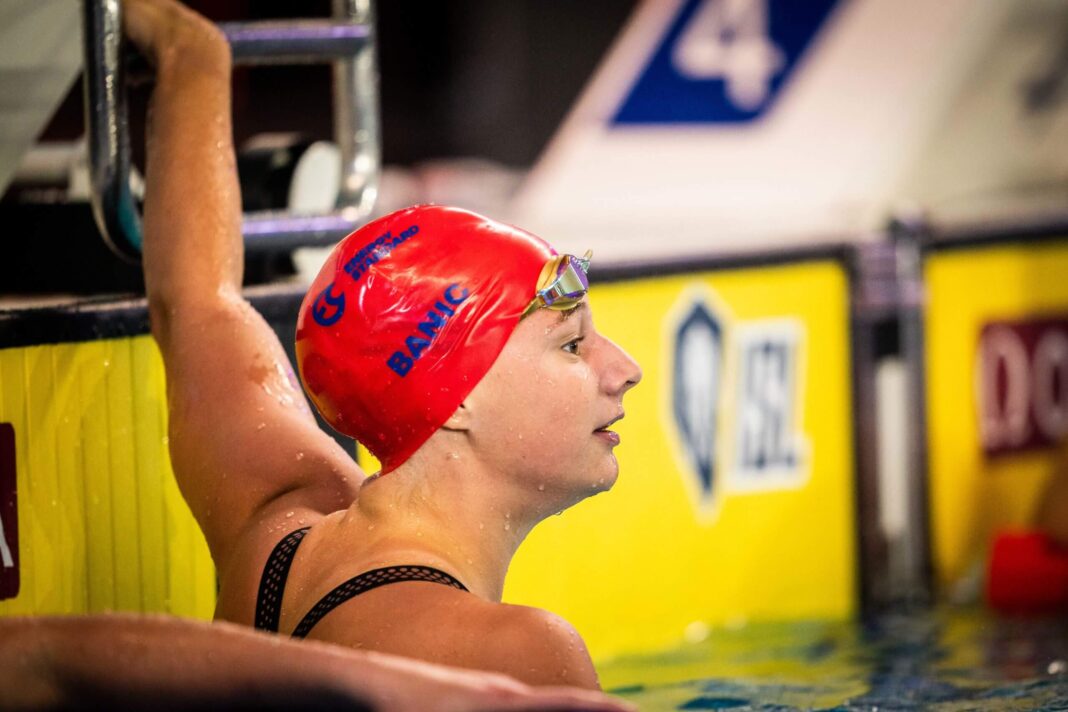 After 16 years in the sport, Maddy Banic announced her retirement from swimming.

The current volunteer assistant coach at Tennessee made the announcement on social media.

Well y’all, after an incredible 16 years I’ve decided to hang up the goggles. There’s no way to put into words what swimming has brought into my life, so I’ll take this time to thank all those who have played a hand in my career.

Firstly, thank you to @greenfamilyymca the YMCA of Greater Richmond and @questswimmingva swimming for guiding me as I fell in love with the sport, and putting me on a path to reach my full potential.

Thank you to @lacurrent for giving me my first chance on the international stage with @iswimleague . Thank you to @energystandard for taking me on for two seasons and giving me the opportunity of a lifetime. It was an honor to race beside my heroes and role models in this sport.

Thank you to @mikrisra@kimberlyheinks@emmaswanwick1 who were behind the scenes but played such integral role in my success. Without y’all I never would have reached my full potential and I cannot thank you enough.

To my Tennessee coaching staff over the years, y’all had quite a handful to deal with (my apologizes) and there’s literally nothing I can say that would describe how grateful I am to you all. To @ashley.jahn thank you for molding me into the woman I am today. For teaching me to be brave and expect the best out of myself day in and day out. Thank you for always being in my corner. To @mkredich , you’ve seen the highest of highs and lowest of lows and never once did your compassion or belief in me waiver. You’ve been my rock these past 7 years. Thank you for being so much more than just a swim coach.

To my Tennessee Elite gals, y’all pushed me to be elite every single day and even though we usually competed against each other, nothing made me happier than traveling the world with my teammates.

Finally, my Vols & Lady Vols. Y’all shaped me into the person I am today. From 2015 through 2022, every single one of y’all have made an impact on my life. We are a Big Orange family, and I’m grateful to have brothers and sisters everywhere I go.

Maddy Banic finished her college career as part of an NCAA champion 200 medley relay, with Tennessee, one of 12 All-America honors she earned.

After graduation, Banic excelled in the International Swimming League with Energy Standard. Among her accomplishments was an American record in the women’s 50 fly.