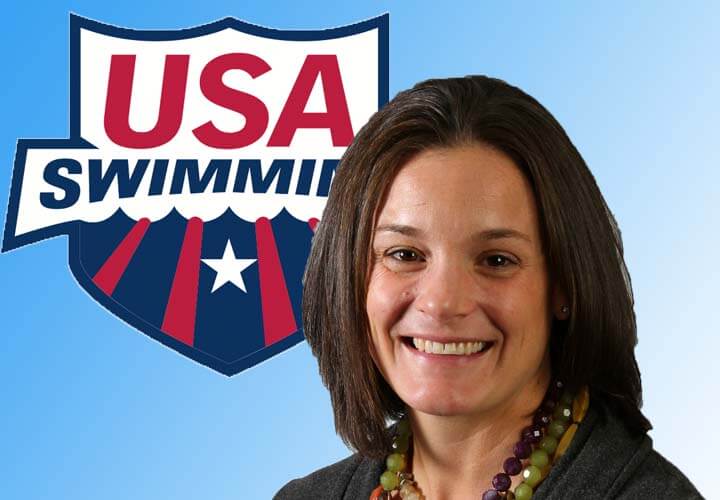 Not every international meet can be perfect, but this year’s World Championships went about as well as possible for the United States. The Americans’ 45-medal haul was the most of any World Championships ever, and even with many top international stars missing as they targeted other major competitions, USA Swimming National Team Managing Director Lindsay Mintenko could only call the performance a major success.

Some of the signature moments for the American teams included wins in the 800 freestyle relays, both returning to the top of the podium after the women took silver and the men missed the medals entirely at the Tokyo Olympics. The women pulled off an upset to finish on top when Katie Ledecky stormed into the lead with the third-fastest in history, and then Bella Sims crushed her best time on the anchor leg to actually pull away from Australia.

“Magical,” Mintenko said of the relay. “I’ll be honest, we weren’t expecting that of Bella. She didn’t let anybody get past her. I wouldn’t want to be in a head-to-head race with Bella anytime soon.”

It was a similar outcome in the men’s relay one day with three 1:45 splits and a 1:44.34 from Kieran Smith on the anchor leading to a three-second U.S. win. The American team also overcame the loss of Caeleb Dressel to a health issue midway through the meet. “They were incredibly supportive of the decision that was made, of Caeleb as a person,” Mintenko said.

When recalling her favorite moments of the Budapest experience, Mintenko immediately brought up the mixed 400 medley relay, when the U.S. coaching staff had to overhaul the lineup just over an hour before the session began. The swimmers whose assignments changed, swimmers who were called into duty and at least one swimmer who was moved off the relay handled everything in stride, and the relay rebounded from a shocking fifth-place finish in Tokyo with a gold medal.

“I think the mixed medley stepping up was really cool. Not only the people that thought they were going to be on it and didn’t have the opportunity anymore, they were incredibly supportive, and then those who, when they were asked, to step up and be a part of it, without hesitation, they said yes. That shows a lot of pride,” Mintenko said.

“Hunter [Armstrong] was pretty special when Justin [Ress] got reinstated [in the 50 backstroke] and the way Hunter handled that. That just goes to show you how special these teams are and how important the teammates are to each other. A lot of people look at swimming as an individual sport, and I’ll tell you what, we wouldn’t have won 45 medals with just one athlete. It definitely shows how special these teams are.”

Mintenko has been at the helm of the U.S. national team since 2017, and she worked with the national team since 2006, shortly after her own swimming career ended. During that time, she has watched so many athletes grow from international rookies into seasoned veterans and leaders, and that evolution has been gratifying for her to watch, particularly in a sport where success is never guaranteed.

Case in point: one of the captains of this year’s Worlds team was Leah Smith, a seven-year national team veteran who missed the 2021 Olympic team but bounced back to qualify for Worlds in three events.

“They move into leadership positions, and they take on a little bit of a different role, but they still take a lot of pride, and they still appreciate the opportunity, and I think that’s something that’s super cool, that no matter how many times you’ve been on a World Championship team or an Olympic team or an international team trip, you still cherish the opportunity to go represent your country,” Mintenko said. “And you see that. You can still the pride and how excited they are when they win international medals.

“The fact that Ryan [Murphy] had never won an individual world championship was kind of a shocker to me, so it was great to see him finally do that. I think it’s important. I think people sometimes forget that these people are working their tails off day-in and day-out. It’s not a done deal every time they go to a selection meet, and I think it’s important to recognize how hard they’re working to get where they are.”

With attention turning to 2024, central to Mintenko’s focus is the seven relay events that will be contested at the Paris Games. In Tokyo, the Americans won only two relay gold medals (men’s 400 free and men’s 400 medley), while two squads finished off the podium entirely, the aforementioned 800 free relay team as well as the mixed 400 medley squad that ended up fifth, largely thanks to strategy errors.

In particular, the American team lags behind Australia in both freestyle relays. The Aussie women have gone undefeated in the 400 free relay on the international level since 2018, and they broke the world record in the 800 free relay at last week’s Commonwealth Games.

“When we get back from Australia in the middle of the month [after Duel in the Pool], we’re going to start putting a lot of emphasis on relays,” Mintenko said. “We’re going to try to focus on how we can get our men and our women faster in these relays. We’ve been very fortunate to win the 400 for the men. There’s a lot of competition out there in the 400 for women, so we’ve got a lot of work to do. It’s going to be a big focus for us.”

On getting more women under 53 in the 100 freestyle: “We’re getting there. I think I’ll have to sit with the performance team and obviously the coaches who are having those athletes consistently go 52 and figure out ways that we can get better. Maybe we can look at some of the ways that the Aussies are swimming and some of the great things they’re doing and finding ways that we can improve. I’m a big fan of always continuing to learn. I think our coaches and athletes are pretty smart people, and I think that they would think the same way, that they always want to learn and get better.”

On Torri Huske’s performance at Worlds: “She held it together the whole time. An eight-day meet is a big change, and the Games will be nine, and hopefully next summer will be nine so we have a little more of what it feels like for a Trials rehearsal or whatever. That’s a hard thing to do mentally and physically, so to see her step up, hopefully getting through your first one will propel Torri and others to continue to have success at these big international competitions.”

On continued COVID-19 challenges: “It’s going to always be an issue, right? No matter what we do, it’s going to be an issue, and I think we’ll just need to rely on our team doctors and rely on the situation that we’re in, and the athletes have been very supportive of the decisions that we’ve had to make to keep our team safe. My focus has always been to keep our athletes healthy and safe when we travel internationally and put the focus on performance, but this has taken it to a new level. It’s hard because this is a virus where if one goes down, you all go down, so you have to be really careful and really mindful of what you’re doing and making sure you’re not putting not only yourself at risk but others.”

On Russia’s status for international competition: “I’m working with the USOPC on that, trying to figure out what their status is and what it will be in the future. Like I said, we can’t control who’s at the meet. We can’t control who decides to come to the meet. We’re just going to do our best and do what we can to make sure that we’re ready to go and race whoever’s there.”

On the new swimming schedule for the Olympics: “Adding another day of the meet is a lot. I think they’re trying to do what’s best for the athlete, and at the end of the day, I think that’s what’s most important.”

Adam Peaty Has Found ‘Hunger That I Was Missing’

Inventory Reporting: What it Is and How to Use it for Your Retail Business