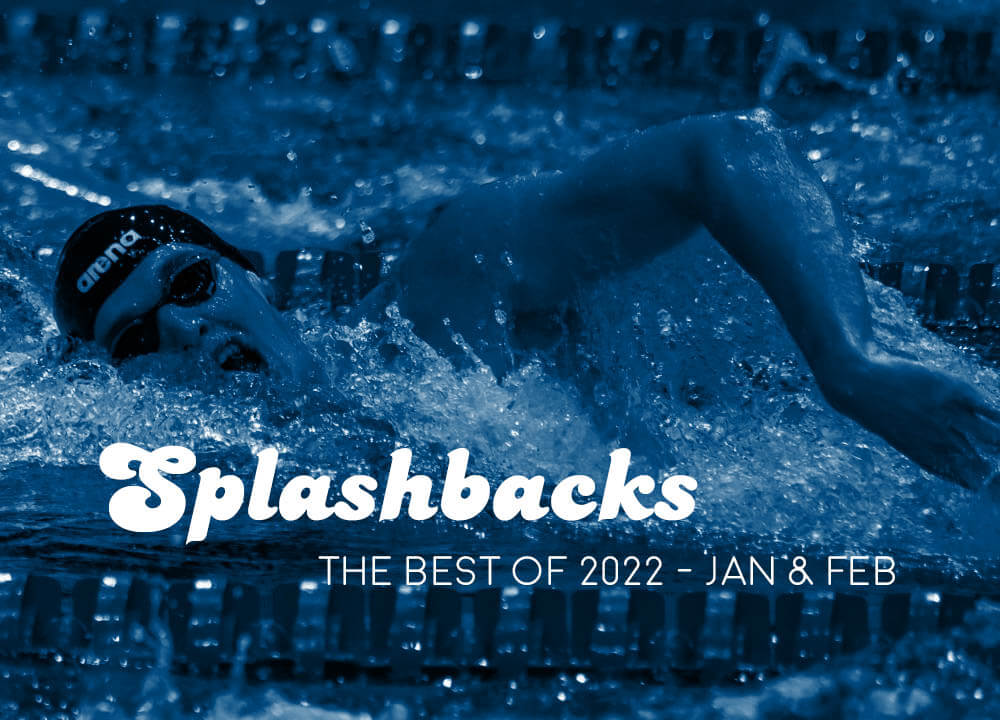 A new year is around the corner and if 2023 is anything like the past 12 months, there will be plenty to discuss and follow. Over the last year, the sport witnessed its share of standout performances, some controversy, the emergence of new stars and a jam-packed competition calendar.

Keeping with tradition, Swimming World will wrap up the 2022 campaign with its annual series titled, Splashbacks. Through six installments that are broken into two-month periods, we will revisit some of the biggest (and most-read) stories from the past year.

We begin with a look at January and February.

1. Olympic Champ Nancy Hogshead-Makar: Why Lia Thomas and Transgender Athletes Must Not Compete Against Biological Females

It shouldn’t come as a surprise that several of the most-read stories from January and February concerned Lia Thomas, the transgender swimmer who competed for the University of Pennsylvania in women’s competition following three years as a member of the Quakers’ men’s squad. Thomas’ presence raised the question of fairness for female athletes, as noted by Olympic champion Nancy Hogshead-Makar.

Following analysis and criticism from Michael Phelps on Michael Andrew’s difficulties finishing strongly in the 200 individual medley, Andrew appeared on the Inside with Brett Hawke Podcast and agreed with the 28-time Olympic medalist’s analysis. How Andrew will perform moving forward, and whether he can find a solution to his closing struggles, remains to be seen.

3. Guest Editorial: In Defense of Lia Thomas and Her Right to Compete

Another piece on Lia Thomas and the transgender-participation issue arrived in editorial form and argued for Thomas’ involvement in women’s competition. The article was met with a mix of support and disagreement, but provided an opportunity for both sides of the debate to weigh in.

Coverage of the Orlando Sectionals focused on American distance legend Katie Ledecky producing a time in the 800-meter freestyle that was faster than the mark she clocked en route to gold at the Olympic Games in Tokyo. The article also included coverage of Caeleb Dressel defeating Michael Andrew in the 50 butterfly.

5. American Swimmers Lose Big With No World Championships in 2022

This article from January, when the summer’s World Championships were in doubt, focused on how American swimmers would lose out without a major competition for the year. Ultimately, a World Champs took place Budapest, and Team USA athletes flourished during their chance to race.

Melvin Anthony Explains His Choice to Follow a Plant-Based Diet