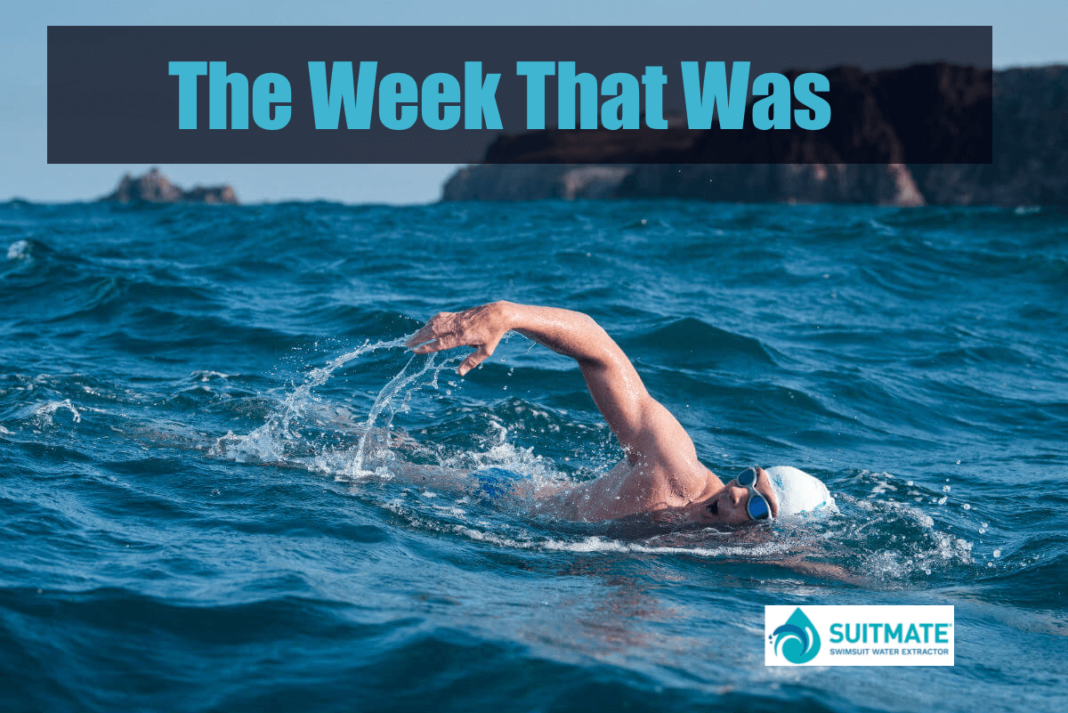 The Week That Was #1: Swim Adventurer Lewis Pugh Becomes The First Person To Swim Across the Red Sea British endurance swimmer Lewis Pugh recently became the first person to swim across the Red Sea. Pugh set off from Tiran Island, Saudi Arabia on October 11, and completed the 76-mile swim 16 days later, arriving in Hurghada, Egypt on October 26. The Red Sea is home to some of the most biodiverse coral reefs in the world. The swim was undertaken to help shine a spotlight on the plight of coral reefs in the area as a result of climate change. During the swim, Pugh was joined by fellow open water swimmers and conservationists from Egypt, and Saudi swimmer Mariam bin Laden. Read More… The FINA Open Water Tour 2023 released dates on Thursday for its events next season, the 17th iteration of the global series. The six dates are in addition to the FINA World Championships next summer in Fukuoka, Japan. The tour will have two other stops in Asia – in Taipei’s Sun Moon Lake and in Hong Kong on consecutive weekends to end October and start November. The tour kicks off on May 20-21 in Golfo Aranci, Sardinia, the first Italian stop for a FINA open water event. Read More…

The Week That Was #3: International Paralympic Committee Suspends Russia, Belarus Based on ‘Ethical Principles’ The decision by IPC members to suspend NPC Russia and NPC Belarus stems from their inability to comply with their membership obligations under the IPC Constitution. This includes the obligations to “ensure that, in Para sport within the Paralympic Movement, the spirit of fair play prevails, the safety and health of the athletes are protected, and fundamental ethical principles are upheld” and “not to do anything (by act or omission) that is contrary to the purpose or objects of the IPC and/or that risks bringing the IPC, the Paralympic Movement, or Para sport into disrepute.” Read More…

The Week That Was #4: Reece Whitley on Resurgence After Reflection: ‘Fresh Perspective Changed My Outlook’ Reece Whitley was at a crossroads. After helping Cal win the NCAA championship as a senior, there were plenty of options, ranging from coming back for a fifth year because of the pandemic, to turning pro, to retiring. Whitley took a long time to make sure he made the right decision. “This summer, I had to do some things for myself, which are done. I kept my tone in the water, but I really had to find my ‘Why?’ Why do you do this? What is the point of a fifth year for me? I love my team more than anything else, but there has to be a a personal aspect there, so I had to find that,” Whitley said. Read More…

Stay tight, but not too tight

Do You Need Yoga Insurance to Teach Online?