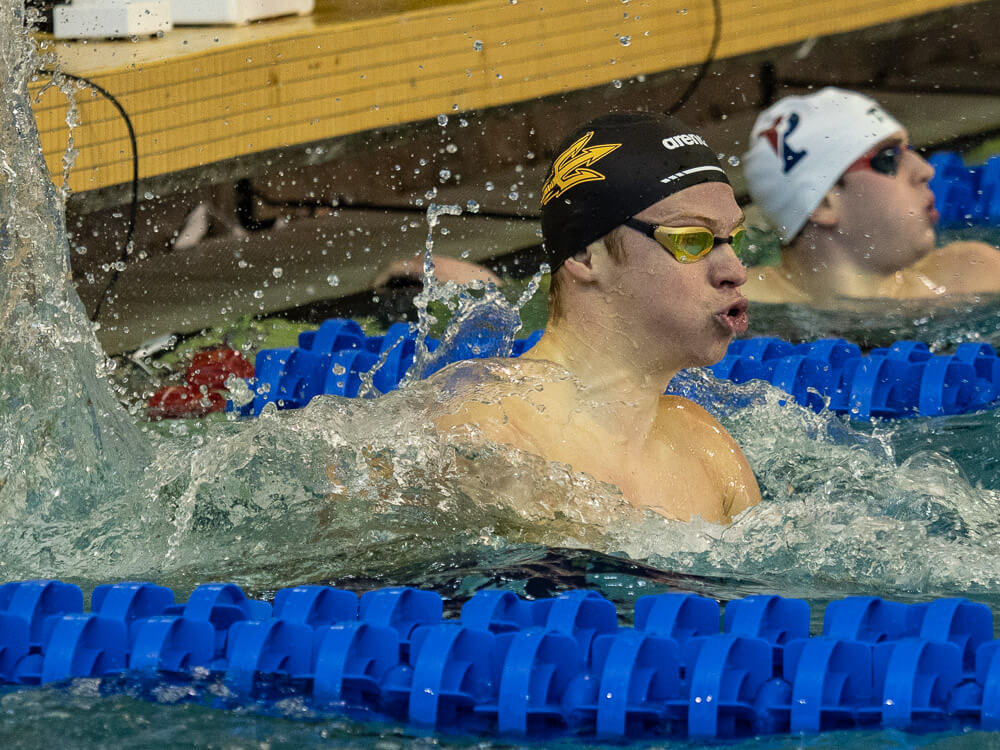 Coming off a sensational dual-meet performance against Stanford on Friday, Arizona State’s Leon Marchand figured to produce several more elite efforts during Saturday action against Cal. Still, what Marchand managed at the Mona Plummer Aquatic Center was difficult to comprehend, especially in the 400-yard individual medley.

In the last individual event of the meet, Marchand broke the NCAA and U.S. Open records in the 400 IM, going 3:31.84. The previous records were set by Hugo Gonzalez, who clocked 3:32.88 to capture last year’s NCAA title in a race that featured Marchand as the runnerup. Gonzalez, who just rejoined the Cal squad for the spring semester, was fifth in Saturday’s meet.

As stunning as it might be to see an NCAA record go down in dual-meet competition, Marchand set the stage for such a performance on Friday. As Arizona State topped Stanford, the Frenchman went 51.15 in the 100 breaststroke, 1:49.16 in the 200 breaststroke and 1:38.89 in the 200 individual medley. On Saturday, he was even better.

Marchand opened with a butterfly split of 48.75 and followed with a backstroke effort of 53.68. He then dipped under a minute for the breaststroke, going 59.30 to put the record within reach. Marchand closed with a freestyle split of 50.11 and won the event by nearly 12 seconds over teammate Hubert Kos (3:43.77).

The reigning world champion in the 200 individual medley and 400 individual medley, Marchand has put a sub-3:30 performance on notice for the Pac-12 Championships and NCAA Championships, which will be held in March. Additionally, this summer could feature the French star taking down Michael Phelps’ iconic world record in the 400-meter IM, which has stood since the 2008 Olympic Games at 4:03.84. Marchand ranks No. 2 in history in the event.