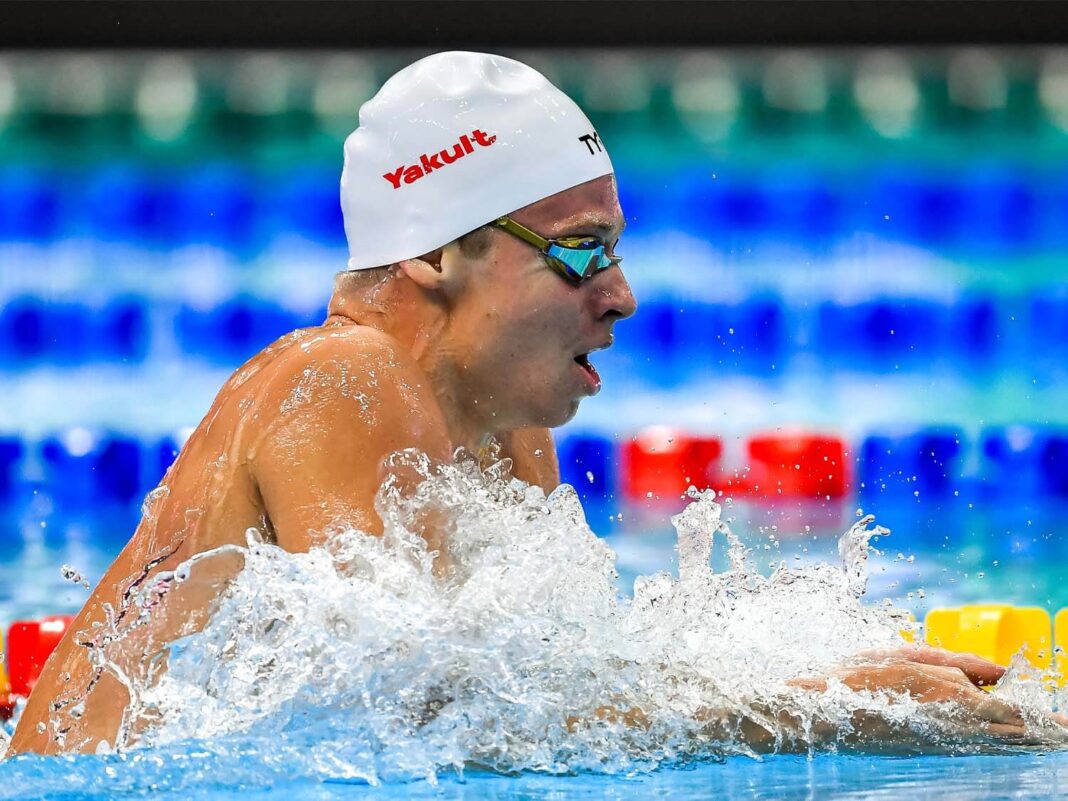 Just because the FINA World Championships are over, that doesn’t mean Frenchman Leon Marchand is done with his record-setting ways.

Racing at the Spanish Championships, Marchand broke the French record in the 200-meter breaststroke, thanks to a clocking of 2:08.76. That performance bettered the previous standard of 2:08.94, set by Hugues Duboscq at the 2008 Olympic Games in Beijing. It is Marchand’s fourth national record of the summer, complementing previous French marks in the 200 individual medley, 400 individual medley and 200 butterfly.

The NCAA champion for Arizona State University in the 200-yard breaststroke, Marchand has dazzled the sport with his versatility. During his latest record effort, he was out in 29.53 and came through the midway point of the race in 1:02.02. He turned at the 150-meter mark in 1:35.16 and closed with a split of 33.60.

At the World Championships, Marchand was nothing short of sensational. He scared the world record in the 400 individual medley, winning gold in 4:04.28 (the second-fastest time in history), and he also won the world title in the 200 medley. For good measure, Marchand earned the silver medal in the 200 butterfly, placing behind Hungarian Kristof Milak and his world record of 1:50.34.

The 2:08.76 would have placed Marchand fourth at the World Championships behind gold medalist Zac Stubblety-Cook and co-silver medalists Yu Hanaguruma and Erik Persson. It was no surprise that the 21-year-old recorded an elite time in the 200 breast based on his collegiate results and his breaststroke splits in his medley wins in Budapest. Marchand split 1:07.28 in the 400 IM on the breaststroke leg, more than three seconds faster than Michael Phelps swam on the way to the still-standing world record of 4:03.84 in 2008.