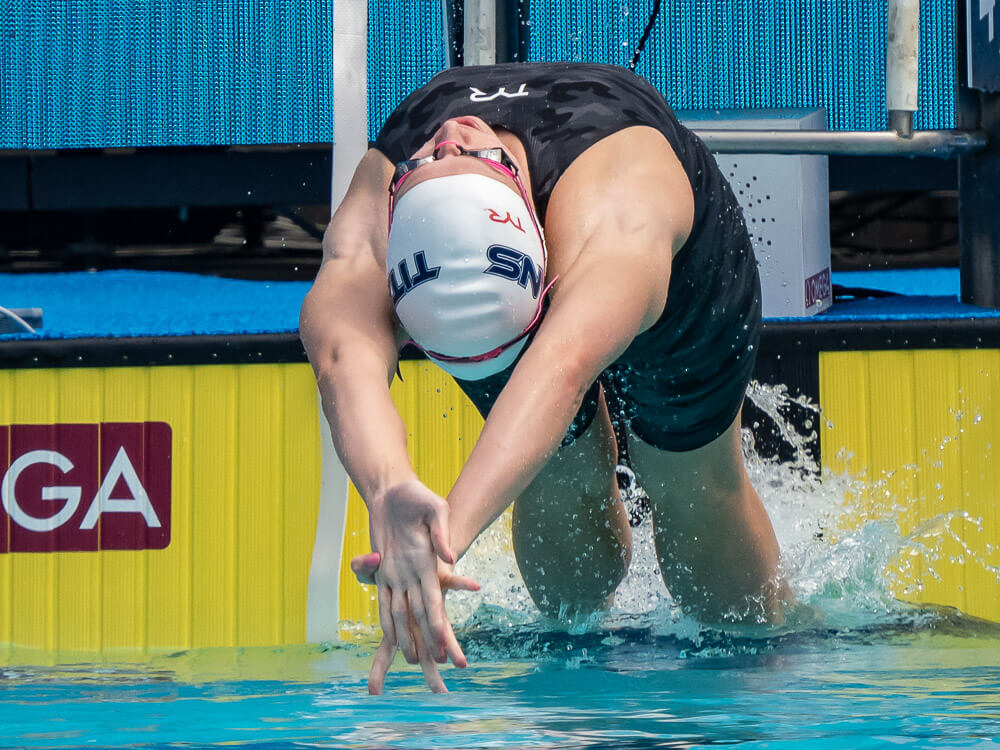 Led By Claire Curzan, Four Newcomers to Look Out For this NCAA Season

In the past month, college teams across the country have returned to the pool for their first competitions of the 2022-2023 NCAA season. From NAIA to Division I, thousands of athletes will spend the next five months – in and out of the water – striving to prepare themselves for the conference and national-championship seasons.

While Brooks Curry, Alex Walsh and Carson Foster, among others, are returning stars, several newcomers will look to make their marks on the collegiate scene. The swimmers that were high school stars and are now newbies will no doubt deliver a serious mark on the NCAA campaign.

Hailing from North Carolina and SwimMAC Carolina, Baylor Nelson was the fifth-ranked recruit from the class of 2022 according to SwimCloud’s Power Index. Nelson, who committed to swim collegiately at Texas A&M University last fall, was named USA Today’s 2022 High School Swimming and Diving Athlete of the Year in August. During his time in high school swimming for Community School of Davidson, he amassed seven North Carolina individual state titles. Over the summer at the Speedo Junior National Championships in Irvine, Nelson helped lead SwimMac Carolina to a top-10 finish as he placed in the top-16 in all of his events. His top finish arrived in the 200 IM,  where he finished third with a final time of 1:59.13.

Nelson, now in College Station training with the Aggies, competed in the SMU Classic last month and achieved NCAA B-Standards in the 200 freestyle, 200 breaststroke and 200 IM.

The No. 1 ranked recruit in the nation, Quintin McCarty has proven himself to be an immediate force. Originally from Colorado Springs, and Pikes Peak Athletics, McCarty is a freshman for the Wolfpack of North Carolina State. Before being named to the 2022-2023 USA Swimming National Junior Team, McCarty had an outstanding senior season at Discovery Canyon High School. At the 4A Colorado High School State Championships, McCarty set meet records in both the 50 and 100 freestyle, going 19.47 and 42.73, respectively.

After competing for the first time for the Pack last month, McCarty had a standout meet against Kentucky, achieving two NCAA B-Cuts, and was named an ACC Swimmer of the Week.

Another top recruit in the Class of 2022, Claire Tuggle is coming off dominant summer and high school season as she heads into college. Swimming for Santa Maria Swim Club and Saint Joseph High School in California, Tuggle obliterated the CIF Central Section championship records in the 200 and 500 freestyles, beating the former records by seven and 14 seconds, respectively. When she transitioned to the summer long-course season, she had top-five finishes in both the 200 and 400 freestyles at the National Championships in Irvine.

Tuggle committed to the University of Virginia in August of 2020, adding strength to the already dominant Virginia squad. In October, Tuggle swam her first meet for the Cavaliers when they faced SEC powerhouse Florida. Tuggle helped lead her team to the victory over the Gators by winning the 1000 and finishing fourth in the 500. As Virginia looks to make it back-to-back-to-back national championships, Tuggle brings an immediate impact to the Cavs.

One of the most versatile swimmers on the female side for the class of 2022, Claire Curzan has been on fire over the past year and a half. After making the 2020 Olympic Team and winning a silver medal for being a part of the 400 medley relay, Curzan had an outstanding 2022 World Championships. In Budapest, Curzan brought home two golds and three bronze medals, with her first individual medal coming in the 100 backstroke, where she finished third. Curzan is the junior world record holder in the short-course 100 butterfly and 50 freestyle. Curzan swims for the TAC Titans out of North Carolina, and is now in her freshman year at Stanford.

In her most recent meet for the Cardinal, Curzan set a pool record in the 100 backstroke at Washington State University, going 53.46 while helping lead her team to the 147-108 victory.