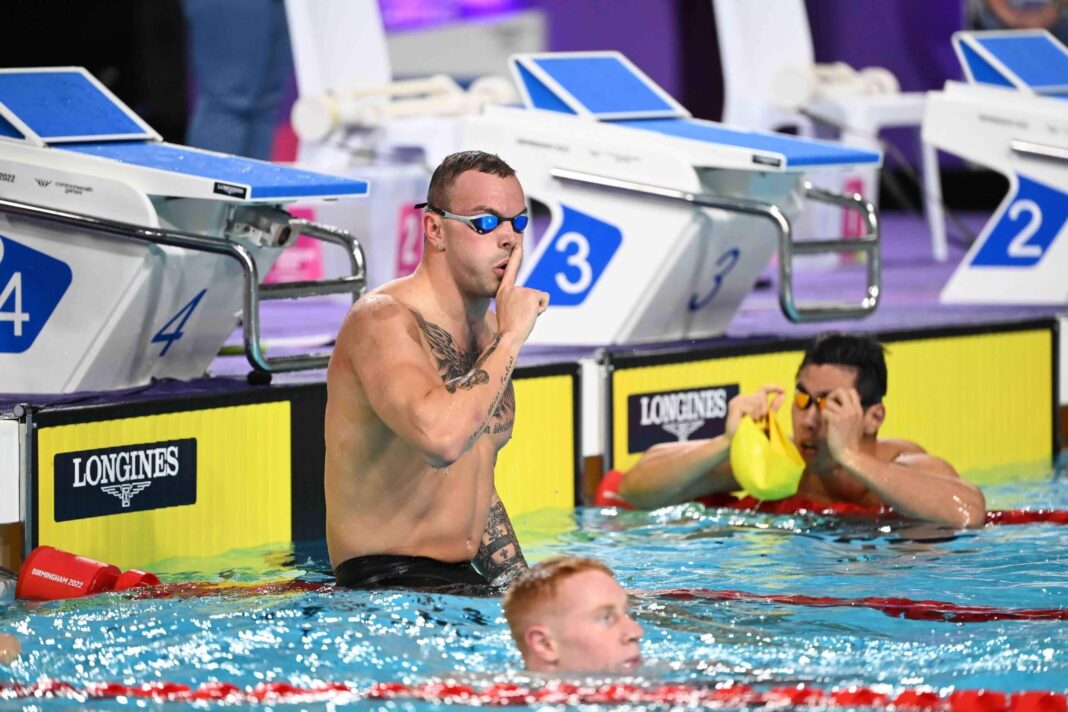 Kyle Chalmers has revealed he is back in his happy place and will throw his heart and soul into swimming as fast as he can over the next three months in the multi-million dollar Fina World Cup Series and the Fina World Short Course Championships.

The 2016 Olympic champion and World Short Course record holder was born to swim and swim faster than almost anyone else in the world and the Australian Swim Team feeds off his energy and never-say-die attitude.

And there has been a collective sigh of relief in the sport’s corridors of power over the past week after a series of media interviews with the sprint king saying he is in a better place and ready to lead the Dolphins when a Fina World Championship meet returns to Melbourne with the $US 2.16 million Short Course Worlds in December for the first time since 2007.

Chalmers has spoken candidly about the media storm that threatened to derail his career saying he was left mentally scarred from media stories surrounding his relationship with National teammates Emma McKeon and Cody Simpson earlier this year.

Chalmers was again quick to pour cold water on his relationship with his team mates saying “there was no feud whatsoever.”

He was ready to retire from the sport he loves before the World’s and Commonwealth Games and would ask officials to send him home early from Birmingham before finding the mental strength to swim on, winning the 100m freestyle in Games record time.

And he is now priming himself for a powerhouse finish to 2022.

Chalmers told News Corp: “I’ve formed a very good relationship with the pool that I think is the greatest form of meditation for me – when I jump in and just swim, with no coach and no pressure and just swim for fun,’’

“Swim a kilometre maybe and in my own mind I’m just zoned out to the world…it’s probably my safest place and it’s my greatest form of meditation these days and something I try to do even while I’m on a break.

“I love my sport, I love my job, I love what comes with it and the travel and being able to have this time off has been refreshing and nice.

“I just have to find peace with everything and I do love what I do and I love being able to travel and swimming and representing my country – there’s no greater feeling. I’m definitely in a good place with swimming.

“My body is the best it’s felt in a really long time.”

The lad from Port Lincoln, known affectionately as the ‘big tuna’, still has a list of achievements he has to tick off; the 2024 Paris Olympics at the top of the list.

And after overcoming his heart ailment and surgery in 2019 for a long-term condition, and shoulder surgery last year, he’s taking nothing for granted.

“I’ve got a few more things to do and I’ll be a happy man,’’ Chalmers told journalist Jackie Epstein.

“I think it’s just the 100m freestyle, it’s just ticking off all the boxes in that.

“Then I have a crack at world long course and if I can go out with a bang in Paris and do well there, I can have a pretty successful career to look back on and be pretty content and happy that I’ve achieved everything I wanted to and set my sights on.

“There’s still a few things to go and a lot of hard work to go.

“I just take it as it comes. My body could give way tomorrow so it’s a hard thing to gauge.

“Paris is the goal and I’ll do everything right to get myself right for it. You have to be a bit flexible because you never know what’s going to come up with your body and I just take it day by day to be the best I can be.”

Epstein wrote that Chalmers’ current peaceful state emanates from having time with family and friends before he heads to Europe on October 16 after confirming he has committed to the 2022 Fina World Cup Series.

“I’m looking forward to setting some more super-fast times in the 25m pool as well as really enjoying the sideline activities. I hear we have a sweet programme line-up so I’m looking to find out what Berlin, Toronto and Indianapolis have in store,” said Chalmers.

“Not only did I set a world record during last year’s Swimming World Cup, but the experience both in and out of the competitive arena helped turn some good-natured rivalries into friendships.”

The tour gets underway in Berlin (21-23 October) before heading over to North America for events in Toronto (28-30 October) and Indianapolis (3-5 November).

Additional financial incentives include a USD $10,000 world record bonus as well as a USD $10,000 bump in pay for athletes that complete a “crown” by winning the same event in all three city stops.

There will also US$ 25’000 paid to the swimmers establishing each new World Record during the programme of the Championships. Read more about this event click here.

Is Book of the Month worth it?