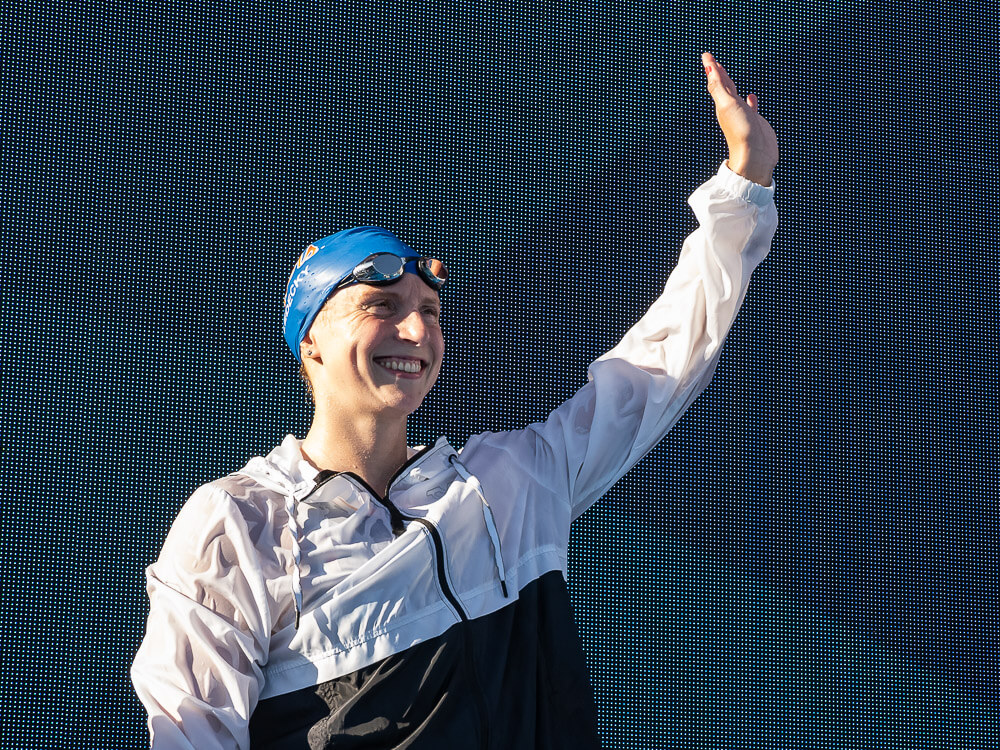 Katie Ledecky on Wednesday was named the 2022 female athlete of the year by the Associated Press. It’s the second time the Olympian has won the award, also crowned the nation’s top female athlete in 2017.

“I know so many great athletes have won this honor,” Ledecky said in the AP story. “I’m really happy — happy with how my year went, and also excited about the future.”

Katie Ledecky earns AP’s Female Athlete of the Year. This is the Olympian’s second time winning the accolade.

She was chosen by a panel of 40 sports writers and editors from news outlets across the country. https://t.co/4AB5xmj8Il pic.twitter.com/pzlISzmJlg

Ledecky had 22 votes, even with McLaughlin. She got the award with one more first-place vote – 10, eight second-place, four third-place, to McLaughlin’s 9-9-4. A’ja Wilson, of the Las Vegas Aces in the NBA, was third with 18 votes (two first-place). Aliya Boston of South Carolina women’s basketball received seven first-place votes out of 14 total, even with Polish tennis player Iga Swiatek.

Ledecky had a typically stellar performance at the 2022 FINA World Championships in Budapest. She won the 1,500 freestyle by nearly 15 seconds and prevailed in the 800 free by more than 10 seconds. The latter was her fifth straight world title in the event. She added a competition record in the 400 free. Ledecky also swam a leg on the gold-winning 800 free relay.

Ledecky also made a late-season and rare foray into the short-course pool at the FINA World Cup stops in North America. She set the world record in the 1,500 free (15:08.24) in October in Toronto, taking nearly 10 seconds off the mark and setting an American record in the 800 in the process. She downed the 800 free mark (7:57.42) in November in Indianapolis.

One of the most decorated swimmers in history, Ledecky won gold in the women’s 800 free and 1,500 free at the Tokyo Olympics in 2021 to go with silver in the 400 free and 800 free relay. She has 10 career Olympic medals (seven gold, six individual gold). She has 22 career World Championships medals, 19 of them gold and 14 individual golds. She was also voted the American Female Swimmer of the Year by Swimming World and won the ESPY Award for best athlete in female sports this year.

This year was the first that Ledecky spent in Gainesville training with the University of Florida, after changing her training locations from Stanford University after the Tokyo Games. She’s also a volunteer assistant coach for the Gators. The early indications are that the refreshed environment has helped her.

“It’s been a lot of fun every day,” she said. “This is the right place for me to be at this point in my career. I’m training really well and learning a lot along the way.”