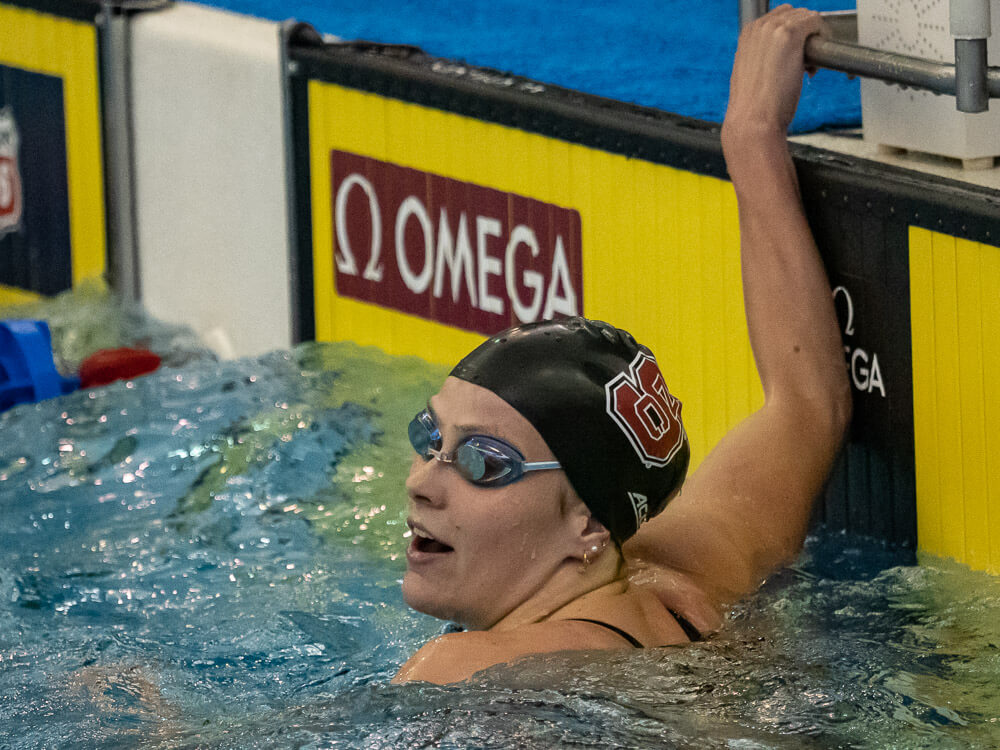 Heading into her senior season at North Carolina State University, Katharine Berkoff has won an NCAA title and achieved some international success, but she has also contended with exceptional U.S. depth in the women’s backstroke events. At the NCAA Championships in March, Berkoff became the first woman ever to break 49 in the 100-yard back as she won a second consecutive national title, and one month later, she won the 50-meter back at the U.S. International Team Trials to qualify for her first World Championships. But in the 100 back, Berkoff ended up fourth in an elite field.

After taking silver in the 50 back at the World Championships, Berkoff is racing this weekend at a Sectionals meet in Cary, N.C., just a few miles away from NC State’s campus, and she won the 100 back Friday in 59.52. The time was about nine tenths shy of her season-best time of 58.61 from April that ranks her sixth in the world for 2022.

Meanwhile, NC State sophomore-to-be Aiden Hayes is racing this week at a separate Sectionals meet in Columbia, Mo., while representing his home club (Sooner Swim Club). After swimming a time of 51.78 in the 100 fly Thursday, he won the 200 fly Thursday in 1:58.33, while Missouri’s Jack Dahlgren placed second in 2:00.05.