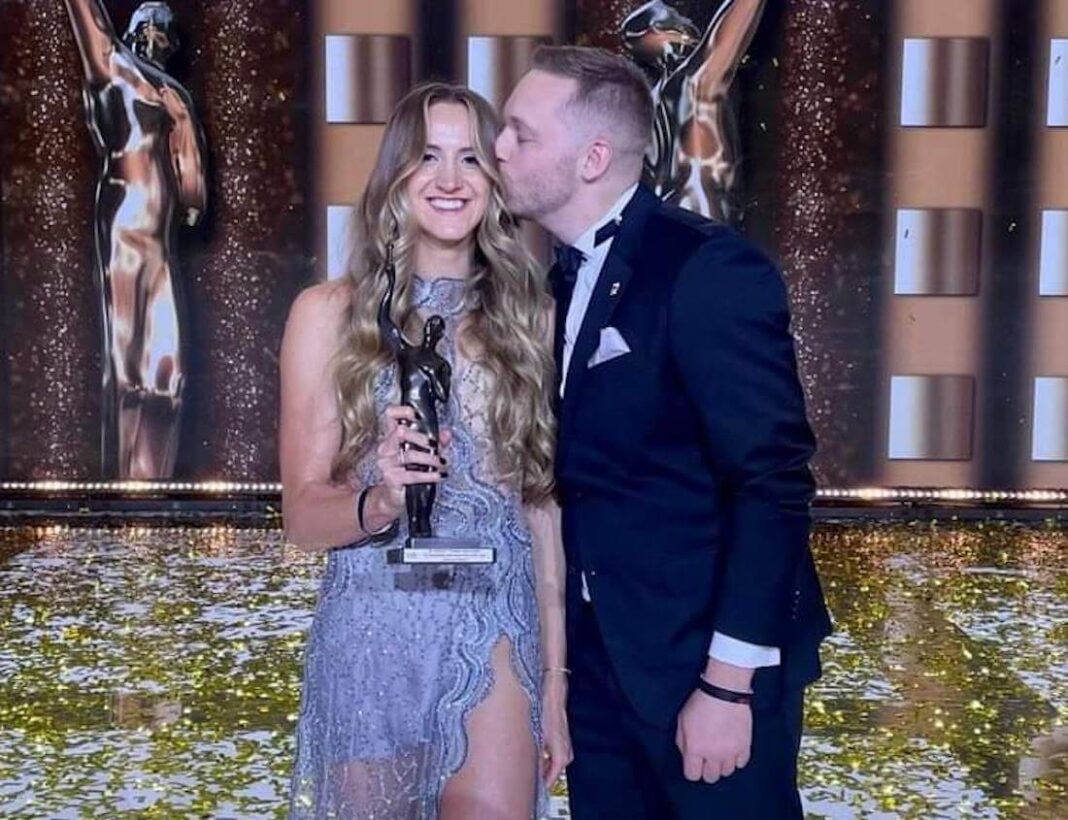 Katarzyna (Kasia) Wasick made her resurgence into the world’s elite swimmers at the Tokyo Olympics – her fourth.

But she hasn’t shown any signs of slowing down. In fact, she is getting even faster and is finally starting to get recognized as one of the top sprinters in the world.

Wasick said the best part of the honor was it was selected by the fans. She finished eighth in the nation’s voting.

“Even though swimming is not promoted much in Poland, fans recognized my achievements,” Kasia Wasick told Swimming World. “It means the world to me knowing that I got that award because of what I did in the pool this year and it was appreciated by the fans. It gives me a big kick for this upcoming season to make my country proud.”

She won the silver medal at the 2022 FINA World Short Course Championships, finishing in 23.55 seconds. Earlier in the year, she went a 23.10 at the FINA World Cup Indianapolis stop in

November, the sixth-fastest time in history, which helped put her in prime position for a strong short-course worlds.

Earlier in the year, Kasia Wasick, who trains in Las Vegas, competed at the U.S. National Championships in June, and won the 50 free in 24.17.

That adds up to a pair of World Championship silver medals, a U.S. Nationals title and some FINA World Cup victories. Not a bad way to follow up an Olympic resurgence.