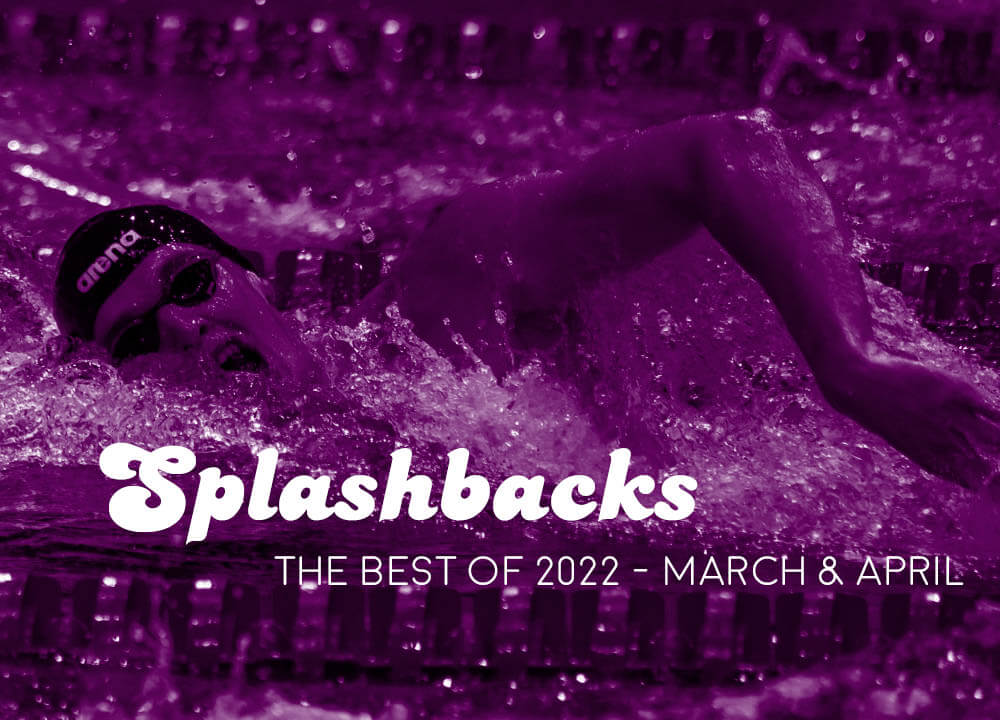 A new year is around the corner and if 2023 is anything like the past 12 months, there will be plenty to discuss and follow. Over the last year, the sport witnessed its share of standout performances, some controversy, the emergence of new stars and a jam-packed competition calendar.

Keeping with tradition, Swimming World will wrap up the 2022 campaign with its annual series titled, Splashbacks. Through six installments that are broken into two-month periods, we will revisit some of the biggest (and most-read) stories from the past year.

Here is a look at the top stories from March and April.

Current and former members of the University of Arizona program penned a letter to the NCAA that argued the presence of Lia Thomas at the NCAA Championships was unfair. The letter specifically noted the physical advantages of Thomas, along with her rise in rankings after transitioning from male to female.

2. NCAA Title For Lia Thomas Is Joke With Biological Women As Punchline; Hardly a Laughing Matter

After Lia Thomas won the NCAA title in the 500-yard freestyle in convincing fashion, Editor-in-Chief John Lohn wrote a column which regarded the victory as a joke. The punchline? Biological female athletes. The decision to allow Thomas to compete was an affront to women’s athletics.

After the completion of the NCAA Championships, the College Swimming Coaches Association of American released the athletes who earned All-American status. The honor is difficult to attain and is considered a premier achievement.

Following a stint on administrative leave following unacceptable conduct on deck, Southern Cal coach Jeremy Kipp turned in his resignation as head coach of the Trojans. Among the abusive acts allegedly performed by Kipp was throwing a water bottle at a swimmer during a practice session.

As the University of Virginia stormed to the team crown, Gretchen Walsh blasted the field in the 100 freestyle to claim her first individual NCAA title. Walsh scored in three solo events and was a key relay contributor for the Cavaliers.

The School For Good and Evil: Trailer, Cast, Release Date