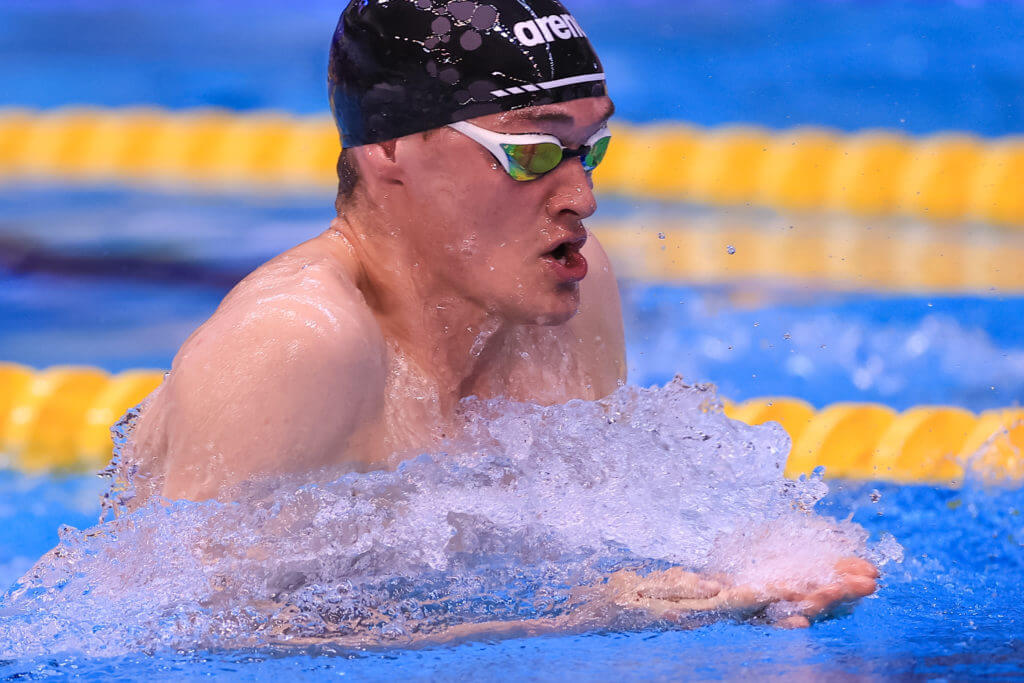 For the first time in Adam Peaty’s lengthy international career, he is not the gold medalist at a major international competition in the 100 breaststroke. Peaty is the two-time Olympic gold medalist and world-record holder in the 100 breast, his best time almost a second quicker than any other man in history, but at the Commonwealth Games in Birmingham, England, Peaty fell to fourth in the final of his signature event as his English teammate James Wilby stormed through the field to take gold.

Peaty had the top semifinal time at 59.05, and he pulled ahead of the field by the halfway point. He turned in 27.43, just ahead of Aussie Sam Willamson while Wilby was three tenths further back. But on the second length, Peaty was unable to pull away as he has done in so many major finals over the years. Instead, it was Wilby, the silver medalist in this event at the 2019 World Championships, who surged to the front of the field, and he held off a late charge from the world-record holder in the 200 breast, Australia’s Zac Stubblety-Cook.

Wilby finished in 59.25, while Stubblety-Cook took silver in 59.52 and Williamson got to the wall in 59.82, just four hundredths ahead of Peaty, whose time from semifinals, a mark two seconds off his world record, would have been quick enough for gold. But this moment was about Wilby, who was much slower than his lifetime-best mark of 58.46 that ranks him tied for seventh all-time and even behind his season-best mark of 58.93 from the World Championships final last month, where he finished fourth. The gold medal was Wilby’s second individual top honor at a major meet after he took gold in the 200 breast four years ago on the Gold Coast.

Top 10 Resistance Band Exercises (You can do anywhere)

Weekly Wake Up- Live From Your Strengths!