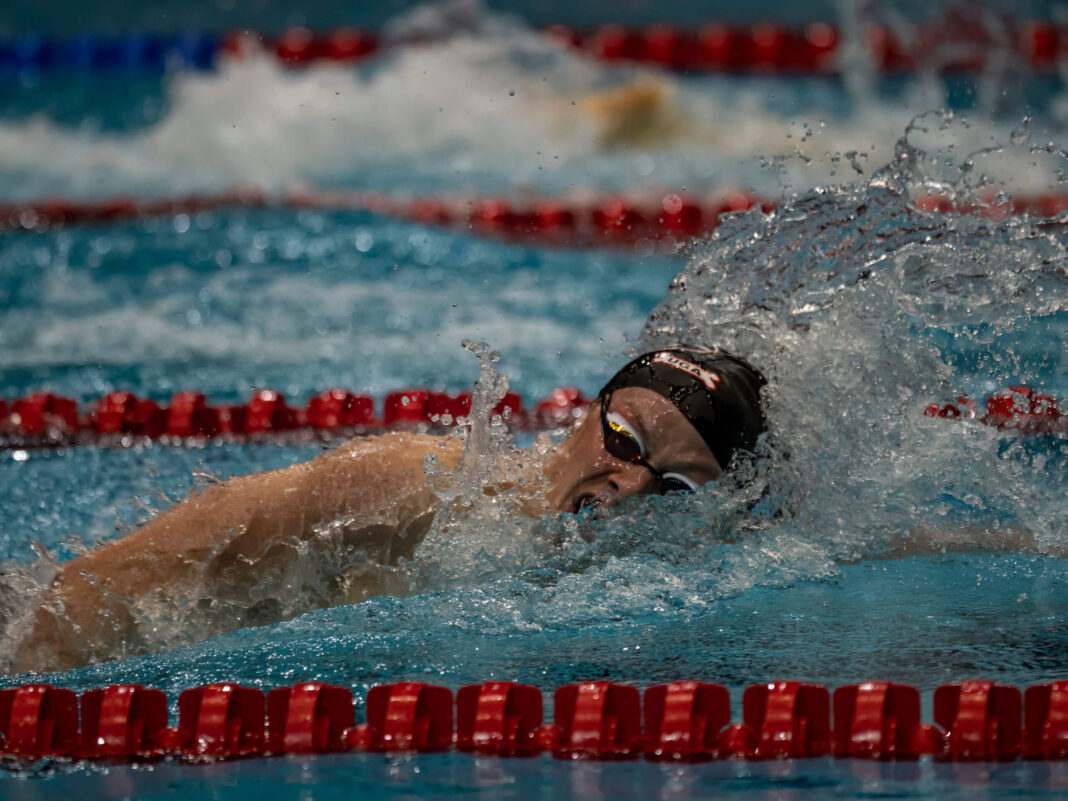 As the Georgia Invitational began Thursday evening, the University of Florida men recorded some sterling times in the sprint events, but the swim of the night belonged to Jake Magahey, a junior swimming for the host Bulldogs. Magahey was the NCAA champion in the 500 freestyle as a freshman and the runnerup behind teammate Matt Sates last year, but with Sates and Kieran Smith having departed college swimming and Magahey coming off the finest long course performance of his career (a win in the 400-meter free at U.S. Nationals), Magahey enters this season as the clear national-title favorite.

In his first suited 500 free final of the season, Magahey had already pulled into the lead by the 100-yard mark, and he expanded the advantage to win by more than three seconds. His time was 4:09.83, by far the quickest so far this college season. Only four men beat that time in last year’s NCAA final, and only two, Magahey and Texas’ Luke Hobson, are returning this year. Magahey ranks third all-time in the event at 4:06.71.

Earlier in the night, Florida’s team of Adam Chaney, Josh Liendo, Macguire McDuff and Eric Friese won the 200 free relay in 1:15.98, with Liendo providing the kicker with his 18.29 second leg. A pair of Auburn squads rounded out the top-three, with Kalle Makinen, Logan Tirheimer, Nathanie Stoffle and Aidan Stoffle finishing second in 1:16.43 and Mihalis Deliyiannis, Ryan Husband, Lewis Treggiden and Henry Bethel placing third in 1:17.44.