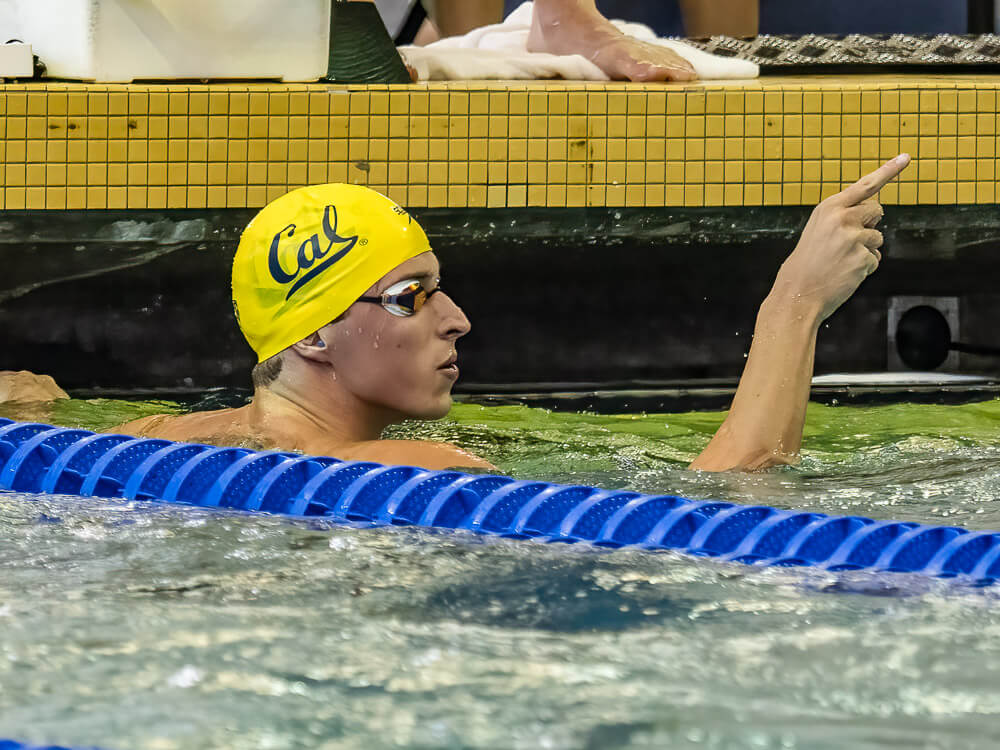 Anyone expecting a duel to preview the NCAA final in the 50 free got a slight surprise Friday morning at the TYR Pro Swim Series Knoxville Day 3 men’s prelims. While current collegians occupy the top five spots, the two holdovers from last year’s NCAA final in the 50 free – and the two swimmers in marauding form through the fall invitational season – weren’t the ones leading the way.

Jack Alexy grabbed the top seed in finals, going 22.42, in a field where the top five were spread just .19 seconds apart. Behind him was last year’s NCAA runner-up Bjorn Seeliger in third, with home-pool hope Jordan Crooks fifth.

Gabriel Jett led the way in the morning session with a time of 1:58.74. That was a half-second quicker than Nicolas Albiero, in a meeting of two swimmers who are plenty familiar with each other from the NCAA pool. Third was Chase Kalisz in 1:59.71.

That relegated some of the American veterans. Justin Ress was sixth in 22.68, with Ryan Held in 22.74. Kevin Gillooly rounded out the final.

With Justin Ress, who had won the 50 back the night before, scratching the 100 in favor of the 50 free, Hunter Armstrong took the initiative in prelims. He went 54.64 to set the pace. That’s a half-second ahead of Destin Lasco, with Hunter Tapp (55.28) in third.

Ryan Murphy eased into the final in fifth in 55.32. Teen phenom Daniel Diehl was .02 ahead of him. Rounding out the final eight is Nicolas Albiero, on the back of a daunting double.

Absent many of the top American names, 34-year-old Brandon Fischer takes top honors in 2:16.93. He was nearly a second up on Thomas Cope for that top seed. Lyubomir Epitropov, the winner of the 100 breast, grabbed the third seed.

Among the wild cards in the final is Trenton Julian, who earned the seventh seed in the final.

Olympic champion Ahmed Hafnaoui has showed he’s in fine form, setting the prelims pace in 3:53.55. That’s nearly a second ahead of Kieran Smith, who takes the second seed. Another Olympic gold medalist, Bobby Finke, is fourth in 3:56.79, with Zane Grothe (3:56.04) in third.

Drew Kibler, Michael Brinegar and Trenton Julian also are in the A final, with another Olympian in Jay Litherland missing out in ninth by .01 behind Julian.

Screening for Postpartum Depression Can Be Challenging