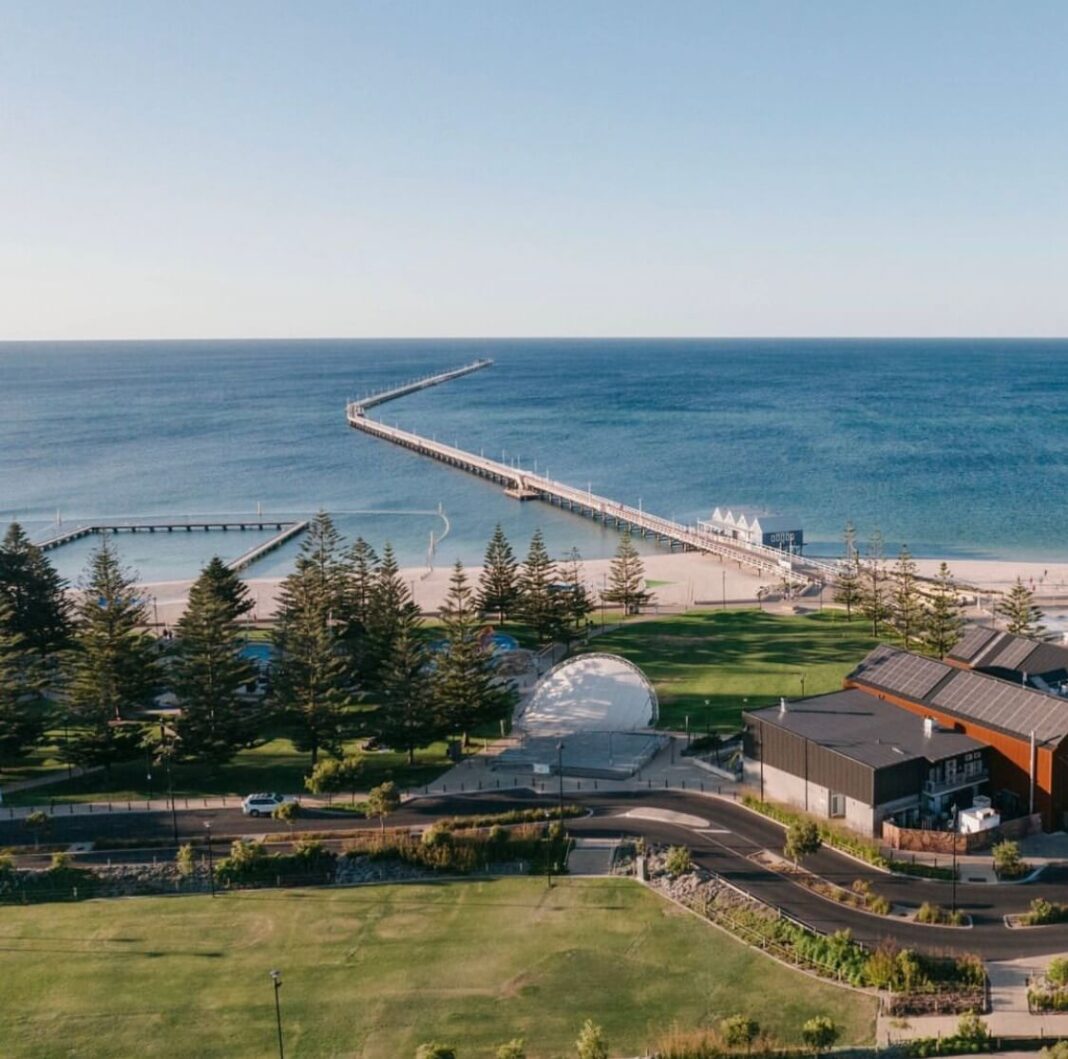 The bustling beach town of Busselton, some 220km south west of Perth, will play host to a three-day Ocean Swim Festival and the Australian Open Water Championships.

And there is a real buzz in the town with thousands of swimmers heading to the beachside mecca for the National Australia Day Holiday, Thursday (January 26) for a day of celebration in and around the water.

The Championships will kick start tomorrow with almost 100 of Australia’s finest and emerging marathon swimmers lining up under the 1.8km heritage listed Busselton Jetty – the focal point for the racing with spectators able to watch the fields swim through the Jetty.

At the end of the 10km National titles –Swimming Australia will name a team of eight – four men and four women for the LEN Cup in Eilat, Israel on March 19 for the second selection race for this year’s World Championships in Fukuoka.

A four-strong Dolphins team – two men and two women will then be named for this year’s Fina World Championships in Fukuoka, JPN where a top three podium finish will earn those placegetters automatic Olympic nomination.

Gubecka, who represented Australia in Rio in 2016, and who missed out in a cut-throat selection process for Tokyo, has re-emerged as one of the real front runners – beating two Olympic champions in the final World Series race in Eilat last year – and particularly following the retirement of Noosa’s Toyko bronze medallist Kareena Lee.

Johnson finished a creditable ninth in her first international race – an encouraging start in her Olympic quest after winning the Australian 10km title in Brighton, SA.

Australian Open Water Program Manager Greg Shaw is excited with what is about to unfold.

“We are in for some nice close racing and with the fields swimming under the Jetty it will certainly pose for a good spectacle,” said Shaw.

“There will be combined fields in the open and 18 and 19 age groups of 50 odd in men and 45 for women, so really good numbers and a really good showing.

“And there are some real rivalries starting to develop with Moesha and Chelsea in the women’s event especially where it will be good to see them go head-to-head and making sure the other girls are paying attention.

“While in the boys we have built up a real strong group of four or five top swimmers and none of them will be able to rest on their laurels.

“They are going to have to be on their game to qualify for the next selection race in Israel.”

“I’m looking forward to the week ahead and I think there is going to be some great racing.

“It is the first time in a while we have been over in WA; a real foundation State in the sport and we are lucky to be able to leverage that and bring the Australian championships over here.

“And for someone like Kyle Lee (8th in last year’s 5km World’s) – it’s his back yard, having been born and bred in Bunbury, just up the road and he is ready to use that and to take his next step which is a 10km qualification.

Moesha Johnson had to endure a lonely, hard-fought training block through November and December as many of her Griffith University Squad members prepared for the Fina World Short Course Championships before taking their Christmas break.

But Johnson at 26 is like a kid in a candy store – knowing that she has an Olympic pathway squarely in her sights – with an addiction for open water swimming.

After surging towards a career in pool distance swimming, specialising in the 800 and 1500m, the Northern NSW born, Gold Coast-based swimmer is hooked on “distance swimming” – making her first World Champion ships team for Budapest last year.

And here she gives a special insight into her world of pool and open water swimming and her lonely laps as she prepares for a busy two years ahead.

“It has been somewhat of a lonely preparation; a different preparation and with open water in January each year there’s always a bit of a lonely training block through Christmas,” said Johnson after her first venture into the Busselton waters yesterday.

“My squad had been away for the big block of work I’ve done but it’s been a good block of work and I think I’ve built really well through it – with only another open water swimmer in Lachlan Walker aiming for these Australian Championships.,

“I’m really excited to get in there and race in Busselton; I haven’t been in the kind of form like this since World’s last year and it’s great to have the feeling that when you step up to the start line that you feel ready and in form.

“To get out there and to see how the race unfolds and really just have a bit of fun with the tactics. “I have become addicted to the challenge of Open Water; there are so many variables to it that putting things from theory into practice is really hard.

“So every time I go out there I feel like I haven’t pulled together my perfect open water race yet so I’ve become addicted to perfecting the art of open water after a very steep learning curve at the start.

“Last year’s World’s campaign was (only) my fourth 10km swim ever and my first ever international 10km race.

“It was like being thrown in the deep end certainly a steep learning curve that I know there is so much room to grow still.

“I’m really excited to see where all the skills I’m learning and all the areas that I’m racing in and the different situations and seeing how I can pull together the understanding I’ve got of open water swimming.

“I would not call myself a seasoned open water swimmer yet but I’m definitely starting to feel more comfortable with playing around with tactics and different things when I’m out on the courses now.

“In Europe it’s not pool swimming and open water swimming it’s distance swimming which is encompassing 800m up to 25km and for me we haven’t really seen it in Australia yet.

“But it is something that all my competitors and even people I’ve swum with overseas for a block for training, they are starting to (move that way).

“Realistically the transition from pool to open water in training has not changed that much. It crossed over quite nicely and it’s actually more the racing in open water that has really been the big shift.

“Even like last year when we had our National Event Camp the coaches sat us down as the distance group and said as a culture in swimming in Australia we really want to bring it together as distance swimming.

“We don’t want to have pool swimming and open water swimming we just want to bring everyone together as distance swimmers under that one umbrella.

“Open Water is a beautiful community, made up of pure work and pure tough ness and with that comes a lot of respect and brings a lot of camaraderie and they are all quite humble achievers in a way.

“It is a great team to be part of and I believe it has the potential to become such a public event. I’d like to see the sport grow so much with a re-imagination and showing the world how tough we are when it comes to distance racing.”