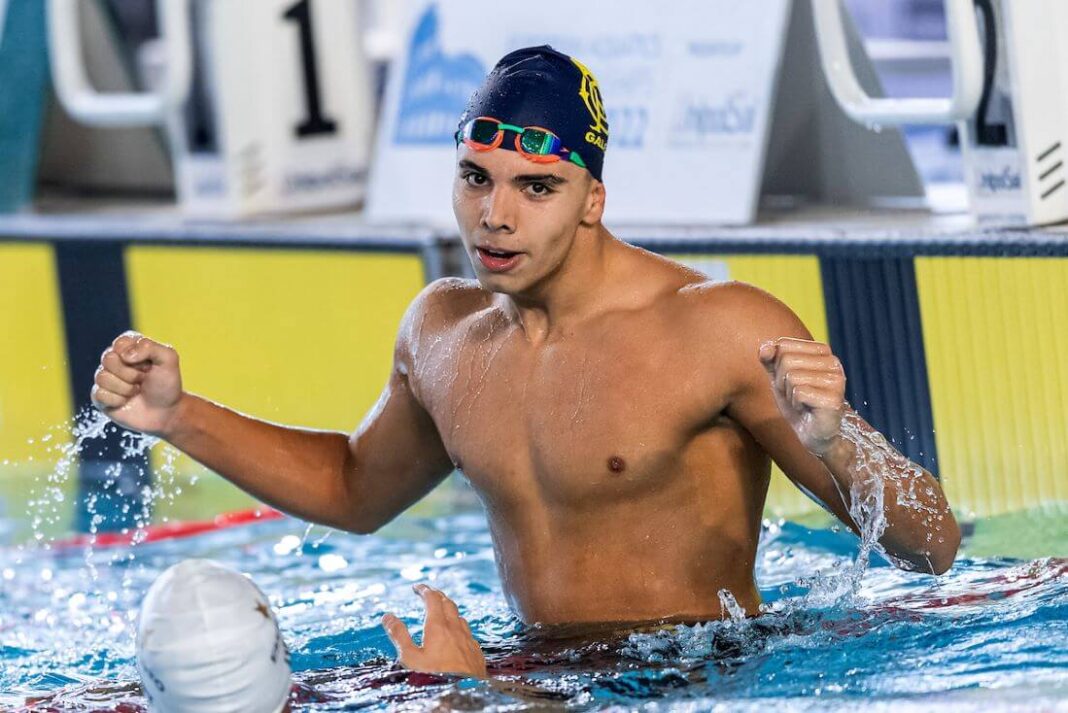 Italy has featured two of the world’s premier distance freestylers in recent years in Gregorio Paltrinieri and Gabriele Detti, and the future looks equally bright with Lorenzo Galossi on the scene. On Saturday, the 16-year-old phenom picked up the gold medal in the 800-meter freestyle at the European Junior Championships in Bucharest.

Galossi sat in second place for the first half of the race before moving into the top spot and producing a winning time of 7:52.04, which was a little less than two seconds up on Romania’s Vlad-Stefan Stancu, who was timed in 7:54.02. Stancu won the 1500 freestyle earlier in the meet and was followed by Poland’s Krzystof Chmielewski as the bronze medalist in 7:56.81. Chmielewski held the lead through the 400-meter mark, when Galossi started to pull away.

On the second day of the meet, Galossi secured the silver medal in the 200 freestyle behind Romanian David Popovici, the reigning world champion. Galossi checked in with a time of 1:47.71 in that event, an effort that suggested big things to come for the Italian’s stronger disciplines – the 400 freestyle and 800 free. The 400 free is still to come, scheduled for the last day of the meet on Sunday. Galossi was 12th in the 400 free at the recent World Champs.

With Italy surging on the global scene, evident in its nine medals at the World Championships, Galossi is expected to figure into the lofty expectations for the country at the 2024 Olympic Games in Paris.

8 conclusions from the 2022 Giro d’Italia Donne