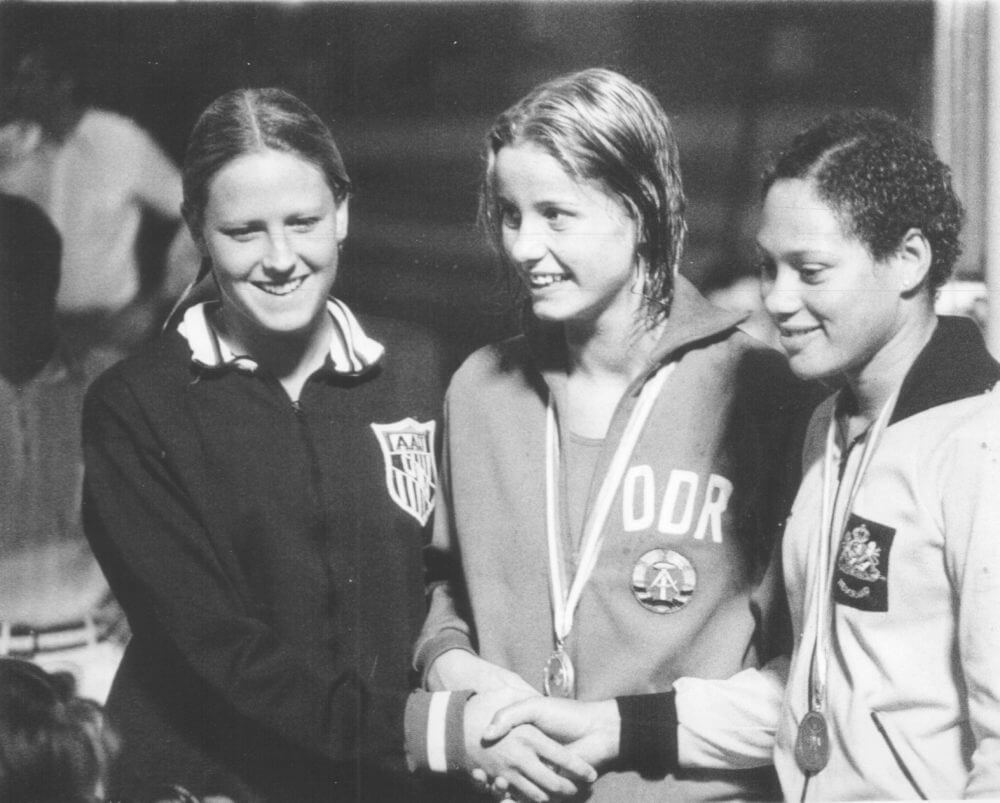 So, the door is ajar? Is that what the International Olympic Committee has suggested? Seems to be the case.

A few days ago, in what can only be described as a terrific decision, the IOC declared American Jim Thorpe as the sole gold medalist in the pentathlon and decathlon at the 1912 Olympic Games in Stockholm. Prior to the governing body’s announcement, Thorpe was the co-champion in the events, a 100-year-plus saga surrounding a man deemed one of the greatest athletes in history.

One year after handily defeating the opposition in both events in the Swedish capital, Thorpe was stripped of his titles when it was revealed he had accepted money while playing professional baseball. Thorpe’s actions violated the IOC’s amateurism rules, and it wasn’t until 1982 that Thorpe’s gold-medal status was reinstated, albeit as a co-champion with Norway’s Ferdinand Bie in the pentathlon and Sweden’s Hugo Wieslander in the decathlon. Through this new IOC decision, Bie and Wieslander have been changed to silver medalists.

Since the IOC has corrected an injustice from the past, and adjusted the allocation of medals in two events, an obvious question arises: Are we a step closer to the IOC righting the wrongs that pervaded the Olympic landscape when East Germany dominated via the benefits of a systematic-doping program? More specifically, could the likes of Shirley Babashoff eventually receive their proper due?

Upon the fall of the Berlin Wall in 1989, many of the German Democratic Republic’s operations were revealed. Among them, as documentation shows, was the government’s oversight of a systematic-doping program. From the early 1970s through the late 1980s, East German athletes from all sports were provided with performance-enhancing drugs, most notably Oral Turinabol, an anabolic steroid.

Not only did the doping process enable athletes to develop greater muscle mass, it allowed them to endure grueling training regimens for longer periods. The combination led to East Germany fielding dominant teams at the Olympic Games, World Championships and European Championships, squads which shredded the record books and made competitors look like age-groupers.

Kornelia Ender set 10 consecutive world records in the 100-meter freestyle, cutting nearly three seconds off the standard in just three years. Petra Schneider swam in another realm in the 400 individual medley, her world record from 1982 lasting for 15 years, until a Chinese athlete suspected of doping lowered it. Meanwhile, Kristin Otto won six gold medals at the 1988 Olympics in Seoul.

The GDR treated its athletes like lab rats, teenage girls forced to down the medication without question. If it meant faster times and greater medal hauls, that scenario is all that mattered. If it meant future physical concerns, such as repeated miscarriages and cancer diagnoses, a too-bad reaction was the overwhelming theme. So precise was the doping program that officials knew when an athlete ran the risk of testing positive and would remove the individual from competition ahead of time, often citing illness as the reason for the withdrawal.

Babashoff, one of the greatest female swimmers in history, is the best-known target of the GDR’s doping program. Not only was Babashoff victimized in the pool, would-be gold medals figuratively alchemized into silver and bronze by steroid-fueled opponents, she was vilified in the media as a sore loser. Babashoff was – and still is – a leading voice about GDR drug use, unafraid as an athlete to claim her East German foes were boosted by illicit means. For her bravery and willingness to speak out, Babashoff was given the nickname “Surly Shirley.” Babashoff was denied gold medals behind East Germans in multiple events at the 1976 Olympic Games in Montreal. So was Dutch star Enith Brigitha. Count Canadians Nancy Garapick and Cheryl Gibson in that group, too. And American Wendy Boglioli. At the 1980 Games, Great Britain’s Sharron Davies should have captured a gold medal. Australian Michelle Ford should have won a second. All beaten by East Germans, the list goes on.

The robbery continued at various editions of the World Championships and the European Championships, and the history of the sport has been sullied by inaction and the missed opportunity to allocate medals to the deserving parties. Esteemed journalist Craig Lord has written extensively on the topic and was present in the courtroom when those accused of operating the doping system went on trial. His repeated calls through the years for a medal overhaul, in light of the IOC’s Thorpe decision, are again timely.

Over the years, several East German athletes have fully admitted their forced participation in the doping program and the impact it had on their performances. Others have stated it might have been possible, with additional athletes denying the impact. Regardless, the documentation exists, and the court proceedings further highlighted the operation.

Swimming World has long argued for the International Olympic Committee to act and provide those who had their Olympic glory stolen with their rightful awards. And with the IOC taking the step to properly recognize Thorpe for his achievements, a pathway has been created to correct the errors of the past related to doping.

Computers have a delete key. Pencils have an eraser. Our voices have the ability to say, “I’m sorry” or “You were cheated” or “You deserved better.” There is nothing wrong with admitting a mistake or rectifying an injustice. Rather, taking a step back and acknowledging an impropriety can be applauded. It demonstrates a desire to get things right, regardless of the time elapsed. The bottom line is to achieve the right result. As the cliché goes, Better Late Than Never.

Jim Thorpe died nearly 30 years before his Olympic titles were restored to co-champ status. He’s been gone for almost 70 years now, the point at which he has been reestablished as the sole gold medalist in his events from an Olympics more than a century in the past. At least those who took up his fight, particularly the group known as Bright Path Strong, can celebrate.

“We welcome the fact that, thanks to the great engagement of Bright Path Strong, a solution could be found,” IOC President Thomas Bach said. “This is a most exceptional and unique situation, which has been addressed by an extraordinary gesture of fair play from the National Olympic Committees concerned.”

Now, the IOC can offer another solution and repair history for additional athletes – most of whom are alive and would have the chance to see their training and sporting efforts honored as they should have been in the pool.

The International Olympic Committee has opened the door. Invite these athletes through and correct their injustices.

It’s the right thing to do.

Is arching your back when benching right or wrong?

It’s you against you.