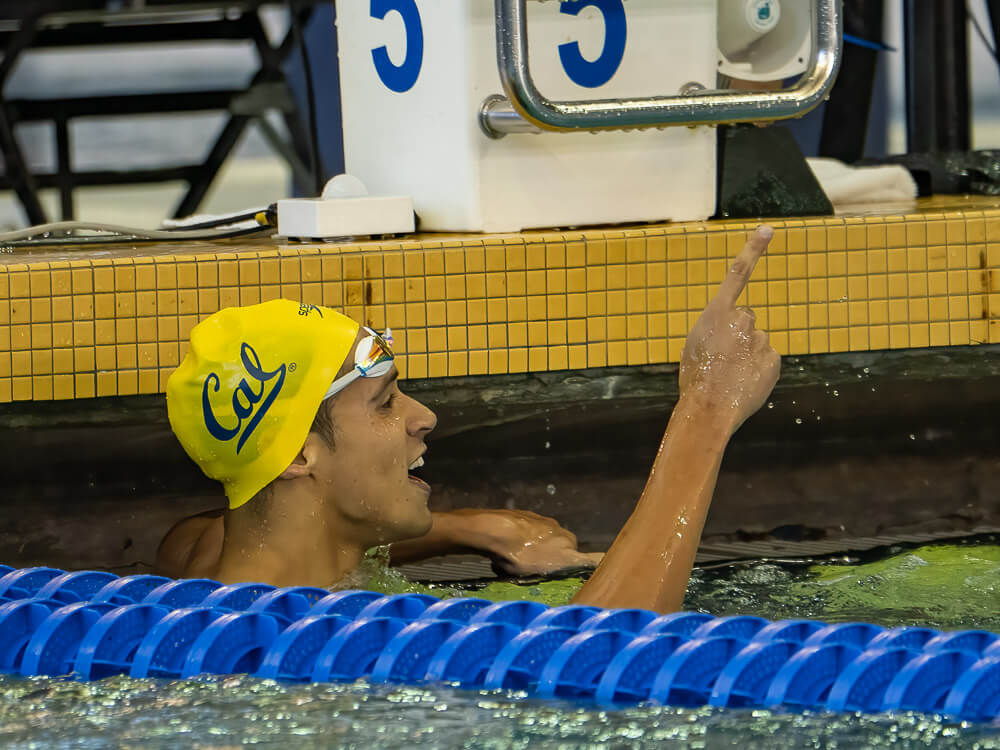 There has been considerable speculation about the plans of Cal’s Hugo Gonzalez, the reigning NCAA champion in the 400-yard individual medley. Will he race for the Golden Bears this season, as a fifth-year eligible athlete? Will he opt for a professional route? During an interview with Swimming World’s Emilia Martinez, Gonzalez confirmed his upcoming plans, which include a return to Berkeley and run at another NCAA team title for the Bears.

Gonzalez took a long break after last summer’s World Championships in Budapest and will be in action at the upcoming World Short Course Championships in Melbourne. After the December World Champs Down Under, Gonzalez will rejoin the Golden Bears on the college scene.

“After having achieved all my long-term goals in swimming between the (2021-2022) seasons, and having struggled with some important personal relationships, I felt like I needed some time off to go home,” Gonzalez told Swimming World. “(I needed) to set new goals and to visualize what I want my future to look like.”

After Gonzalez helped Cal defeat Texas for last year’s NCAA team championship, in another showdown between the power programs, the Spanish star went home after completing his senior year. It was an opportunity to refocus and define what he wanted to achieve.

“This season looks more like what my life would be like as a pro than as a college swimmer,” Gonzalez said. “I want to use it as a test to figure out where and how I’d like to keep swimming and see if it’s as motivating and fun as college.”

Gonzalez has represented Spain at two Olympics, and with the 2024 Games in Paris on the horizon, he is searching for the right fit in the sport and life. Nonetheless, he knows he’ll be back in a Cal suit for the spring semester, which is a major positive for the Golden Bears. With Gonzalez back on the roster, coach Dave Durden’s squad receives an immediate boost – in individual events and relay action. More, a showdown between Gonzalez and Arizona State’s Leon Marchand and Texas’ Carson Foster in the 400 IM will be a can’t-miss event. Last spring, Gonzalez led Marchand and Foster into the wall at the NCAA Champs, setting an NCAA record of 3:32.88.

“We’ll try to build a good base from there until our conference meet in February and hopefully be ready to score some points to help Cal at the 2023 NCAA Championships in March,” Gonzalez said of his return to Northern California.

Down the road, Gonzalez is focused on finding the right balance to his life.

“I’m still figuring out who I want Hugo Gonzalez to be if we take the swimming word out of the equation,” he said. “In other words, focusing on avoiding what psychologists call losing the athletic identity.”

Gonzalez said he would like to work his way to New York as a Software Engineer once he is ready to move on from swimming.

How to Work Out with Bala Bars: Warm Up Your Shoulders with These Exercises | #Shorts

How to Write An Effective Press Release