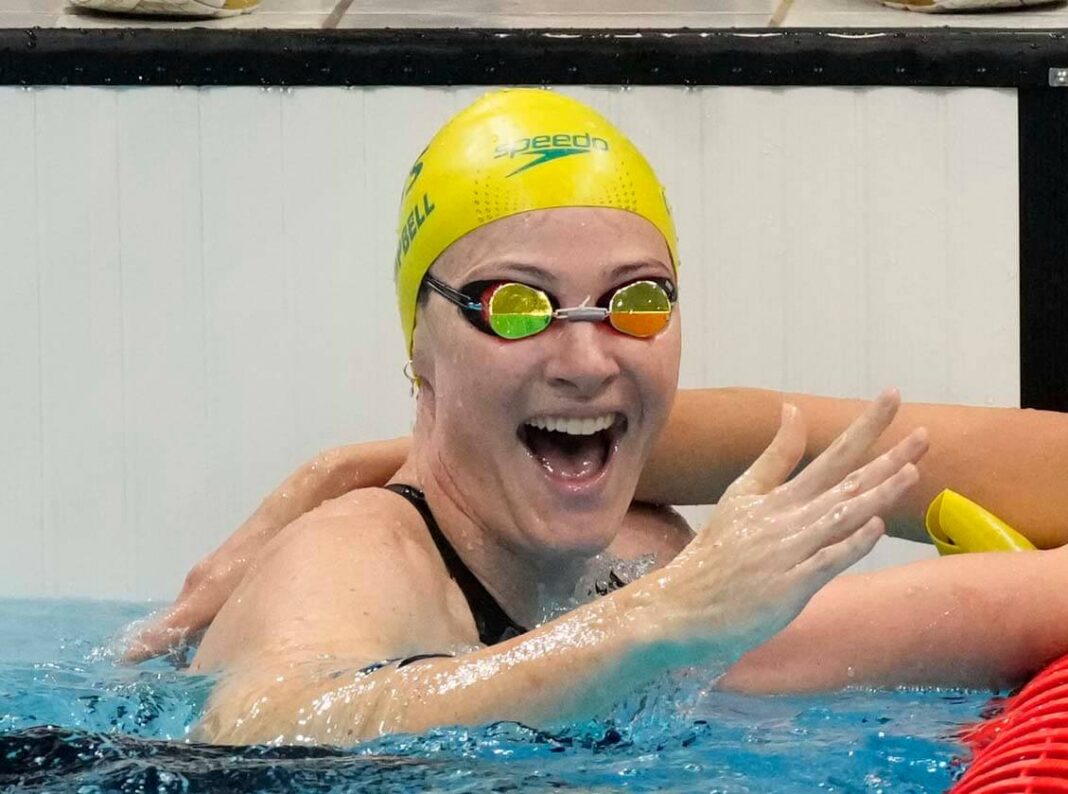 You have to hand it to Cate Campbell. The same week she takes her first serious strokes towards a fifth Olympic Games in Paris in 2024 the face of Australian swimming also puts her hand up as the face of Mental Health Week.

At 30, Campbell has experienced it all – the ups and the downs of an elite sporting career across four Olympic campaigns and everything in between from the Commonwealth Games and World Championships to a Pac Pacs domination and a string of world records.

The kid who grew up in Malawi and whose majestic prowess in the pool has earned her 39 major international medals, 27 of them gold, eight of them at an Olympic Games, four of those gold.

She has been the name and the face of the Dolphins teams since she burst onto the scene at the 2008 Beijing Games.

Severe pancreatitis forced her to shut her 2012 Olympic Games short and in 2016 there was the public melt down after the reigning world record holder failed to medal in her pet 100m freestyle.

In her own mind she was supposed to win and a soul destroying moment in time became a soul searching mission to fall back in love with the one constant in her life – that black line at the bottom of the pool.

Then, Toyko 2020 was postponed and life would fall into another continuous tumble turn that saw so many struggle to surface as they searched for more answers – answers that would eventually take Cat Campbell to a special place in Tokyo in 2021 and what a golden Games they were.

But this week as she takes the plunge to continue her swimming odyssey she also talks about a moment that she hopes will help others overcome their own mental demons to reach new heights.

An ambassador for Mental Health Week in Australia, Cate tells her story of the day she lost it, the day she was heating up milk in the microwave when the power tripped.

“Instead of just going outside and flicking the power back on, I dissolved into a sobbing mess,” Campbell has told the Herald Sun, after she was diagnosed with depression in 2020.

“Not just a few tears … gut-wrenching sobs which came from a place deep within me. I was overwhelmed by grief, anguish, loneliness, shame and a deep sadness – the likeness of which I had never experienced before.

“I knew this wasn’t a normal reaction to the power tripping out, so I booked myself into seeing a clinical psychologist immediately.”

With the Tokyo Olympics postponed and already suffering from injuries and a relationship break up, Campbell was living every day in mental anguish.

“I was living away from friends and family in Sydney and very lonely,” she told journalist Patrick Tadros.

“Managing the incredibly high demands of training for the Olympics and being very unhappy in my personal life while also struggling to manage physical injuries just became too much.”

Campbell was also afraid of sharing her battle with depression.

“I was terrified people would see me as weak or defective in some way,” she says.

“I lied about my appointments with the psychologist and when I was eventually prescribed anti-anxiety medication, I made sure I hid the medication from my roommate in case she googled the drug and found out my secret.” The Mental Health Measure 2022 survey, conducted by WayAhead, also found that 84 per cent with a mental health issue have been judged or criticised because of it.

“I only realised I had a subconscious stigma towards mental health when I was confronted with my own battles … I never viewed mental illness as a weakness, until it happened to me,” Campbell says. “I never judged anyone for suffering from it, until I judged myself.”

Campbell is using her personal experience to push for greater awareness of depression and remove the stigma of the condition this Mental Health Month.

“The earlier we start having those conversations about it, the better,” said Campbell.

Making the team for Paris will see Campbell become the first Australian swimmer to compete at five Games after she and Emily Seebohm made it four in Tokyo, joining another four-time Olympic swimmer, Leisel Jones.

After her life long coach Simon Cusack moved on from full-time coaching Cate was forced to find a new coach for the first time in her life and Rackley Swimming head coach Damien Jones at Brisbane’s Centenary Pool is the man chosen to guide her on a journey not even Cate herself would admit was possible…but one she can be immensely proud of and one that isn’t over yet.