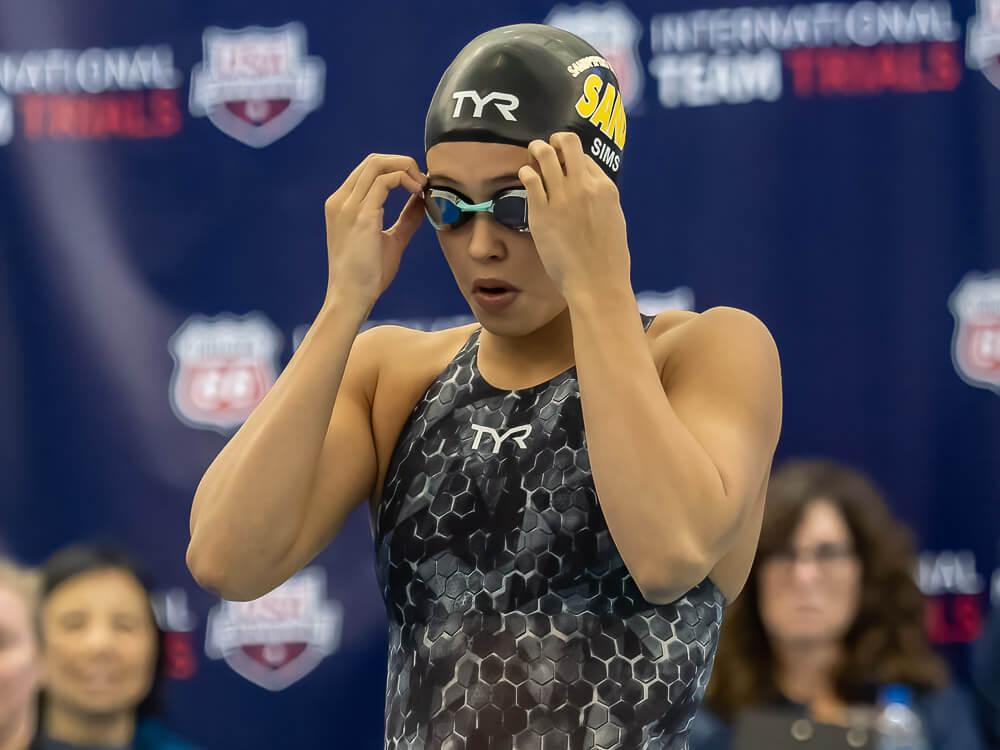 The top 18-and-under swimmers in the United States will show off their skills the second weekend of December at a pair of Junior National Championships held in short course yards, with the east edition taking place in Greensboro, N.C., while the swimmers from the western portion of the country will race in Austin, Texas. These meets often serve as introductions for swimmers soon to be making their marks on the senior level, but we also get a chance to watch already-established youngsters record times that would rival those in NCAA competition.

For instance, at last year’s Juniors West meet, Bella Sims and Katie Grimes both swam times faster than the eventual winning marks at the NCAA Championships in the 500 free while Grimes surpassed the eventual winning time in the 1650 free and gave a first indication that she would soon be a national and international contender in the 400 IM. Indeed, both will be in action again this year in Texas in what will be the final Juniors for Sims before she begins her college career at the University of Florida, and they won’t be the only established standouts in action.

The biggest name entered in the Greensboro meet is actually world champion Summer McIntosh, who is currently training with the Sarasota YMCA Sharks and just swam at the U.S. Open, where she lowered her own world junior record in the 400 IM. McIntosh is listed well down on the psych sheets as her entry times are long course, so it will be interesting to see what this 16-year-old has in store for her first foray into short course yards competition. McIntosh will race the 500 freestyle, 100 butterfly, 200 free, 200 backstroke and 200 fly. It’s very possible that she could become only the third woman in history under 4:30 in the 500 free along with Katie Ledecky and Leah Smith. Could she also join the exclusive sub-1:50 group in the 200 fly?

Meanwhile, top American swimmers include seven members of the U.S. roster from this summer’s Junior Pan Pacific Championships, including three Carmel swimmers: Alex Shackell, Aaron Shackell and Berit Berglund. Fresh off a huge showing at the FINA World Cup in Indianapolis, Alex Shackell’s butterfly swims will be can’t-miss to see how low she can take her times in relation to the top marks in college swimming (even though Shackell is only a high school sophomore).

On the men’s side, Daniel Diehl will be racing yards after winning the 100 and 200-meter back at the U.S. Open this week and getting close to the 53-second barrier in the 100-meter event. Thomas Heilman will be back at Juniors after breaking four 13-14 National Age Group records at last year’s Juniors and going sub-52 in the 100-meter fly at Junior Pan Pacs, and Kaii Winkler will highlight the short freestyle races after knocking off a Caeleb Dressel National Age Group record in the 100-yard free last month. Sarasota YMCA and Junior Pan Pacs swimmers Michaela Mattes and Gracie Weyant are also returning to Greensboro after racing at the U.S. Open last week.

On the men’s side, Maximus Williamson will highlight the IM events after taking gold in the 200 IM and silver in the 400 IM at Junior Pan Pacs. Rex Maurer will face off against Junior Pan Pacs teammates Keaton Jones and Cooper Lucas in the 500 free, and 50 free silver medalist Diggory Dillingham will race in the sprint events.